Christmas UFO. A Merry Christmas from We Are IF.

To get you in that yule time spirit.

As a distant war was intensifying and the city of New Orleans was slowly recovering from a hurricane's devastation, ten days before Christmas 1965, the National Aeronautics and Space Administration got an early holiday present: astronauts Walter M. "Wally" Schirra Jr. and Thomas P. Stafford, aboard Gemini 6, rendezvoused in space with Gemini 7, piloted by Frank Borman and Jim Lovell.

The Gemini 6 rocket had been sent into orbit several days after Gemini 7. Schirra and Stafford maneuvered the capsule to within a few feet of their sister ship for the first, historic, prearranged meeting in space.
Schirra the capsules main pilot eased his craft away, and the crews settled in for a short nap. The maneuver showed the most exacting pilot moves and computer control of a space vehicle that had been attempted.
Its success showed those at Mission Control that it could link two vehicles in space.
Just before Stafford and Schirra followed the planned schedule and needed to reenter Earth's atmosphere on December 16, the pair reported they had sighted some sort of UFO.
Schirra recounted the moment when Stafford contacted Mission Control in Schirra's Space, diary he wrote:

"We have an object, looks like a satellite going from north to south, probably in polar orbit.... Looks like he might be going to re-enter soon.... You just might let me pick up that thing.... I see a command module and eight smaller modules in front. The pilot of the command module is wearing a red suit." 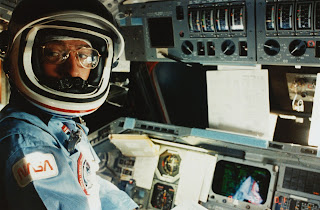 This when ground controller heard the, both familiar and otherworldly, melody of  "Jingle Bells," played on a harmonica backed by—what else?—miniature sleigh bells.
Today that harmonica, a tiny, four-hole, eight-note Little Lady model made by Hohner, along with the five small bells, the kind that might be found on Santa’s sleigh, can be found on display  in a gallery on the second floor of the Smithsonian National Air and Space Museum.
The quirky artifacts, which Schirra and Stafford donated in 1967, these also included a display of the personal items these astronauts had taken with them
into space, along with such standard-issue gear as long underwear and survival knives.
According to curator Margaret A. Weitekamp, the harmonica and bells were the first musical instruments ever played in space.
Making Jingle bells the first song to have ever been played in space, live music from space represented a giant leap for the performing arts, not to mention Santa's public relations.
Well that is if ET doesn’t also celebrate Christmas?
In the early days of space exploration, there wasn't much room for personal items, though each astronaut was permitted to take a handful of their most valued trinkets, most commonly these consisting of small souvenirs the astronauts wanted to bring back as presents.
"I think people are fascinated by the detail and textures of what people have taken into space," Weitekamp said.
"We want to remind the public that these cramped quarters were the workplaces of these men. They wanted to personalize their workplaces just as others personalize their offices and cubicles."
Reminds me Yondo and his collection in the Guardians movie.
Music, was not new to space. Mission Control had routinely played recorded songs to wake up astronauts.
The Santa Claus plot had been put together weeks before the Gemini 6 mission.
Stafford recalled “Wally came up with the idea,"
"He could play the harmonica, and we practiced two or three times before we took off, but of course we didn't tell the guys on the ground....We never considered singing, since I couldn't carry a tune in a bushelbasket."
"I could hear the voices at Mission Control getting tense," Stafford adds, "when I talked about sighting something else up there with us. Then, after we finished the song, [Mission Control's] Elliot See relaxed and just said, 'You're too much.'"
Another Christmas story begins on Christmas Eve and brought some celestial magic to hundreds of people across Germany.

witnesses reported seeing between one and three glowing orbs in the night sky, these orbs had tails described as white, red, or green, depending on the location of the person who was observing. 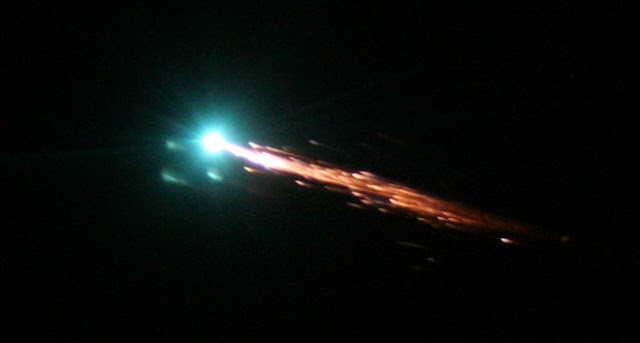 These witnesses were convinced they were seeing a UFO or, given the time of year and color scheme, was it Santa and his sleigh.
the mysterious objects' identity did however come to light from the compiling of the eyewitness reports:
What they saw was something a little less festive than Santa’s sleigh
The large object they spotted broke into several smaller pieces, each with its own tail streaking out into an individual arc across the sky.
This pattern is something that is seen when objects are re-entering Earth's atmosphere from orbit, the tails coming from them burning up as they cut through the atmosphere.

First suggestions from experts said they had seen either a meteorite or orbital debris, as space junk.

These strange Christmas lights were eventually identified as pieces of spaceflight history.
A Soyuz rocket.
Royal Observatory of Belgium, issued a statement saying “The fireball observed above Belgium, the Netherlands, France and Germany on December 24 around 17h30 was the re-entry of the third stage of the Soyuz rocket that transported the Dutch astronaut André Kuipers to the [International Space Station]."
Or could they be covering for the guy in red keeping his secret providing an alternate explanation so Santa could deliver his gifts on time.
UFO Sightings over the Christmas period usually rise, so get in on the action and watch the skies.....who knows we might spot a guy in a red suit.
A merry Christmas and happy New Year to you all
Thank you so much for your support during 2018
It’s been a great year and I am happy to have had a chance to get to know a few of you.
I am looking forward to 2019 and the hope I will make many more friends here on the channel. Enjoy your holidays 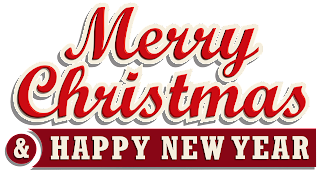 And for maybe the last time of 2018……
Let me know you thoughts in the comments below
If you enjoy what we do here on the channel hit that subscribe like and share
You can catch the latest by searching we are if
Thanks so much for watching see you next time
at December 24, 2018