Tom Delonge To The Stars Academy Of Arts & Science Inc


UFO’s as we know do not need to be alien in origin.
They can just easily be something created BY THE SECRETIVE PROGRAMS IMPLEMENTED by the governments and the militaries of the world.
We took a look at the TR3b in another video linked above, in that video i talked about the possible alien origins of the technology that is being used, in this video I want to take a look at many other types of advanced aircraft which are being developed.
These aerospace marvels could truly be classed as UFOs as most people would not recognize what they see.
Let’s take a look at the capabilities and technologies used by these aircraft and see what the future of manned flight could look like. 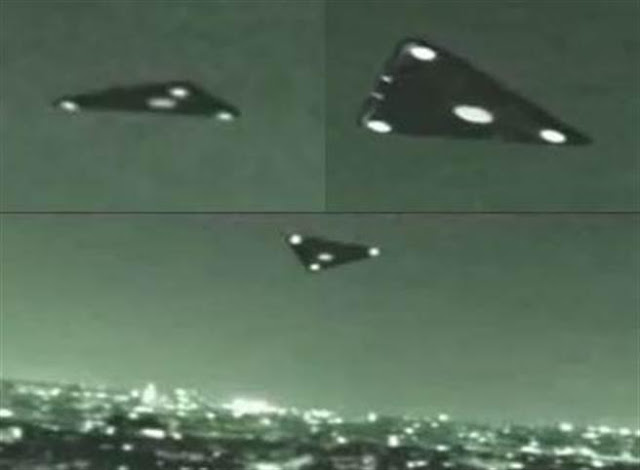 The military has an almost unlimited budget and it is often the first place new technologies are implemented.
It is speculated that the technologies available to consumers are some twenty five years behind the leading military edge.
These engineering and scientific advances are cloaked in secrecy.
According to estimates, the US government classifies up to 500 million pages of documents each and every single year.
This is done in the name of ‘national security.’
Special Access Programs (SAP) are unacknowledged and waived programs which do not exist publicly, but in actuality do indeed exist.
They are better known as ‘deep black programs.’ A 1997 US Senate report described them as “so sensitive that they are exempt from standard reporting requirements to the Congress.”
The five biggest companies who receive the largest pieces of this secret pie are
Lockheed Martin with 29.4 billion followed by Boeing with 14.6 billion. The arms manufacturer
Raytheon has 12.3 billion.
The final two being General dynamics 11.8 billion and Northrop Grumman 9.5 billion
These are the world leaders in fields ranging from AI and robotics to advanced medical procedures to the subject of this video the bleeding edge aerospace program.
The government does however have a problem keeping these technologies secret, no matter how hard they try.
Former employees leak details of the projects they have worked on and foreign governments are always trying to nab a sneaky peek at other countries military capabilities.
The public are also pretty eagle eyed.
Snaps and video of these craft are quickly uploaded and shared around the world, when someone is in in the right place at the right time to capture one of these billion dollar birds shooting through the skies. 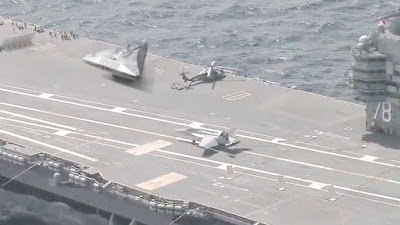 So what aerospace projects am I talking about?
The first that springs to mind and is not so secretive are the many programs developed by Lockheed martin and their teams at the skunk works facility.
They have provided the world with some of the largest leaps in aviation going all the way back to the fifties and project ox cart a program that birthed the sr71 blackbird.
Today they are working on a project titles the RQ170.
RQ-170 Sentinel is a high altitude and long distance unmanned aerial vehicle. It was developed by our number one secret contractor Lockheed.
Their secret Skunk Works operations designed and built the craft for United States Air Force (USAF).
The UAV can capture real time imagery of the battlefield and transfer its data to the ground control station (GCS) through a line of sight (LOS) communication data link.
The cutting edge drone has seen action in Afghanistan being used as part of operation enduring freedom. This is where it earned its nickname “the Beast of Kandahar.”
It has an operational altitude of 50,000ft, the RQ-170 tailless flying wing design makes it look similar to other advanced aerospace technologies like the RQ-3 Darkstar and P-175 Polecat.
At 27.43m wide and 1.82m and made of composite materials it was designed to execute intelligence, surveillance, reconnaissance and target acquisition (ISTAR) and electronic warfare missions over a given target area.
The next advanced plane is the X41. 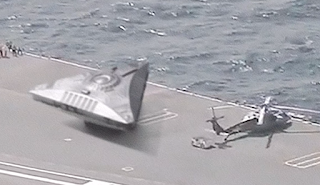 The DARPA Falcon Project is a collaborative project between the well-known ‘Defense Advanced Research Projects Agency (DARPA)’ and the United States Air Force.
The program has two parts the first aims to develop a reusable, rapid-strike Hypersonic Weapon, this platform has been titles the Hypersonic Cruise Vehicle (HCV).
Blackswift was a subproject under the banner of the larger Falcon project.
The plan was to use a fighter-sized unmanned aircraft which would take off from a runway and accelerate to Mach 6. “That’s about 4,567 mph “before completing its mission and then return to base.
The Blackswift HTV-3X did not receive the needed funding and it was canceled in October of 2008.
Research under FALCON program does still continue and it is centered on the X-41 Common Aero Vehicle (CAV), the prototype Hypersonic Technology Vehicle 2 (HTV-2) first flew on 22 April 2010; the second test flew 11 August 2011 and I wonder if those tests generated a few UFO reports?

The SR 72 is the next X-plane out of the already mentioned skunk works.
The newly-branded SR-72 unmanned aircraft takes advantage of a new breakthroughs in hypersonic propulsion technology they may have solved the difficult puzzle of how to accelerate from M0.0 to M6.0 using the same propulsion system. Designed to be the counter to counter stealth. Flying both high and fast making it all but impossible to be intercepted by another air vehicle or a missile.
The problem with hypersonic propulsion has always been a gap between the highest speed capability of a turbojet and the lowest speed of a ramjet.
The SR-72 can reach speeds of M3.2 with its specially designed of the Pratt & Whitney J58 engine. Beyond M2.5, the engine is converted into a low-speed ramjet propelling the craft to its maximum velocity.


The SR72 looks very missile like in its appearance the long slender winged design being very reminiscent of a 1950’s rocket ship.
The final aircraft that could commonly be identified as a UFO is known well by the public the Northrop B21 Grumman, this being said detailed information on the B-21 Raider is still scarce.
At first glance the B-21 looks very much like the Northrop's B-2 Spirit, It seems that the Northrop team got the B-2's design almost perfect over thirty years ago.
The military did need to add the capability low-level flight came out of fears that Russia would field increasingly more advanced radars that would neutralize the B-2's low radar pattern.
This low radar pattern coming from the vehicles odd shape with its wedge design and trademark sawtooth trailing edge,  which came about as a result of the USAF's change in requirements that demanded the aircraft have low-level penetration capabilities.
Today the B-2 remains a "silver bullet" weapon system—truly a low-density, high demand asset a jewel in the American militaries crown.
The tiny US fleet continues to get upgrades that will allow it to remain relevant into the second half of the 21st Century.
These being tested over the United States and no doubt are the cause for the countries ranking as the number one place to see a UFO!
These aircraft are impressive but they will become as common place as the F 22 or the B52 stealth bomber.
They will be seen routinely flying sortes over future battlefields, which will be viewed through the media and by us average Joes.
What technological capabilities do you think we will see in the field of aviation in the near future?
Have you or anyone you know seen one or any of these strange advanced airplanes?
Let me know in the comments below
at November 04, 2018