Have you heard or seen the Hatman?

Who is this Hatman, a little-known superhero!
Well not quite, but it is a phenomenon you may have heard of being reported by many. 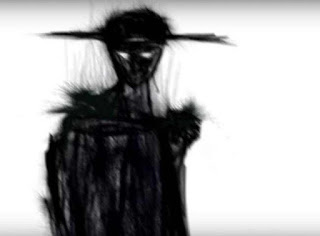 The shadowy figure which manifest in front of terrified witnesses dressed in old clothing and as the name implies a large top hat.

Many claim this ghostly figure to be the devil himself, strange as when he shows himself many reports being unafraid!

Hat Man also appears to be a global phenomenon, an experience shared by thousands of people around the world.

Is he a demon? A mischievous spirit? Or something else entirely?


Many have not heard of this spectre and they don’t realize how widespread the phenomenon of Hatman is, often until they’re driven to research it themselves after a spooky visit from the spirit.
What they discover is a range of tales and bizarre sightings, these sightings describe a tall man, six to seven feet tall, wearing a trademark top or English bowler hat.
Popping up when least expected he is seen in quick glances reflections of mirrors and in quick peaks into empty rooms. Most of the time stood motionless staring with an enormous grin across his face eyes that emanate a dark light which sends shivers down your spine.
Take a second glance and, he’s gone!
Most Sightings occur in bedrooms, just as people are getting ready for their nightly rest, and sometimes just as they wake up.
Hat Man can, and often will appear just about anywhere, in broad daylight and even in front of groups.
Large numbers of stories about this figure can be found online and Shadow men as a paranormal topic.
The first real mention of the Hatman goes back to April 12, 2001, when Art Bell of a coast to coast fame interviewed Thunder Strikes, First Nation peoples elder, teacher, and co-founder of the Deer Tribe Medicine Society.
In the interview, the pair talked at length about the topic of Shadow People and encouraged those who were listening to send in their own drawings of this terrifying phenomenon.
The radio station was inundated with images it turned out way more people than anyone could have imaged were experiencing encounters with shadow figures and the Hatman.
The subject of shadow people has been debated by followers of the paranormal hotly with no consensus on if these entities are good or evil.
Some even make the claim that Shadow People are inter-dimensional in nature and are travelling to our dimension trying to interact with us more like explorers.
A subset of those who were talking about their experiences with shadow had specific images a man in a hat and when they compared stories it was concluded that this was the same entity appearing to multiple people.
This became known as “Hat Man” syndrome.
The Hat Man can be differentiated from Shadow People when he appears, the Hat Man is always wearing a wide-brimmed hat, a long trench coat and though most are unable to make out any distinct facial features, no eyes, no nose or mouth, only blackness.
He is usually described as a solid black mass rather than semi-translucent shadow like the “shadow people”.
The Hat Man’s lower body is said to float silently above the ground. He moves very slowly almost flowing through the air and across the room in which he has appeared.
The Hatman phenomena are often centred around basements and, according to those that have experienced an appearance, he appears to manifest in situations of intense negativity and family dysfunction. This family dysfunction can see the HATMAN appearing to more than one member of a family. 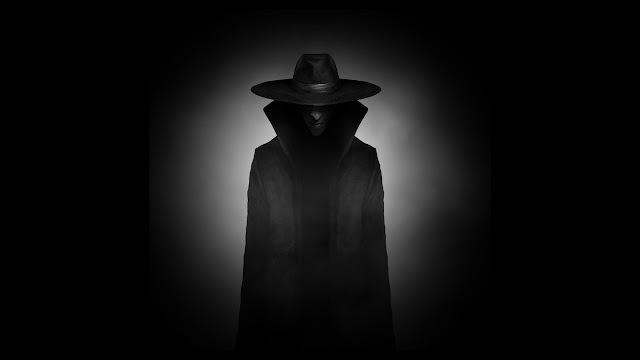 Many who report experiences with the Hat Man believe that the entity has been part of their lives since their childhoods. Somehow bonded with the witnesses.
The Hatman appearing periodically through their lives often in times of stress and unhappiness.
One witness recounted a sighting saying:
They had a very vivid memory of having a run-in with what they could only describe as a Hat Man. As far as the witnesses memories went, they would always spot him in the same long hallway in their basement, usually paying no mind to the witness whatsoever.
The person goes on to say how they continued to have these harmless encounters for a year before Hatman disappeared altogether.
The story is concluded when the witness says that out of now where A black -two-dimensional being appeared. It just walked right through a door.  Paralyzed with fear the witness sat and looked at it and hoping it would not take notice in the dark area.
It stood for a moment and they could see the very detailed contours of its form. It wore a derby, carried a briefcase and a cane. It appeared to be dressed like someone on business or a traveller!!
the Hat Man could easily be placed into the same category as Shadow People, but the more research, its easy to discover just how many people are having what amounts to truly unique experiences with this strange entity, these to the point where there is no doubt that the Hat Man is a separate phenomenon.
What are these entities and why do they seem to be so pervasive throughout the world?
Could they be a type of shared psychological phenomenon, something that lays within the human mind an occurrence that causes us to interpret strange experiences in similar ways?
Other researchers have spoken on how fMRI images highlighted in Brain Scans What You See.
Scans of the human minds were used to recreate videos that test subjects had watched.
Many of the figures and people in those images seemed to be place-holders, familiar representations of more complex images.
It is theorized that this is the way our brains handle complicated information, the brain compares the two images and uses differences to identify what we see.
Could a man wear a top hat be one of these placeholders in our minds?
Or are people seeing something their minds are unable to perceive and they default image is for some strange reason a man in old clothing?
Or is there something more nefarious at work?
In this internet age, stories about the paranormal experiences get passed around like wildfire, and it’s easy to think most are hoaxes or exaggerations, but many agree that there has to be something strange happening if there are so many people are experiencing the same thing.
We don’t know exactly who the Hat Man is, what he is or what he wants, but one thing is for certain if you see him, you might want to start examining the relationships you have with the people in your house.
Have you ever had an encounter with the Hat Man?
What paranormal stories would you like me to take a look next?
Let us know in the comments below!