And it was all done in age pre-CGI, yet for decades it fooled many

Experts and your average man on the streets a like.

Today we live in an age when video can be so convincingly created that countries like China are evening replacing real people with digitally rendered creations.

So how did the ‘alien autopsy hoaxers’ pull such a long-running con so successfully for so many years?


I think just about everyone with an interest in the world of the UFO phenomena has seen or at least heard of the ‘Alien Autopsy’ video.
Created by Rob Waugh the film has been seen some 12 million times but the films maker has recently stepped out to reveal the truth behind the famous hoax.
For those that have not seen it, the short film contains very realistic images of an autopsy which looks as if it is being carried out by pathologists from a government agency, they are even dressed in the correct hazmat suits for the time.
The film's maker a former magician has now stepped from the shadows to tell his story. He has seen the events made into a movie and screened on many TV shows and it is easily found across the internet.
He now wants the world to know how he had fooled so many for so long.
Talking about the alien creature seen on video, he explains how he had a foam body created and then filled it with organs he had obtained from a local butchers shop.
The hoaxer had experimented with different substances to see which would look most authentic when on film, he even went as far to try different types of jams to get the best look for when the alien’s brain is examined.
The film was shot in his London apartment where once he had completed filming he spliced his footage into a 1947 Pathe newsreel, this was an igneous move and fooled film experts from companies like Kodak.
Many news outlets went on to show this video appearing on media giants like the BBC and Fox this meant the hoax reached over 11.7 million people.
If it was known to be fake this would make for a good diversion by those in government who wished to perpetuate the myth that extraterrestrials are not real, or maybe that’s just the conspiracy part of my brain kicking in!

The video is said to be based on elements of truth in order to give it more credibility in the eyes of the UFO community, and the world as a whole. The video suggests that it linked to events such as Roswell and that it is part of project blue book, Ray Santilli claimed to be a cameraman that received the video from a former employee of area 51.
but
The whole thing was a clever fake which used well-sourced props and a very good alien corpse dummy. The truth is that it was made on a slim budget in a small London flat by a group of friends thinking that the idea was a hoot. They had no idea it would be taken so seriously and grow so big.
The project only took them 10 days to complete but has now been in the public eye for more than 22 years.
A book is in the works which will tell all on how they made the video and created such amazing effects especially for the time, an age before computer manipulation of images.
Today if a group decided to pull the same stunt it would far easier and we often do see some crude attempts surface on the internet. The technology now exists that could make a digital image perfect and utterly believable.
We can see this idea coming into play today.
China has just revealed to the world a new AI newsreader, its appearance movements and gestures are almost impossible to tell apart from a real person.
China’s state news agency Xinhua introduced the newest members of its newsroom who will report “tirelessly” all day every day, from anywhere in the country and will obviously have no problem reporting untruths and propaganda on behalf of those that program it.
This artificial anchor is named Qiu Hao. The anchor is seen, wearing a red tie and pin-striped suit, all can be easily changed with a click of the mouse. He nods his head in emphasis, blinking and raising his eyebrows slightly.
Xinhua also showed off an English-speaking AI, based on another presenter, who adds: “The development of the media industry calls for continuous innovation and deep integration with the international advanced technologies … I look forward to bringing you to brand new news experiences.”
These anchors were developed through machine learning to simulate the voice, facial movements, and gestures of real-life broadcasters, to present an image that would be identical to an actual person on film but opens up a can of worms and questions.
Why do we need this?
Why choose news anchors?
Who gets to program what is said? 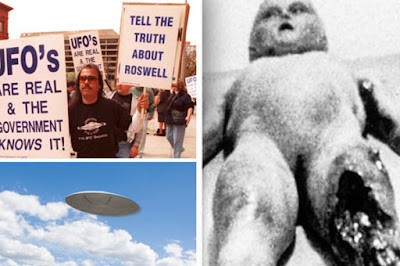 China is giving us a sneak peek of what is coming in our future, recently at a conference in Wuzhen southern China, those in attendance saw their photos flash up on a screen as soon as they passed through security checkpoints, facial recognition technology scanning everyone entering the event in real time.
Companies have been discussing cooperating with law enforcement, providing information for negligent citizens to be put on social credit blacklists. We have all become Targeted individuals a topic you can learn more about in the video linked above.
This dystopian future is almost a certainty with our current dependence on digital media.
Older analogue technologies and images could protect us from these digital manipulations.
It is considerably harder to fake physical film and this is the reason I tend to look more at older film and photos to prove that we are being visited by entities from outer space.
There have been attempts to pull the wool over people’s eyes in the past and these were quickly revealed to be hoaxes.
• A 1949 science fiction movie, "The Flying Saucer," purported to contain scenes of a captured spacecraft; an actor actually posed as an FBI agent and swore the claim was true.
Fake!
• In 1950, writer Frank Scully reported in his book "Behind the Flying Saucers" that the U.S. government possessed no fewer than three Venusian spaceships, together with their humanoid corpses. Scully had been fed the tale by two con men who had hoped to sell a petroleum-locating device allegedly based on alien technology.
Fake!
• In 1974, Robert Spencer Carr began to promote one of the crashes from the Scully book and to claim firsthand knowledge of where the preserved aliens were stored. But as the late claimant's son admitted, Carr was a spinner of yarns who made up the entire story.
Fake!
• In 1987, the author of a book on Roswell released the notorious "MJ-12 documents" which seemed to prove the crash-retrieval story and a high-level government cover-up. Unfortunately, document experts quickly exposed these papers as forgeries.
Fake!
• and In 1990, Gerald Anderson claimed that he and other family members had been hunting rocks in the New Mexico desert in 1947 when they happened upon a crashed saucer with injured aliens found among the still-burning wreckage. Anderson released a diary his uncle had kept that recorded the event. Alas, forensic tests showed that the ink used to write the entries had not been manufactured until 1974.
Bringing us full circle back to the 'Alien Autopsy' Hoax we started with.
The alien-autopsy hoax represented the culmination of several years' worth of rumours, myths, and outright deceptions.
If these hoaxes were good enough to fool people, we must be extra vigilant today and in the future.
The advent of digital media and now it’s open manipulation should have us questioning almost everything we see.
Do you think this creation of AI anchors is a good idea?
Did you believe in the “alien autopsy video” was used as a cover for a real video?
Where do you think digital manipulation of video will lead?
Let me know your thoughts in the comments below