hollow earth theory is fascinating. The idea that vast underground caverns with complete ecosystems and according to some a flipped version of the cosmos are said to exist at the center of the planet.

We looked at these ideas in the video ‘hollow earth’ a few months back.

So if the earth is hollow who or what could be living down there, is it full of Nazis riding around on dinosaurs or is the home to little green men, dwarves gnomes or some other mystical creature?

In an interesting article found on theblackvault.com, the ideas of what lives in the deepest recesses of our planet were laid out. 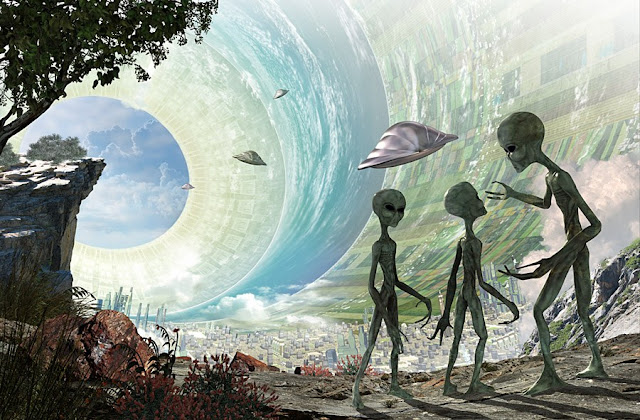 The article begins by saying that Mufons director of abduction research John carpenter has found credible evidence from over 200 witnesses telling how they have been abducted by our old friends the reptilians.
These cold-blooded Extraterrestrials have shown themselves too many but one strange fact is that most of these interactions are missing a rather important element for a close encounter with an alien.
The spacecraft!
This has lead Carpenter and other to the conclusion that these reptoids that most believe to be alien to the planet are in fact and may always have been living here on our planet.
There is the idea that these creatures evolved on this planet some 60 million years ago maybe they are the intelligent species that arose from dinosaurs?
This long history on the planet is reflected in many cultural beliefs with cultures ranging from the Sumerians to the Greeks refereeing to “serpent god” or serpentine monster in many of their myths and legends, could the reptilians be the seed that these stories grew out of?
The serpent figure is an important even in today’s world with it appearing on the symbol for medical care institutions, this spiral snake image has been found in petroglyphs and other illustrations dating back to ancient Egypt but also found in places ranging from Britain to New Mexico.
Some of the largest snake or serpent images being found amongst the Nazca lines along with the other famous large pictures carved into the ground of the area.
And we mustn’t forget the nagas of Hindu and Buddhist faiths a creature we have mentioned a few times in previous videos. These snakes are also found in the history of isolated cultures, the Australian aboriginal peoples' talk of the serpent being waging war around the area of Ayers rock the gauges in the wall be evidence left from this conflict.
If they had weapons technology capable of doing such damage at a time when humans were barely out of the Stone Age, they would certainly boast a level of technological sophistication we would envy today.


One idea says that the reptoids did have space going craft and left the planet at one point this was until they ran into other extraterrestrial groups and were driven back to the planet. On their return finding that another alien group had taken over the Nordics a group, we discussed in the alien species video linked


Aliens on Earth. 'IF' our planet is an ET holiday hotspot


The reptilians were displeased about this takeover especially after failing at their interstellar travel plans and now losing what they considered their planet.
War ensued and this war is what is written about in the books of old most notably the Mahabharata.
Anyone with a passing interest in the idea of ancient aliens or ancient advanced civilizations know the stories of the flying Vimanas, the epic legends of great battles with tales of fantastical weapons and destruction on a massive scale.
The flood myths that are also found in the majority of cultures around the planet also come from this time.
Another reoccurring theme is that after the battles the serpent gods always loose and are then banished to a subterranean world for the rest of time. Religions morph these figures over the centuries that followed rename them demons and such like. To quote the bible REVELATION CHAPTER 12, vs. 7-9
"And there was war in heaven: Michael and his angels fought against the dragon, and the dragon fought and his angels, and prevailed not; neither was their place found any more in heaven. And the great dragon was cast out, that old serpent, called the Devil, and Satan, which deceiveth the whole world: he was cast out into the earth, and his angels were cast out with him."
This underground world is a common idea that is not bound by location or culture, many legends
With many religious teachings saying this banishment comes with the stipulation that if these beings wish to continue living on the planet they must not interfere with the development of humanity.
These stories of the war between these ancients species read like the pages of any good sci-fi epic. Humanity stuck between warring factions and groups worshipping both sides as deities.
It is no wonder as a species why we are so aggressive when it seems civilization itself was formed from the conflict of these beings.
How could it not be?
We were born into violence, and since that time religious differences have been a major cause for most of history’s most barbaric acts.
Evidence of The worship and forming of religions around these first inhabitants of the earth can be found in many places to this very day.
Artifacts have been found knowledge passed down from cultures in South America, India and Egypt.
The commonality of pyramid type structures at all these ancient sites, the knowledge of engineering required to construct such marvels given by the reptilians. The advanced technologies that we mentioned being used to cut and manipulate massive stones and to manipulate them in ways we struggle to understand today.
Figurines of reptoid shaped idols can be found across cultures all with almost identical stories attached.
Another darker practice across these cultures is ‘blood’ from the human sacrifices carried out by the Aztecs and Mayans to bloodletting ceremonies in the cultures across the globe, it would seem that these reptoids have a taste for the red stuff.
The article goes on to talk about the ancient practices of these cultures and speculates that these gods/reptilians were feeding on mankind. Mentioning gods like Huitzilopochtli the Aztec god of war. A half human half snake-like being with huge fangs would dine on the bodies of those slain in battle.
This god is the same form as the Nagas of eastern religions.
In another video I reported how US troops based in Vietnam came across beings like this whilst on patrol in the jungles, Check the link above it is a very interesting sighting.

Military and Monsters 'IF' The Armed Forces Battled these Beasts 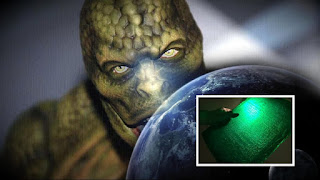 The post then goes on to give few witness reports of run-ins with these beings they make for an interesting read.
The last being an interview with one of these creatures.
The god, demon, alien or cryptid whatever name you think is suited talks about the ability they have to hide their appearance. This works like a mental projection the image of a man or woman being beamed into the minds of those that look upon them.
These powers of mind control would seem to be very dangerous but the creature goes on to say that they have been forbidden from doing harm to humans but this was not always the case.
This raises the question, that may be in the past before the wars and when they were worshipped, was this from humanities free will or was a case of mass mind control.
The other gods/aliens freeing us from this enslavement when they banished this reptilian race to the underworld?
What do you think, is this all a bunch of tall tales, Myths, and legends where fantasy and reality entwine or could there be some truth to it?
The likes of David Ike would certainly say it true and that these creatures are evil and still seek to reclaim the planet as their own.
This is an interesting read and I recommend that you take a look at the blog
A link to the full article can be found below
the black vault
Let me know your thoughts in the comment below.
at October 03, 2018