The Ghost of Carl Issacs


Halloween fast approaches so I figured it was time for me to look up a good paranormal tale and I think I found one. This story tells of one very haunted Jailhouse.
A story of murder, suffering and ghostly goings on.
let's take a look at the tale of Savannah’s Old Chatham County Jail the House.
the home to a Spirit thought to be of one of the Evilest Ghosts in Georgia USA. 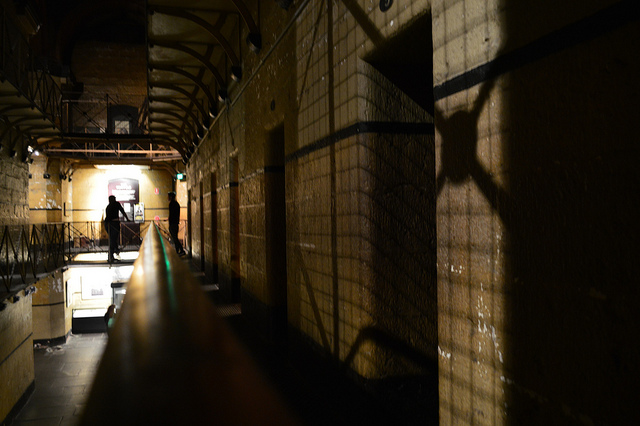 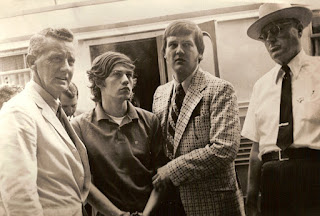 Savannah, Georgia is ill-famed for being one of the foremost haunted cities found within the entire country of the USA, with a large number of haunted Locations such as Bonaventure cemetery, the Olde Candler Hospital, and the Moon River Brewing Company.
there is one haunted hot spot found in Savannah that out spooks all of these places the  Chatham County Jail.
This haunted jail is a place for only the bravest of ghost hunters with a story of true terror attached it is haunted by some truly terrifying spectres.
The Chatham County Sheriff’s Department is the oldest established law enforcement agencies found in the country, being established itself in 1737.
In the  70s they moved from the original location to a new building, leaving the old headquarters to serve as the Chatham County Jail, this location was home to almost three hundred inmates, the old cramped conditions adding to the problems these prisoners faced in their incarcerated existence.
for a decade the jail housed murdered and petty criminal until  1989 when the jail was closed. the inmates being transferred to new more modern jails.
The building didn't go to waste it was repurposed as a records hall, and this is when the first stories of strange occurrences began to surface.
People who worked and visited the building began to report odd phenomena such as disembodied voices, phantom footsteps, and the overwhelming feeling of being perpetually watched.
Some witnesses to this paranormal activity reported being touched, pushed, and in some cases, even thrown up against walls.
What invisible force could be carrying out such violence?
paranormal researchers stepped and started to investigate the ghostly claims.
of those that had experienced these ghostly attacks and interaction with spirits.
Researchers have over the years collected much evidence of the paranormal. They have recorded thermal video of supernatural figures, EVP and even captured the riotous acts of a poltergeist.
One such violent poltergeist incident saw a huge metal plate flung across the room smashing into a wall opposite, this occurring in a room full of terrified witnesses.
Chatham County Jail has become infamous for this type of activity , with those that have researched the jail history and inmates concluding that this violent spectre is that of former inmate Carl Isaacs.
who was Carl Issacs you may ask?
Isaacs was an escaped prisoner who, in 1973 broke free from jail and drove to Florida with his two brothers, this trip was ill-fated. The car these men were travelling in ran out of fuel with no money the group decided that it was best to steal what they needed and continue their journey to freedom.
They pulled into a gas station in the backwoods of Georgia but to the men's frustration, they found that the pumps were dry.
In desperation, the group spotted a mobile home and they decided that they could rob whoever was inside getting money to stop for gas somewhere else.
Inside the mobile home were the Alday family oblivious to what was about to happen.
The robbery was a disaster.
Isaacs commanded the Alday family at gunpoint to give up their belongings. Then he and his two partners shot and killed all five men of the family, they then turned their attention to the women raping and sometime later killing Mary Alday and dumping her body in the nearby woods.
Carl Isaacs was captured still in possession of the murder weapons a few days later
in West Virginia.
This heinous crime went down in the annals of history as one of the foremost grotesque murders in Georgia's history.
Carl Isaacs now faced the death penalty he spent years in Chatham County jail fighting his execution, all his appeals to U.S. Supreme Court were denied.
he was put to death may 6th 2003. by lethal injection.
Issacs also holds the record for Georgia’s longest death row inmate, after all those years waiting to die, upon his death the prison officers may have seen his body leave the jail but his spirit remained.

The former cell of Isaacs is reported to be the most paranormally active locations in the jail, This area often leaving even seasoned paranormal investigators shaking in their boots.
those Ghost hunters brave enough to have investigated the cell say Issac's spirit makes itself known with waves of overwhelming dread.
These witnesses to the paranormal jailhouse goings on say that it is some of the most oppressive energy they have ever encountered, and when you take into account the acts of evil Isaacs committed during life, he probably didn’t change much in death.
If you fancy a closer look at this story TV's ghost hunters Nick Groff and Katrina Weidman, spent three days locked in this jailhouse of horrors in the show Paranormal Lockdown season two finale.
would you also like to spend time at the Jail house, would you be brave enough to spend your Halloween in a cell with Carl Issac?
What haunted locations have you visited and what did you experience?
let me know in the comments below
if you enjoy what we do here on the channel hit that subscribes button and remember you can find us across social media by searching we are if thanks so much for watching.
see you next time.
at October 19, 2018