Targeted Individuals 'IF' The Tech that is used?

targeted individuals are people who have been selected by secretive groups to be monitored tracked and surveilled.

They may be involved in activities that are seen as subversive to a government involved in criminal activity or just be unlucky enough to be an unwillingly participant in the testing of new technologies used by the clandestine organizations who carry out these operations.

we took a look at those that say they have been targeted in another video.

but what if you start to notice strange things happening around you clicks on your phone, computer glitches, YouTube outages or the same cars following you?

here are the technologies that come into play when you become targeted!! 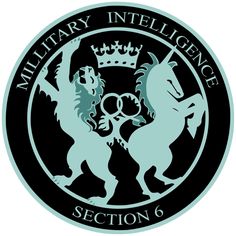 The first is 'the BUG' as it is most commonly known but in security circles its named PBA a pulsed beacon assembly.
these devices enable your tracking anywhere from inside your home to walking the streets often with a GPS capability which means your movement can be mapped from anywhere on the planet, eyes on surveillance only really needed if the target is to be subject to action.
These BUGs are easily detected their strong pulse can be picked up by scanning and can sometimes interfere with everyday tech, this leading into the development of ever more advanced methods of targetting and tracking.
“tagging, tracking and locating,” or TTL, is the acronym given to this practice used by law enforcement and military.
it is how they tag and follow high-value targets on the battlefield or in an investigation.
TTL gear is some of the most worryingly scary Special Operations’ equipment that exists today and it is in use by teams like the SEALS, SAS , Mossad and other elite forces of the world today.
The US military has spent around $450 million on just one company that works in this field, that company is Blackbird Technologies a leader in the creation of covert field operations technologies.
This company was later purchased by the infamous Raytheon, this is the company that has had its name attached to such conspiracies as 9/11 weather manipulation and even alien contact.
Raytheon manufacture (ATFLIR) the Advanced Targeting Forward Look Infrared sensor a device mounted under fighters.
The normally secretive company boasted “We might be the system that caught the first evidence of E.T. out there. But I’m not surprised we were able to see it. ATFLIR is designed to operate on targets that are travelling in excess of Mach 1. It’s a very agile optical system with a sensitive detector that can distinguish between the cold sky and the hot moving target quite easily.”
Billions of dollars from government black budgets goes into the development of cutting-edge tracking technologies, these developments cover a wide range of fields from biometrics and human detection to miniature drones and microscopic radar-responsive tags. 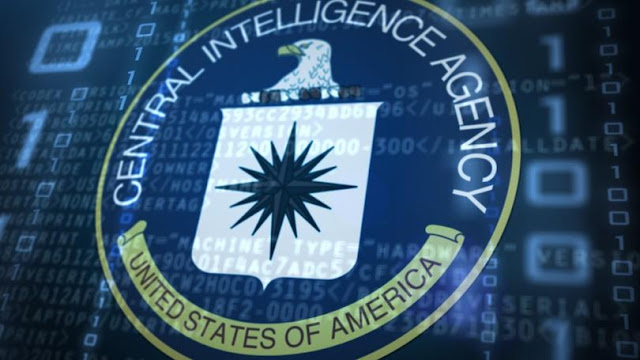 The leap which has occurred recently in the creation of new hardware is amazing, old technologies like infrared tracking and targetted RFID and such like, are being replaced with increasingly more sophisticated devices with capabilities that most would not believe possible.
Tracer Detection Technology Corp has a program developing a system which Like a bloodhound can track you using scent.
Part one is to mark a target with a paraffin wax crayon, this crayon is filled with a perfluorocarbon, a thermally-stable compound which is commonly found in refrigerators and cosmetics.
This perfluorocarbon emits a vapour that is then tracked with sensors, such as a gas chromatograph. The scent signature being unique to the crayon enabling accurate targetting and obviously this smell is undetectable to the human nose.
Your olfactory nerve will not help you, as won't, hiding in a room.
the perfluorocarbon tracers can “permeate closed doors and windows, containers and luggage,” and even work after a tagged item is removed the odour clinging to the target.
If this technology doesn't have you slightly worried how about a tracer that is perfectly translucent, odourless, and practically invisible?
this technology not needing you to carry an electronic device to track or have somewhere on your person that a device can be secretly placed. This tracker requires nothing more than a pat on the back, a shake of hands or brushing up against a person.
Oregon-based Voxtel manufactures a product called, “NightMarks”.
NightMarks are tiny nanocrystal quantum dots that can be hidden in clear liquids which can only be seen through a night vision sensors and night-vision goggles.
How do these nanoscopic dots work?
because of their tiny size, the materials used to make them do not react to light in the same way as normal.quantum-confinement effect means they absorb light this absorbtion of light can be tweaked to create a spectral barcode.
This barcode can be spotted read by people but more worryingly makes for an effective tag when it comes to drones and AI. These platforms have the sensor capability to see the mark as easily as we see a candle in the night.
some other technologies in use, for a purpose like perimeter security on small firebases, are created by companies like SpotterRF, they build small radar-sensor systems, the SpotterRF M600, is roughly the same size as a small netbook or laptop.
It can easily point out people moving around on a  position marked and tagged using  Google Earth.
The M600 uses radio waves in the X band that can detect movement of persons up to 1,000 meters and vehicles up to the 1,500-meter mark.
It integrates with Google Earth by using its own built-in GPS to fix the device’s position and overlay tracked targets onto the mapping service.
In effect sticking a GPS tracking device to someone virtually this eliminating the need for contact with a  person or vehicle.
This technology supersedes devices like RFID tags.
RFID is commonplace now and is being used to mark items in shops tag your car keys and unlock your front door. Military RFID tags are slightly different Their radar-responsive tags stay asleep until awakened by a radar pulse.
to give a comparison The tags found in your local shops have a range of a couple of meters, military-grade tags can light up and locate themselves from 12 miles away.
these technologies have no need for the target to be carrying electronics, but let's face it you would be hard pressed to find anyone who doesn't carry a phone these days. There are even charities in place which donate old phones to those who can not afford to purchase one.
The tracking of a person through this device is the easiest option these organisations have.
we are all aware that location-hungry tentacles are quietly lurking behind some of the most innovative features on mobile operating system.
This data is used to sell us goods, tell us of local events but it also means governments have a detailed data record of on an individual’s whereabouts at all times.
we can run, but today it's hard to hide.
digital civil liberties, freedom, and privacy have all but gone.
so why did I revisit this topic?
I wanted to show that we are all targetted individuals in some way and how I think there has been a pattern of strange occurrences online.
Most recently Youtube had its global outage but it's a pattern that has slowly been working its way through the big online social media sites. Facebook was hit before that, that's the biggest social media site and the second biggest search engine both taken down.
Instagram is another and the list goes on.
Could these shutdowns allow governments the time they needed for the insertion of new code?
we know governments are scrambling to strengthen cybersecurity laws and regulations in an attempt to heighten security on various social media platforms.
Is this, as they say, to protect the internet, or is it to protect themselves from an increasingly aware and free-flowing exchange of ideas?
An attempt to plug the dam, stopping the likes of Snowden, Assange and Manning and the many other whistleblowers online.
I think you guys have heard the conspiracy that youtube was shut down due to a video of a uniformed man talking about impacts on the moon, true or false we have now seen how easily the plug can be pulled.
Do you think we have reached a point that goes beyond the writings of Orwell?
Do you think the governments of the world would pull the plug on the internet?
let me know your thoughts in the comments below.