Mephistopheles, Beelzebub, Baphomet or just plain old satan.
The fallen angel and ruler of hell has as many names as he does stories of his evil deeds.
the devil is presiding over his fiery kingdom tormenting the tortured souls of evildoers but on Halloween does he get to take a break?
Maybe he pops up for a look at his handy work and maybe claim a few extra souls as a memento of the trip?
Let's take a look at some of the strangest sightings of Satan. 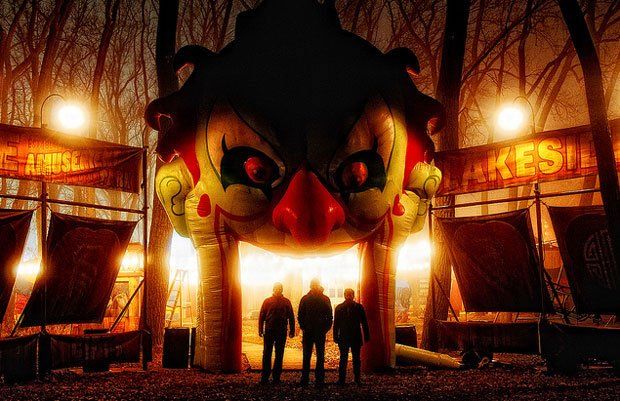 The devil has been making trips to our realm since the earliest of days. Appearing to tempt Jesus trying to get him to break his 40 day fast in the Judaean desert.
Maybe he was aiming a little too high with that one but it would seem he learned his lesson as he turned his attention to regular folk like you and me from that point on.
stories of Lucifer tempting people have been the backbone of religion since the start. the evil antithesis of many religions has been hungry to find fresh souls to imprison.
I want to take look at his short vacations from the fire pit and the times he has said to have appeared to regular joes.
here are some of the spookiest sightings of Satan.
let's jump back to the 11th century and a small Welsh village near  Aberystwyth.
The legends tell the tale of a bridge built by the devil after he appeared to a local woman and struck the bargain that would cost her her soul.
The lady and her cattle were said to be stuck on one side of the river unable to cross and desperate to get to market. The devil appeared and offered a solution he would construct a bridge in exchange for a soul. That soul coming from the first living thing to cross the bridge.
The woman agreed and the bridge was built the devil now grinning would collect his prize. The woman was however not that foolish, she took a loaf of bread from her bag and tossed it across the bridge her dog took chase and lost its soul.
Satan embarrassed at being outwitted left never to be seen in the area again, to this day the nearby village is known as Devil's bridge.
Maybe after being outsmarted by a little old lady, the Devil thought he would try his hand somewhere else, that place may have been Juarez Mexico.
In 1942 a young man in his twenties went to check out the recently arrived circus. The circus had the normal attractions exotic animals even more exotic dancers clowns and a freak show.
The young man was fascinated and went to see the attractions, the two-headed cow the singing chicken and the elastic man, as was normally the case these presentations were fake or overly exaggerated.
Disappointed the young man turned to walk away but was stopped by a short man in a dinner jacket.
this little man proclaimed himself to be the greatest illusionist that has ever walked the earth, the young man asked if he was part of the circus to which the man replied he auditioned for a job, but the owner turned him down because his act was so frightening that the owner accused him of being the devil.
intrigued the young man accepted an invitation to the illusionist trailer for an impromptu show of his skills.
they entered the trailer and the man began, he held up his right hand and then proceeded to put a white glove on his right hand. He extended his arm and started running his left hand over, under, and around his gloved right hand, all while closing and opening his right hand, and wiggling his fingers.
The stranger started chanting some strange words in another language. Then, with his left hand, he grabbed the tip of the white glove, turned and looked at the man'and asked him if he was ready. he said yes, and with a quick motion, the stranger removed the glove.
The man screamed and stared in shock and disbelief, the gloved hand was now only bones which the man continued to wriggle and move. The odd little magician gave him a close-up look and it was real!!!
then the stranger grabbed the top of the man's head with his bony hand ​and said that he was now, really going to show them something.
Placed on the floor was a wooden plank with six inch long nails protruding up and looking very sharp. The stranger stood and then leapt in the air landing right on the nails. The nails went penetrating through his shoes and blood started to flow. The young man stood there transfixed as the stranger started to laugh, pointing at the man with his bony finger.
That was it, it was time to run.
The young man knew that this weird illusionist was no entertainer but was the devil!!
The last story is from a Halloween night in  1975.
the El Camaroncito Nite Club San Antonio a handsome stranger waltzes in and turns all the women’s heads.
Taking to the dance floor, he's an amazing dancer, he has all the moves. Even the shyest girl in the club couldn’t resist his request to join his side.
“But then something strange happened when they were dancing
“For just a moment these enchanted women broke out of their hypnotic trance and glanced to the floor. 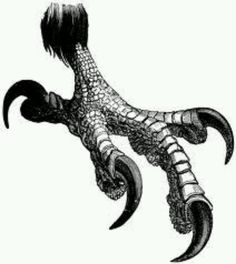 ‘Your feet! Your feet!’ the woman dancing with the tall man screamed, tearing herself from his tight embrace.Horrified the people in the club stared at the dance floor and saw long, skinny claws protruding from the stranger’s trouser cuffs, no shoes instead large hideous chicken feet.
“It’s the devil" they screamed
dropping to their knees women began to scream and pray.
the stranger then disappeared into the men’s restroom and leaving no trace.
except for a strong smell of sulphur – the devil’s scent.
what stories have you heard regarding the devil and his little trips to our world?
Do you believe that these sightings are something else or just spooky tales for us to tell on a Halloween night?
Let me know in the comments below.