Last of His Tribe

Most of us live or work in a big city, we are subjected to a constant stream of noise and organized chaos. We toil away dreaming of the few weeks we get each year to relax and do what we wish.

Maybe you’re an adventurous type and choose to go on exciting getaways or just enjoying relaxing on the beach.

The peace and quiet and getting away from the rat race being your idea of heaven.

The idea of being alone, spending time in solitude, seeming to be very appealing, but can this go too far?

From books and movies like I am legend and omega man being alone may not be all, it’s cracked up to be.

One man who has firsthand experience of being totally alone makes for a sad story.

Let’s take a look at the story of the last surviving member of an Amazon tribe. 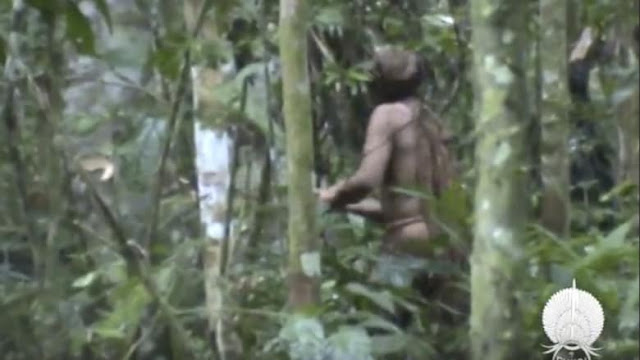 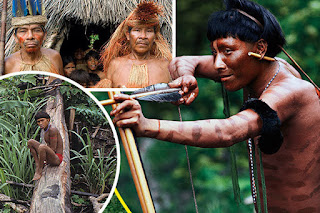 This is the loneliest man on the planet, a video of the last surviving member of an Amazon tribe.
This older man thought to be in his mid-fifties has been alone in the rainforests of Brazil for the past twenty-two years. Unlike us who often dream of escaping the people we have to deal with on daily basis, he had no choice after his friends, family and entire tribe were murdered.
This short video clip was released by the Brazilian government showing the last member of a tribe living in solitude in the remote forests of the Amazon.
The North West state of Rondonia is a heavily deforested area, under constant threat from logging companies and farmers looking to clear forest to make more grazing land for their cattle.
Because of this 4000 hectares has been set aside for this man. The government preventing anyone from entering or having contact with this last surviving tribe member.
There is a constant threat to this man and his patch of forest even though under Brazilian law all indigenous peoples have a right to land.
To keep protecting this area they need to show proof of life, and it is very important that they provide this as local government is under constant pressure from agribusinesses wanting to expand their territory.
Groups such as survival international work to protect this man and other tribes who are constantly pressured, run off of their land and like in this man case murdered.

The uncontacted man is believed to be the only survivor of an unknown tribe, this after his group of the six last remaining tribe members were attacked and killed by farmers in 1995.
This tribe lived in such isolation that the name or language they spoke was never known.
The local media christened this man “the hole Indian” this due to the pits he digs, these are thought to be how he traps animals.
These holes are not the only things the man leaves for us to find and learn about the way he lives. There is often a trail of straw huts, handcrafted tools, arrows, and torches.
This primitive lifestyle would seem to be something he is well adapted to with those monitoring him saying he is in good health surviving by hunting and farming a few crops such as papaya and corn.
The group which monitor the man has a policy of non-contact with the isolated peoples they protect.
The man has also made it clear that he does not want to be contacted, having fired arrows at people who have approached him.
This being fully understandable after years of violent interactions with the outside world, people from a world you don’t know would be seen as a threat.
The man has seen the worst of our world when his tribe was decimated during the 1970s and 80s, these unique people being wiped out all for a road to be built in the area they lived.
This road causing a rise in demand for land for business purposes in the area, this demand still present Today, with farmers and illegal loggers always wanting to grab more land.
He could also find himself confronted by "pistoleros", who are essentially guns-for-hire, patrolling the area for cattle ranchers, intimidating people and some claim committing murder and genocide.
They warn groups they are going to attack by placing bullet casings around an area they are soon going to visit.
These guns for hire are working through the Amazon clearing out more and more native peoples and with the rainforest being home to more uncontacted tribes than anywhere else in the world, who knows who will be the next “loneliest man in the world”?
After hearing this story may be the next time you’re feeling a little stressed by those around you, spare a thought for this man.
Did you know about this man, have you ever wondered what it would be like to be completely alone?
Let me know your thoughts in the comments below?