Death Crowns 'IF' They are a sign from Heaven?


Today when we snuggle up for a good night’s rest, we slide into our memory foam mattresses and polyester pillows.
This was not always the case in the past mattresses were made from horse hair and straw and the pillows were filled with feathers.
This lead to a strange and not commonly known tradition and belief in certain areas of the United States.
Death crowns, these delightfully named cushions, they were given their name after people noticed when those who were seriously ill or had recently died left a  circular mass in their pillow.
Let’s take a dive into this strange and haunting phenomena. 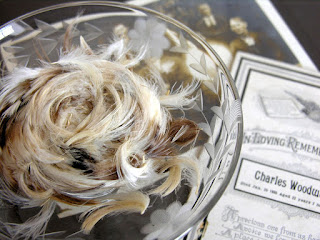 This strange tradition originates in the isolated regions of Missouri, Indianan, and Ohio. It has all but disappeared today with only a few still following the tradition found in the shadows of the Blue Ridge Mountains.
But fortunately, there are still some examples of this practice of collecting the feathered wreaths left by the dead in local museums.
This tradition of collecting these odd formations of feathers comes from the interpretation that they a sign from heaven, The feathers of the pillows form themselves into something which resembles a woven wreath, roughly the size of a bird’s nest. This is what became known as “feather” or “angel crowns,” These were thought to indicate that a person was bound for heaven and this was an impression of where a halo would be when they ascended to the afterlife.
This omen, belief or tradition ‘’depending on how you look at it” can be traced back to old Europe with strong ties to the Welsh.
These impressive formations were kept as family heirlooms and great importance was placed on these supposed signs from heaven.
Skeptics do have a different opinion saying that the movements of the sick and dying person, their tossing and turning combined with moisture from fever sweats causing these objects to take form.
This tradition was first carried with the people who migrated from the southeastern United States to Indiana, like many other legends and folk stories this belief came with them along and was as important as their baggage.
Many of this first wave of immigrants settled in the region of the Appalachian Mountains and the surrounding states. Many being the forefathers of today’s mountain people. 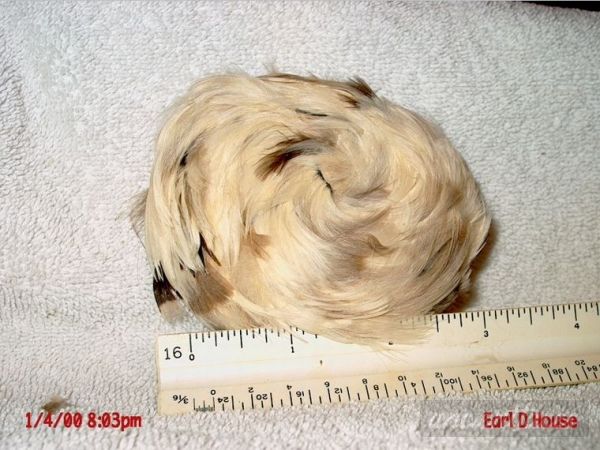 Maybe this has you a little worried that next time you put your head down for the night, you may wake to find a Death Crown in your pillow.
If you do, don’t panic!!!
A One old wives’ tale claims that if you break these wreaths up you prevent the death of the person the pillow belongs to.
A collection of these strange oddities can be found at the Lawrence County Museum of History.
They have the death crown of a William Kinser. Kinser whom was a soldier during the Civil War, enlisting at age 14 dying on Jan. 9, 1936. His widowed wife donated the crown.
The curiosity is a tight coil of feathers about 3 inches wide and nearly 1.5 inches tall.
The museum is in possession of a whole collection of death crowns, many of which they display, a Mrs. Olive Broody. Jones' crown is the smallest one on display; it is approximately 1.75 inches wide and one-half inch tall.
So before you sleep or maybe when you wake, just give that pillow a quick inspection it may well provide you with a warning that today could be your last.
Did you know about this strange tradition, what odd beliefs regarding death do people have where you are from?
Let me know in the comments below.