UFO visitations have been happening for tens of thousands of years.

Ufologist documenting the comings and goings of many alien species.

These aliens would have to come from a world that hosted many forms of life and possibly like us they would use these different creatures for everything from food to maybe pets.

How many times a day do you see a man walking his dog or a friend posting pictures of their cat?

why would this be any different for extraterrestrials?

in this video, we take a look at other types of alien creature that may have been brought to or accompanied aliens on their visits to our planet.

There have over the years been many reports of strange creatures being seen around UFO activity Bigfoot is famously linked to orbs in the sky with some saying the cryptid with the large feet is himself an alien.
I want to take a look at the creatures that are a little stranger and don't fit in with the standard humanoid shaped alien.
the first strange story is of creatures that didn't even have a body instead looking like giant singular cell lifeforms.

The sighting occurred on December 20, 1958, in Sweden, two men were travelling from Höganäs to Heisenberg in the small hours of the morning they made their way along a road in conditions that were less than ideal.
fog rolled over the road obscuring their view the men deciding that this weather made its way to dangerous to drive stepped from the car and began to walk.
As they made their way along the road a strange glow emanating from the forest caught their eyes.
The men succumb to the curiosity that swelled up in them and went to investigate. They stumbled upon a very strange sight, in the woods was a glowing silver disc this disc stood on two legs that were around 2 feet in height. even stranger and the part of the story we are interested was what they saw above the disc-shaped craft.
Dancing around this craft was what the men describe as amorphous blobs about three feet in size. looking like giant protozoa, the bluish jelly-like entities were, hopping and jumping around the saucer.
They had no visible limbs and were translucent this meaning the men could see through these things and the bodies seemed to contain no organs. They did notice a strange odour which reminded them of burnt sausage.
But the story doesn't end there these things tried to abduct the men, they reported how they felt like there were being pulled toward the blobs by some invisible. They fought it back and managed to run back to their vehicle and sped away fog or no fog they weren't going to hang around.
This case became known as the “Domsten Blobs” and It is impossible to ascertain what these two men saw, or at least thought they saw.
Texas is where we find our next story and those of you with arachnophobia better open a new video, a Houston based woman tells of how back in 1977, she was taken by the Grays
but I hear you saying "wait, what, I thought we were looking at unusual alien creatures not well-known aliens like the grays"
well, it's not the grays we are interested but what they had with them.
The abduction plays out much the same as all other abduction stories bright lights levitation strange rooms and experiments but this one is different because of what the grays did
one of the Grays took out of a box and placed it onto her stomach something that looked like a large spider, but with far more legs crawled up her body, onto her face.
It then took one of its spindly legs and inserted into her right nostril.
The woman says she then experienced a sudden flash of pain and Then, nothing.
waking suddenly back in her car.
the next strange creature was said to be more plant than animal, who knows maybe on another planet plant life is more animal-like.
(The plants on this planet have many secrets check out the link above on them.)
This case happened in July of 1968 a man named Jennings Frederick was out hunting in the rural backwoods of, West Virginia. in the silence of the woods, the man began to hear a strange sound described as a recording playing at high speeds it began to become increasingly loud.
Follow the sound the man came upon a 7-foot tall creature.
this thing, was exceedingly thin, with an almost skeletal frame, long ears, and stalk-like arms.
These strange appendages looked like tendrils and  ended in slender, 7-inch long fingers tipped with some sort of needles or thorns, as well as suction cups.
the weird alien was green and very plant-like.
The unintelligible noise he had heard slowly began to make sense to the man word forming from the sounds the creature was making
Jennings said the plant thing told him
"you need not fear me. I wish to communicate. I come as a friend. We know of you all. I come in peace. I wish medical assistance. I need your help."
The creature then approached the confused man and started to wrap its long fingers sound the arms of the man the needles on the fingers piercing his skin and drawing blood.
The man stood in stunned silence but no pain as this thing fed or did whatever it was doing . suddenly it released its grasp turned an quickly sprinted away, after it had disappeared from view Jennings said he heard a hum which he speculated was the alien craft and the alien was flying away. 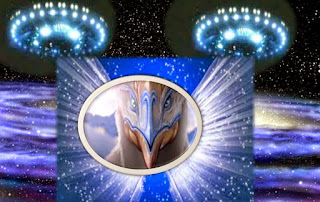 1968 an issue of Flying Saucer Review, published a report from France, the report told of how in 1962 a businessman was driving along a rural road in Var.
As the witness drove along the desolate stretch of road he spotted a group of figures grouped together in the middle of the road.
these things seemed to be people at first glance, but he would soon find out that they were no human beings.
The man told his story saying:

"My window was down and I leaned my head out slightly to see what was the matter; it was then that I saw beasts, some kind of bizarre animals, with the heads of birds, and covered with some sort of plumage, which was hurling themselves from two sides towards my car. Terrified, I wound up my window, accelerated like a madman, and the stopped 150-meters further on. I turned around and saw these things, these beasts, these nightmarish sorts of beings, which were heading, with a sort of flapping of wings, towards a luminous dark-blue object, which hung in the air over a field on the other side of the road. On reaching it [the UFO], these ‘birds’ were literally sucked into the under part of the machine as if by a whirlwind. Then I heard a dull sound and the object flew off at a prodigious speed and finally disappeared." 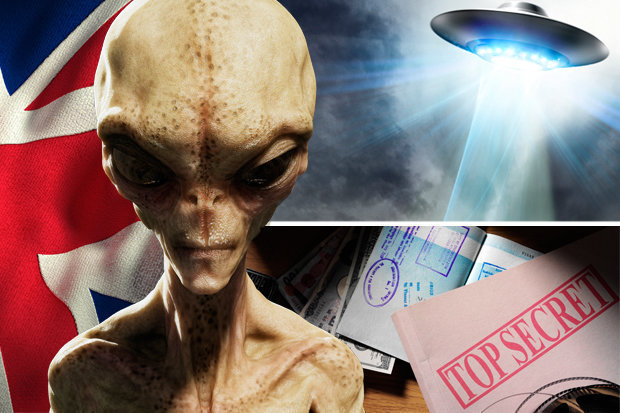 Flying humanoids, could these be the same creatures that were spotted above the streets of Chicago a few months back if you would like to know more on that phenomenon click the link above.
Finally, we take a look at a story from November of 1954. Gustavo Gonzales and José Ponce were driving a truck from Caracas to Petare, Venezuela,
During the early morning hours, they found an enormous glowing orb floating 6 feet above the road that was in front of them.
the men stopped the truck !!
this is when they saw several small, 3-foot high humanoids covered in bristly hair who seemed to be collecting rocks and taking them aboard the mysterious craft.
unwisely the men decided to try and grab one of the creatures
The small,  ape-like being was shockingly strong, effortlessly throwing the men off and then proceeding to viciously claw at them.
The men weren't going down without a fight they drew a knife and attempted to stab the attacking creature the blade had zero effect.
The fight came to an end when a beam of light hit the two men knocking them to their knees, the being take the chance to board the ship and make their getaway.
The men needed medical attention for the injuries they received and this is when the authorities became involved when collecting witness reports they found many had seen this struggle, the case still remains unsolved to this day.
there will be those that dismiss these reports as nothing more than figments of the imagination, fantasies, hoaxes.
researchers have investigated these  strange phenomena and have published their findings on what we might call “alien animals”
These incidences highlight an under-appreciated aspect of Ufology, one which maybe deserves more study.

What do you think these alien creatures could be, are they sentient aliens or alien animals working for the more popular alien groups we know about.
let me know your thoughts and theories in the comment below.