Many UFO sightings, “although most people would like them not to be”, Are man-made objects and not extraterrestrial craft.
The governments and militaries of the world seen testing prototype aircraft.
There have since the first days of flight been secret projects, aircraft hidden from the public, the existence of advanced technologies kept in the shadows.
In this post, we take a look at one such project, the TR-3B. 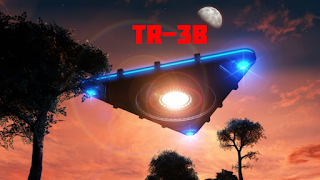 Secret military and civilian technologies are nothing new. The advantages of your enemy or competitor not knowing your capabilities are obvious.
One such secretive project, which was responsible for many UFO sightings during the cold war, was operation OX cart.
The SR-71 Blackbird is probably the most famous spy plane on the planet. It has featured on posters onto TV shows and even in movies.
What you may not know is that there is another plane which is just as important, the A 12 Oxcart.
The development of this aeronautical wonder began in 1957 after the shooting down of a U.S U2 spy plane.
This was a wakeup call to the American alphabet agencies, who soon realized the only way to safely carry out surveillance over the USSR was at high altitudes and supersonic speeds.
This lead to the building of an aircraft the like of which the world had never seen.
The first designs were for the A- 11 these then gave way to the beast that was the A-12, a plane many thought could never fly.
The building of the spy plane utilized exotic materials for the time combining aluminum and titanium, the latter being sourced from Russia adding to the importance of keeping the program a secret.
The development of anti-radar coatings and the distinct shape, all in an attempt to make the plane invisible to radar. The developments made in this area easily seen on the stealth fighters and bombers of today.
Another Link to today could be that old ufologists favorite area 51. 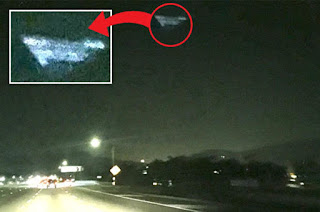 The runway needed for this metal bird to take flight had to be specially constructed, at 8500 feet in length. This is similar to what we have seen in the pictures of the secretive and for many years denied military base at Groom Lake.
On April 26th, 1962, the A-12 took to the skies.
History was made and mankind entered a new area in powered flight.
Of course, no one outside of the secret circles knew any of this at the time.
If you saw this thing flying through the night skies, your mind would most likely jump to aliens.
The profile of the plane from head-on or from its 6 o’clock has the same distinct profile of a saucer-shaped UFO.
So if we achieved this in the 60’s where could we be today?
What could we be doing with modern aircraft design?
The A-12 and the later SR-71 did have limitations.
Were those limits broken by a man named Bob Lazar?
Did this ridiculed and sidelined scientist and inventor discover an element that could be powering the cutting edge craft of today?
Element 115 first came to the attention of people in 1989, this is when Area 51 whistleblower Bob Lazar published his claims that extraterrestrial spacecraft was kept secretly at Area 51’s S4 facility.
What was the element to power their flight?
Element 115.
Today some 14 years on, this element has been added to the periodic table and has become part of mainstream science.
A team of scientist has been experimenting with different elements in attempts to make this new element.
They have been successful to a point, published papers say that the element is possible to make but is highly unstable and cannot hold its form, rapidly degrading in a number of nanoseconds.
To get element 115 to become stable is going to take longer or so they say, maybe the military has achieved this already.
Bob Lazar did point out that “the material decayed almost instantly.”
Going onto say the first batch was only a starting point and that he will be proven right in the long run.”
Lazar explained, “I’d like to see them continue to work and produce different isotopes of 115 because they’re gonna come up with a handful of different varieties and they’re gonna come up with a stable isotope, and that’s what we’re interested in.
Element 115 has yet to be officially named, “but it is temporarily called ununpentium, this name is roughly based on the Latin and Greek words for the digits in its atomic number, 115.”
So this brings us on to the latest military technologies that could possibly be responsible for many witnesses swearing they have seen a craft from another world, the TR-3B.
The TR-3B is an experimental plane that has also been dubbed the black mantra. People speculate that this is a future bleeding edge spy plane.
The project has very little proof apart from a few sightings, unclear photographs, and leaked military information from very dubious sources.
Many of these sightings occur in areas close to Edwards’s Airforce base and along the California coast.
The aircraft is said to be a triangular subsonic stealth spy plane with a flying wing design.
Those that have made claims that they have worked on The TR-3 say it was manufactured by Northrop.
One aircraft that is on record and could provide a basis for the TR3 is the Tier III an experimental UAV which appeared at the time of the first sighting in the late eighties and early nineties.
This program also produced Lockheed Martin RQ-3 DarkStar.
TR prefix would also be fitting for Tactical Reconnaissance as opposed to Strategic Reconnaissance (SR) as in the SR-72 that we mentioned at the start.
As we know,  most technologies that are usually, simultaneously being developed and built by other nations.
Russia has been the location of many TR-3B sightings, is this because they have developed their own version or because the US aircraft is operating in Russian airspace?
The reports state that the craft moved through the skies at a speed much too slow to sustain flight for an object of its size.
That would be if it used conventional power sources if we circle back to Bob Lazar and element 115 then maybe that is providing lift in some unknown way.
Many, many people claim to have seen triangular black UFOs flying around the world.
They believe that these occurrences are the best evidence for the existence of extraterrestrials and their technology. 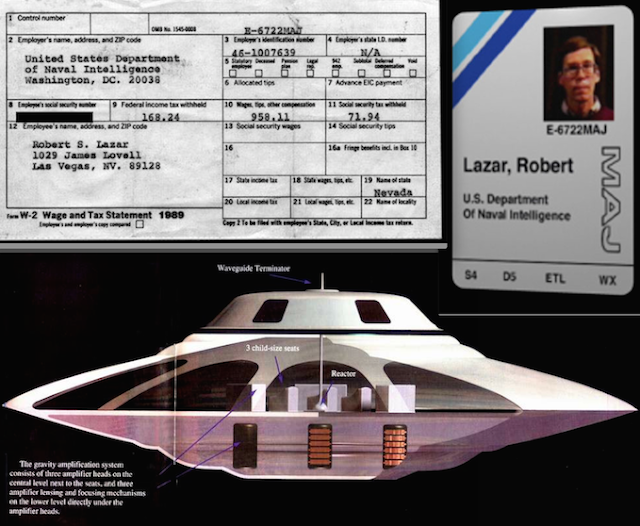 But
Do you think these technologies provide a good explanation for reports of UFOs?
What technologies do you think are being better hidden?
Is this mind-blowing miracle of aviation reversed alien tech?
Let me know your thoughts in the comments below.
at September 03, 2018