The Black Dragons are the hidden hand


Secret societies have been something we have looked into a few times here on the channel. From the worst kept secret group of all the Illuminati to other hidden hands in history.
I guess like fight club the first things these groups teach members is to not talk about it.
“One that has been successful with this to a point but not totally as if that were the case I wouldn’t be making this video.”
Is The Black Dragon Society (黒竜会, Kokuryu-kai)
This group born out of the Japanese nationalism of World War 2 has over the years engrained itself at all crucial points of the modern financial, commercial and political world.
Hidden and powerful.
They influence the world in secret 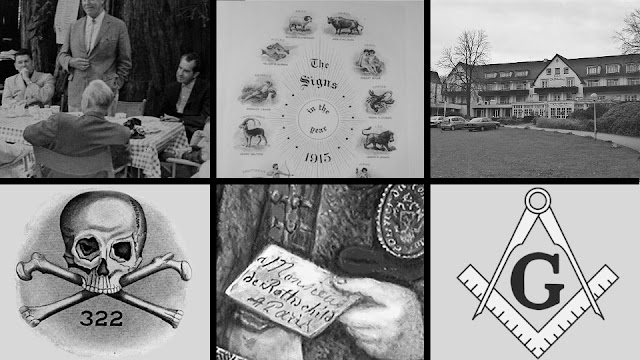 So who is this group who manipulates of mankind? They arose from the Japanese plans to conquer Asia during World War 2. They were a bunch of secretive and criminal men and women who made their way across China and the rest of south-east corrupting bribing and influencing anyone they could sink their claws into.
This with the goal of weakening countries takes control of economies and infrastructures before the Japanese army could be rolled in with tanks and bombs.
This group was vicious and renowned for its violence
this to the point of other saboteur and spy networks working with the Japanese nationalist wanted nothing to do with them.
The end of the war arrived
and as history tells the Japanese were on the losing side, this caused embarrassment to the nation, and they wished to distance themselves from the actions of the war.
as such the groups that were involved in clandestine operations were denied recognition and were left to their own ends, this leaving 10,000 black dragons looking for something to do.

The black dragons did the only they knew disappearing into the shadows, at the same time they protected the assets and fortunes of the Japanese merchants from allied forces looking for war reparations. This put them in a position of great power and they used this influence and a huge sum of wealth to coerce people and groups this time to their own ends and not for the goals of a Japanese emperor.
The term black dragon started to fade and change meaning in the years after the end of the war. Instead of a fascistic wing of a country looking to build an empire, it began to mean someone shady, a criminal or someone who has loose morals.
Was this by design creating a mythical image of the black dragon for the real group to hide behind?
Today the Black Dragons have become more subtle than their violent past, they focus their resources and effort on geopolitical ambitions.
Their current goals include task such as the expulsion of communist influence in China, Korea and elsewhere in Asia.
Continuation to Conceal duplicity from the Green Men, maintaining a cooperative facade.
Condition and unify world opinion through the adoption of Eastern culture: business models, martial arts, religion, and philosophy.
Ultimately, they want to usher in a new age of the Tsan-Chan Empire. This long-term goal requires the survival of the Order of the Black Dragons for thousands of years, making them very cautious.
For them to ensure that they keep moving forward with these goals the group does ally themselves with other organizations. The question then becomes do they use their old skills to co-op and take control of these groups.
Could they be the hidden hand behind the hidden hand?
They may well be the masters of the hidden societies that we have come to know, maybe this is why we do know of them. The uncovering of these groups vastly diminishing their power and influence. 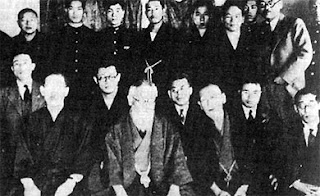 The Black Dragons Agent provocateurs using the Theology, Psychology and Hypnosis skills they are have been taught; wheedling out secrets and spotting human weaknesses at a glance, then using these observations to move their members into powerful positions.
Occasionally this group does get exposed one such event which made many people at the time discover the society and their Machiavellian plans was an FBI raid.
A story from 1942 describes an FBI Raid on Japanese Terrorists. These terrorists were said to be The Black Dragon.
The government agents reported how the members of this group were involved in many criminal exploits form extortion, prostitution, drugs, and gambling. These vices used to bribe people into positions of power.
The government labeled them a terrorist group arrested and jailed. But much like the fictional Marvel group Hydra cut off one head and two shall replace it.
This arrest may have had the group once again returning to the dark to recuperate and regroup but it did nothing to impact the Dragon Society as a whole.
They had then and most certainly today infiltrated almost every country on Earth.
Today they occasionally emerge from the shadows in a news story but just as quickly vanish.
Do you think this group is still out there steering humanity to their own design?
What other secret societies do you think to operate and match the reach and influence of The Black Dragon?
Would you like to join a secret society or are you already a member?
Let me know in the comments below.
at September 08, 2018