Secret societies have been around since the first days of civilization, they have all had different agendas and been surrounded by mystery.

The Illuminati is the most popular group tied to many conspiracies, from working hand in hand with the reptilian overlords to planning the global extinction of mankind.

It would seem that the secrecy that surrounds the hidden society feeds peoples imaginations.

Some of the stories that are said to have leaked from behind the closed doors are pretty dark. The latest involving drugs, cult ceremonies, and child murder.

Let’s take a look at the drug "Adrenochrome" 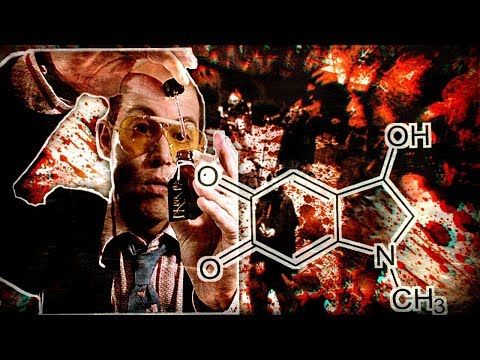 This year a documentary has come to light that reveals a mysterious substance named "Adrenochrome" this drug being the favorite of the secret society the Illuminati.
C₉H₉NO₃ is the chemicals molecular formula and it’s made by the oxidation of adrenaline.
This chemical compound was first discovered in the 50s and is said to cause serious mental disorders, states of euphoria and a sense of detachment from reality.
These effects have been compared to other substances such as mescaline, LSD, and pure adrenalin.
Those that experience this drug can expect its effects to last weeks with the possibility of flashbacks lasting months this can be followed by a period of paranoid depression which can last just as long.
This doesn’t sound much fun so why would a group like the Illuminati be into taking such a drug?
Aldous Huxley's wrote about the drug in his book The Doors of Perception, from that point it became widely known and gained a certain popularity with those that followed Huxley’s ideas.
Another famous writing substance users and abusers, Hunter S. Thompson mentioned it in his best-seller "Fear and Loathing in Las Vegas".
This is when things begin to take a turn to the dark, as Thompson penned that adrenochrome can only be harvested from the human adrenal gland.
This leads us to a story found on Reddit, the Reddit user is said to have received leaked information from a witness to an Illuminati ritual.
It begins with the witness saying how he had just learned the truth behind this drug, the disgust he felt after learning that it is connected to the disappearance of a large number of children, compelling him to leak the truth in the hope that ‘they’ could be stopped
He claims that many children from untraceable backgrounds such as refugees and street kids have all been taken and murdered.
These children are used to harvest the drug which is in very high demand from those in a position of power and connected by the secret society.
They take the substance not to get high but to obtain the number of benefits that he says comes from adrenochrome, these are greater health, increased vivacity, and a host of other, smaller effects with the euphoria the drug is known for.
An unusual aspect is that this chemical is said to be more potent when it is produced by a person experiencing total unyielding fear, this fear adding to the power of the adrenochrome.
The article tells of how he saw photographs of what looked like a farm in one of the Baltic States. This farm did not house cattle, but people. all children under the age of 15. Chained to the walls in windowless rooms.
The photographs kept coming and began to become increasingly macabre. In some pictures, the children were tied up and were being tortured. This process said to be the method used to increase the strength of the drug.
Blood is then drained from these victims and sent to a production lab.
These pictures showed the equipment and the laboratories were the blood was filtered and the adrenochrome extracted.
Rounding off this picture show of horrors where the farm's fields, in reality, a mass cemetery.
Images of men stood around laughing, smoking, and drinking as human carcasses were pushed off of the back of trucks and into mass graves.
The man saying he was hoping that he could leak the truth and bring everyone who participates in this evil practice to justice, this being the only way he could protect himself. Telling his friend that others had tried in the past and they and their families were killed.
The poster of the article was adamant that this story was true and he too wanted to share, this incases the group came after him.
The group he referred to is powerful the images of a lavish conference room in a skyscraper alluding to the wealth of the individuals.  Drug paraphernalia such as Syringes sat on gilded plates on a thick table of polished wood.
This is when the man says he began to recognize the faces in the pictures, sitting around that table were World leaders, Entertainers, and Religious Icons.
These men looking happy and excited for what was about to take place.
These are the men who he says make up part of the Illuminati, they take part in a ritualistic drug taking experiences to hopefully unlock the mystical dark secrets. Extend their lives and the thrill of taking a substance unavailable to many. 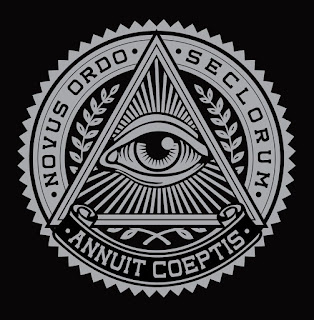 Is this just a scary story?
Could these world leaders and other influential figures be part of a secret group, a secret group that hunts murders and in a way consumes children?
We have seen in recent news that there are indeed evil groups hidden from public view. Pizza gate and the Lolita express being stories that are only a few steps behind this dark tale.
Do you think this is still happening today?
Let me know in the comments below.
at September 27, 2018