Flying humanoids have been appearing more and more frequently in the recent years,,
They have a long history. From the stories of flying angels and demons of biblical times to the more recent sightings like that of the Mothman and the flying humanoids sightings over Chicago which swept the internet a few months back.
What could these beings be?
Do these aeronautical mysteries exist, what phenomena would best explain them?
Are they creatures of the paranormal world or maybe aliens from another planet, or even people using some kind of cutting-edge personnel flying device?
Let’s take a look at these strange occurrences and see if we can find any answer? 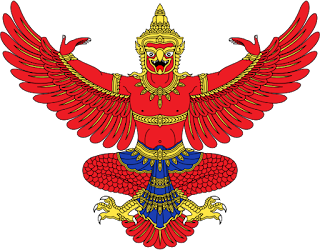 Let’s begin with the sighting I mentioned in the intro, August 29 2018 sightings of flying humanoids in Chicago.
Mostly they've been observed hovering in the air.
The breaking report said it was a normal summer night for John Amitrano, working his Friday shift as security for Chicago's popular hangout ‘The Owl’ but when he went outside, he saw something very odd in the skies.
This was followed by another report from witnesses at the Sears Tower. They reported how two mysterious figures were seen leaping from the building and rather than plummeting to their death they began carrying out spectacular Ariel maneuvers.
Flying in figure eights, it what seemed to be some kind of sky ballet.
These humanoids were then spotted again by a police officer who said he had seen a tall, thin figure jump off an apartment building in Auburn Gresham and fly away!!
This recent rash of sightings has been reported by many with many of these reports coming from the areas around Lake Michigan.
The lake is a hotbed for a good amount of weird occurrences, these events ranging from unidentified flying objects to levitating orbs.
So what could these flying question marks be?
Unknown birds or something a little more mythical?
Three variants of flying humanoids have been described maybe this could provide us with some clues.
The first sightings give the description of a tall, feathered being with wings and glowing red eyes, this is very similar to the appearance of the legendary cryptid Mothman. Could this popular monster be making a comeback in the windy city?
The second type could be la lechuzas, Mexican witches with the ability to shapeshift into owls or eagles. These witches were part of the large Latino community in the area.
The final type is said to resemble a large black bat, with a height of between six and eight feet and having a wingspan of around 12 feet.
Okay, I think I have the answer, could it be the Batman?
Joking aside if it’s not the dark knight what could explain the sightings. If we eliminate manmade objects such as gliders and drones and it’s not a species of unknown large bird. Could they be, as some claim, an extra-dimensional traveler of some type?”
These sighting often cause panic among the populations of an area where one of these creatures is said to be flying, this again linking to the Mothman and the bridge collapse which followed his appearance.
The entity was said to have been a warning sign to the people point pleasant.
But winged humanoids don’t always carry such a disastrous message after all Christianity is packed with them and they are said to be our guardians, the angels.
But we can trace winged beings back further the ancient Mesopotamians had winged gods as did the Egyptians and religions still followed by many today have creatures which are a mix of bird and man.
The Garuda are creatures of Buddhist mythology that have their origins in the much older Hindu belief system. That religion having its text which openly talks of alien visitor’s, extra-dimensional beings and a conflict which engulfed the planet, but I don’t want to stray off topic, so back to the Garuda.
The bird men and women are known as Garuda first appeared in Hindu mythology, as a singular being the son of the Kashyap the sage and his second wife, Vinita.
Their child had a head with a beak, this child also had wings and eagle-like talons in place of feet, and the arms, legs, and torso were that of a human.
The child was said to be very strong and fearless, often battling evildoers in many of the epic stories of old.

The Mahabharata gives us the story of conflict with Vinata. There was a great rivalry with her older sister and co-wife, Kudru.
Kudru being the mother of the nagas (a cryptid we have covered on the channel you can see that in the video linked above)
The Garudas also cross over into the beliefs of Buddhism.
In this religion, Garudas are not a single being but more like a divine mythical species, those of Buddhist faith may argue over the mythical part of that description.
These creatures have a lot in common with the Thunderbirds of Native American belief, they are said to have a wingspan many miles wide and when they flap their massive wings they cause hurricane-force winds.
The Garuda is a very important creature to these two religions, it has been adopted as the national symbol of Thailand and Indonesia.
In Asia, the Garuda has a strong association with the military, and many elite Special Forces units use "Garuda" in their name and its image on their crests.

And talking of military could there be a technological answer to the recent increase in flying humanoids.
We have seen a recent surge in the development of personal flying devices,

Airbrakes, Hexcopters, and Rotorcraft are all in development and testing of these new flight platforms could lead to the miss identification of these technologies, this explaining maybe a few of the increasing reports.
And there is also Mother Nature, could this be an out of place or yet to be discovered flying creature?
Some animals like giant cranes and flying foxes could go some way to offering a cause to these reports but they do not fit with the geographical locations or the reported size of the spotted figures.
What do you think these flying humanoids are?
Are they mythical, mechanical or natural?
Let me know your thoughts in the comments below.