Direct Energy Weapons!? We are IF


The idea of extraterrestrials visiting this planet has become popular. These visitors said to be gifting us all sorts of exotic modes of transportation and even  highly advanced computer technologies
some would even say that the modern age is down to their influence, while others are of the mind that even more advanced technologies are still being hidden.
Whatever you believe, it would seem that e.t is a pretty peaceful guy as we never hear too much about the weapons that they have or may use or worse we may have obtained.
In this video, we will take a dive into that very topic asking what if any weaponry being used or developed by militaries of the world has its roots based on alien craft captured from a UFO visitation. 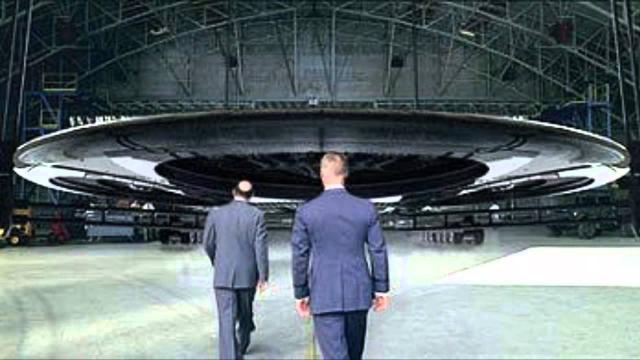 Files that were kept hidden by the British armed forces for decades have come to light which gives insight into the world of espionage and subterfuge of the cold war. As the world lived in fear of the clashing ideals of communism and capitalism it would seem another clash was going hidden behind the curtain of political ideas. This clash being of worlds and not ideals. All sides of this conflict thought and feared that the other had captured and impounded UFOs, and that they were uncovering the secrets this craft held, this to develop superfast fighter aircraft which could hover in mid-air and be invisible to radar.
This development we now know was true with the militaries of the world openly revealing their stealth technologies and cutting-edge warplanes during the mid-90s. 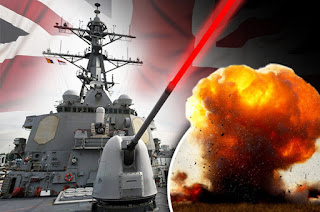 The British Ministry of Defense has released their UFO files from this time and Dr. David Clarke analyzed these records to see what really went on at that time and what if any technologies were obtained.
He talks about the 50 years of records that were filled with paranoid article fearing an imminent attack from the Soviets at any time and how they may strike with a military capability there was no way to defend against. This technology being reversed alien tech.
This fear was ended in 1997 with the decision that the field of UFO research was leaching resources away from more actionable intelligence sources and so the program was closed, or so they say.
This was conspiracy creeps in with those that believe the project was not closed but in fact, upgraded and moved to a position of higher secrecy.
So if the conspiracy is correct they would have had to have found something, what could that be?
The RAF dossier reveals there were many sightings and events that the military took a keen interest in.
One of these was the spotting of what is described as a mother ship over the streets of London
This was an enormous craft that displayed the ability to hover silently this leading the intelligence agency to believe that if it were Russian and not extraterritorial then the USSR had access to such advanced technologies as stealth, and electromagnetic propulsion technologies.

A senior air force commander, of the time, concluded that the enemy powers must have already gained access to a UFO, back engineered its technology and now be using it to their own ends.
This leads him to give a definition of sighting that should be forwarded to the agency, in this outline he requested that any craft was seen to move at high velocities,  make sharp maneuvers,  and or be capable of stationary ‘flight’ be seen by himself and his staff.
The name UFO was dropped from the military lexicon and was replaced with the terminology UAP (Unidentified Aerial Phenomena)
So if so much time and money were plowed into this by the British it would be fair to assume that all the other countries involved in the cold war did the same, they couldn’t afford to.
If there was the slimmest of chances that another country should succeed they would have an advantage and this would be unacceptable.
So can we find any weapon platforms that could possibly be traced back to the cold war?
(We have covered the claimed reversed engineered craft the story of Bob Lazar and element 115 here on the channel already you can watch that video here)
What I am more interested in is the actual weaponry.
Death rays, killer robots, particle beams what armaments have been derived from alien technologies?
The development of drones and other craft that utilize the advanced propulsion systems would be the first step. The new elements used to power this craft may open the doors to directed energy weapons. These having a large advantage over traditional projectile type weapons, although that being said a missile with the ability to travel in the same reported ways as a UFO would make for a devastating weapon platform.
Energy weapons could be the way to go, they are good as they only need a power source.
hypothetically these weapons do not need to be reloaded or at least not so frequently, there is the logistical advantage of not having to carry large amounts of ammunition and in some cases the ability to be unseen when fired.
D.E.W or directed-energy weapons have been in development since the time of the reports we talked about at the start.
These “lasers,” as they are more commonly known will transform warfare because of the numerous advantages, like those which we mentioned.
Many of these platforms are in operation today but the development has moved underground this because of the international laws prohibiting the use of directed-energy weapons against personnel.
These laws do however allow for the development of energy weapons that can be deployed to defend against missile attacks and other vehicular platforms.
These weapons work on the ability that they have to burn of melt objects, this heat capability making them very effective against the computer-driven tanks, airplanes, and other platforms common on today’s battlefields.

This is also the reason they have been banned for use against people, incineration from an energy weapon seen as an inhumane method of killing.
As hypersonic missiles, possibly designed using recovered propulsion tech, become more of a possibility, lasers which are capable of destroying a target at the speed of light might be the only option of defense available and capable of protecting military positions.
November 2017, saw the U.S. Air Force Air Mobility Command expressing their interest in the testing the capabilities of lasers mounted on a KC-135 refueling tanker, this for the purpose of defense.
In June 2017, Raytheon attached a laser on a U.S. Army AH-64 Apache Helicopter and successfully destroyed a number of aerial targets.
At sea, destroyers and cruisers are now being fitted with lasers to defend themselves against drones and missiles.
Ground-based systems, see the U.S. military placing lasers on short-range air-defense vehicles.
It would seem that we are on the edge of a day when these weapons will replace the bullets and shells of old, war will resemble a Sci-Fi movie.
Maybe the opening scene from Terminator wasn’t so far from the truth?
What do think about these technologies, are they being developed from reversed alien captured craft?
Let me know your thoughts in the comments below.
at September 24, 2018