When talking about alien life we often look to the stars. We talk of inhabited alien worlds and visitors from other planets zooming through our skies.
But, what if we look at other places?
What if we can learn more from unknown objects seen in the water?
In this video, we take a look at uso’s Unidentified Submerged Objects. 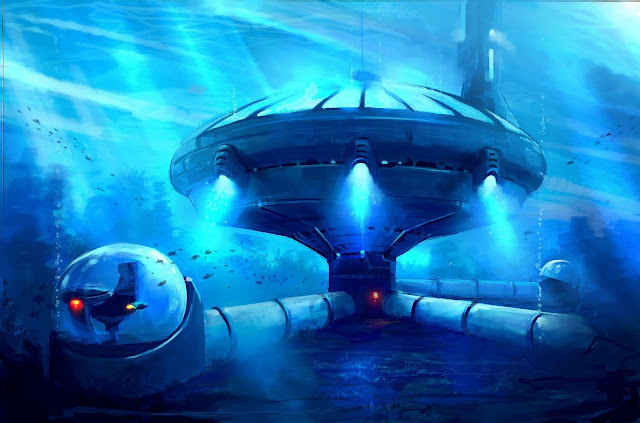 USO stories are building in popularity the sighting of strange craft jetting through bodies of water and easily passing between water and air are on the increase.
These events and objects are however not a new phenomenon, one of the first incidents occurred in the 15th century.
And involved, of all people Christopher Columbus.
Columbus on his journey to North America with his crew made the claim of seeing a glowing, pulsating, ball of light beneath the ocean's surface. This orb then rose through the water broke the surface and jetted away through the sky.
Remember this would have been a time before manned flight so seeing such a sight would have been very memorable.
This sighting was not likely a fantasy of those on a long sea voyage, as Columbus faced punishment for telling his tale. This punishment not so much for saying he had seen a uso/ufo but for reporting it looked like a Menorah.
Explanations for these submersed lights come in a variety of forms, from bio-luminescent sea creatures like giant squid, and jellyfish to astronomical phenomenon such as ball lightning.
More modern sightings make the claim that they are secret government technologies and underwater military bases. The latter being very possible but this fails to explain the older sightings like Columbus.
Those that follow the uso phenomena say the reason these sightings go back so far is twofold one the sea was one of the largest unexplored areas we first ventured into we saw many things that could not be easily explained at the time and two there were already alien bases operating beneath the waves.
These bases are scattered around the oceans of the world forming a global network, and the sea would make great cover for any alien life form wishing to keep its presence secret.
Could earth and its oceans be a jump-off point on the alien space highway?
Some of the most compelling locations for these bases are as follows: 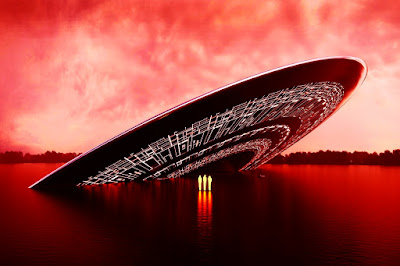 The suspected Underwater Base Off of Puffin Island on the Welsh coast.
Over the years and decades this location has been somewhat of a hotbed for ufo activity this has made many a ufologist conclude a submerged alien base lays off of the coast of Wales.
The year 1974 saw a swell in activity around the area, this ranged from the sighting of lights in the sky to descriptions of large triangular craft even reported abductions and sightings of humanoid creatures who witness said told them of their base under the sea.
Recently UFO activity has been downplayed, stats showing a decrease in reported sightings, these sites, however, contradict this research, with an 80 percent increase in activity at these sites, worldwide.
These aquatic occurrences are not only confined to the oceans.
Lakes and inland bodies of water also play host to suspected subaquatic bases.
The crystal still waters of Lake Titicaca border Peru and Bolivia.
They are the highest navigable waters in the world and have also been a site of much UFO activity. There have been claims that the lake hides an ancient alien base. The native peoples of Tiwanaku give offerings to these aliens in the lake, these in the form of gifts of gold, stone statues, corn and other valuable commodities.
These items are tossed into the waters of Lake Titicaca in an attempt to keep the gods below happy.
Tiwanaku is one of the most ancient civilized sites in the world, Ufologists and ancient astronaut theorists make the claim that the advanced level of agriculture, irrigation, and astronomy, structures, and advanced building techniques show that an extraterrestrial race once called the area home.
There has been the discovery of many texts and statues found near the lake, these depicting ancient Mesopotamian underwater gods.
Could these gods be an advanced alien residence from the past?
A Recent video was uploaded to YouTube showing the still, blue waters of Lake Titicaca, then what appears to be a large submerged object is seen slowly making its way away from the shore. It appears to be disc-shaped, and solid.
If there was an ancient alien underwater base below the surface of Lake Titicaca, perhaps this is the video that shows it may very well still be in use.
Many people around the planet have seen UFOs and USOs, do you believe those have seen and reported them?
Have You Seen a UFO, USO?
Let me know in the comment below.
at August 29, 2018