Officially Aliens do not exist.
We are slowly being fed a stream of media from varying sources in what some think is a step toward full disclosure.
For many years those that believed in extraterrestrials were marginalized and even ridiculed but should they have been?
after all presidents and other world leaders have talked openly on their ufo experiences and this has long been the case. 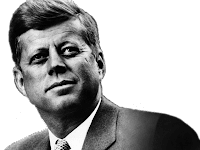 Regan, Carter, and others all have talked about sightings of strange craft but official presidential reports go back further way further
President Jefferson might be the first US president to have officially recorded an alien visit.

Thomas Jefferson held the presidency from 1801 to 1809 and took possession of a report of a UFO in the form of a letter from 1813.

An innkeeper in Portsmouth, Virginia, and his friend were traveling from Baltimore when they experienced a strange object in the skies, something that must have been a shock especially as the only man-made objects in the skies would have been ballooning.

Edward Hansford and   John Clarke, wrote to President Jefferson describing how they saw a meteor-like object in the sky.

but unlike any meteor the men had seen before this thing started to change shape, first changing into what resembled a turtle shell.
The men said that in addition to this shapeshifting the object also oozed smoke and looked like it was in difficulty.
Then very strangely the UFO changed shape again this time into what appeared very similar to the outline of a human skeleton.
as this strange sight shot across the sky, The object quickly gained and lost altitude.
This story comes from The Papers of Thomas Jefferson: Retirement Series reprinted in 2010
The letter reads:


“We saw in the South a Ball of fire full as large as the sun at Meridian which was frequently obscured within the space of ten minutes by a smoke emitted from its own body, but ultimately retained its brilliance, and form during that period, but with apparent agitation.

“It then assumed the form of a Turtle which also appeared to be much agitated and as frequently obscured by a similar smoke.

“It then assumed the shape of a human skeleton which was frequently obscured by a like smoke and as frequently descended and ascended—It then assumed the form of a Scotch Highlander arrayed for battle and extremely agitated, and ultimately passed to the West and disappeared in its own smoke.”
This was a very unusual sighting and must have been of great interest to Jefferson.
so what do the presidents know?

200 years have passed since the sending of this letter why are we still in the dark?
let's look at the history of presidential sightings starting in
March 1942 US Army chief of staff General George C Marshall wrote president Franklin D Roosevelt saying
"Headquarters has come to the determination that the mystery airplanes are in fact not earthly and according to secret intelligence sources that are in all probability of interplanetary origin"
Rosevelt responded
"coming to grips with the reality that our planet is not the only one harboring intelligent life in the universe".
Reagan told of his first alien encounter, claiming that the road on which he was driving blocked by a UFO.
This is when strangely according to Regan An alien came up the car and told him: "Leave acting and go into politics."
In his second sighting, he tells of a strange moving light he saw from the window of his private jet, which he then ordered his pilot to follow.
"To our utter amazement it went straight up into the heavens," Regan said.

Before becoming president Jimmy Carter is said to have witnessed a bright green light in the sky flying towards him in 1969.

Harry S Truman is said to be the president who was the first to make this topic secret creating the "Majestic 12" group in 1947 after the reported crash near Roswell, New Mexico.

Dwight D Eisenhower is said to have been part of a summit with aliens.
veiled in secrecy but a number of reliable sources claim that he flew to Holloman Air Force Base in New Mexico to meet with extraterrestrials in 1955
And probably the most famous US president to have ever lived John F Kennedy was said to have been demanding disclosure prior to his murder on November 22, 1963.

It seems there is a long history of hiding the truth but today that is changing technology has made the keeping of secrets difficult.
The belief in Aliens is at an all-time high.
In excess of 40,000 Americans have taken out protection against being kidnapped by aliens.
If companies are willing to insure people surely they need to know the truth for their risk assessment ... joking aside

We are at the point when the world is ready for disclosure, let's see what these elected leaders have been hiding all these years. 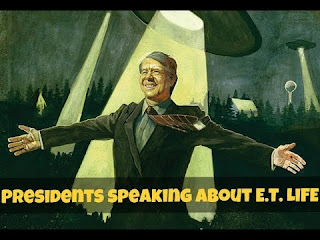 Do you think it is time for disclosure?
Are visitors from other worlds in regular contact with world leaders?
let me know what you think in the comments below.