Doppelgangers 'IF' The case of the Multiple Madeleines?

Doppelgangers are People who bear a strikingly similar appearance to someone else.
This can be celebrity look a like, family resemblances’ and just the coincidence of two people looking remarkably alike.
This phenomenon can, however, go beyond appearance and be seen in other areas of people’s lives.
Is this strange phenomena something natural or could it be a paranormal occurrence?
Let’s take a look at the unusual case of the Multiple Madeleines. 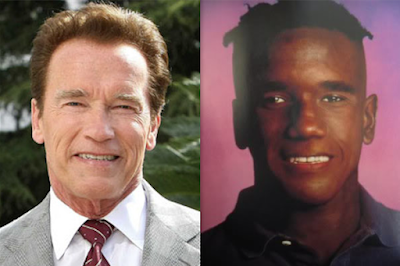 This mystery gets its start in the year 2004 when women chose to move back to her native country of France. When she arrived to begin her retirement, she discovered that she was already living in the country and claiming her pension.
This weird story begins in 1924 with the birth Madeleine, born into a rural French community, this sleepy Gallic village would not be a place many would think that a mystery such as this would spring from.
But!
On that day in 1924, there was more than one the born!
Growing up in the quiet French countryside this lady had a life which was unexceptional, she eventually married and moved away with her new husband in Algeria, She lived there until her husband’s passing. This sad event saw her deciding to return to her country of birth.
She traveled back to her home in 2000.
When she entered her home country she needs to set about getting her life back in order. First let the authorities know that she had returned and registered for her new I.d card.
This is when the weirdness begins.
upon  her details being entered into
The government's system revealed that Madeleine Paule Hélène Morès was already claiming her pension from the state, and was on record as living in Saint-Étienne for the past two decades!
Initially, of course, the police suspected a simple case of identity theft. This was until they investigated the case and found more than a few anomalies.
In a bid to solve the mystery of two people being on record as one in 2006, detectives arranged for the two women to meet face to face, this in the hopes that one or the other would panic or make a slip and reveal their deception.
Instead, things took a further turn for the unbelievable. As The Telegraph reported at the time, Madeleine 1 and Madeleine 2 stuck to their stories adamantly.
Apparently, this was not some sort of fraud. Police thought that they had uncovered the scam artist after discovering that Madeleine 1 had once tried to commit fraud.
The investigation revealed that both ladies easily reeled off the details of their birth and lives and each did this separately from the other and they both produced a range of documentation—from birth certificates to pay slips—proving their claims.
This is when the police had to conclude that not only were both women Madeleine Morès, they were ‘THE SAME’ Madeleine Morès!

The lives of these two women were almost identical both had the same parents both were given up by these parents. Both went into foster care as far as anyone in the bureaucratic machine was concerned these women were one in the same person.
To solve this dilemma DNA was used.
The brother, René Morès gave a sample that was then matched to samples provided by the two women.
There was a match, Madeleine 1 the lady arriving into the country from Algiers, but in another strange twist it was discovered that the two knew each other prior to this meeting in 2006, but neither of them had any memory of it.
How was this discovered?
A picture of Madeleine 1 had been taken at an orphanage in Orleans, many years ago.
Sitting next to her in the shot?
You guessed it, Madeleine 2.
The women agreed that the photograph was genuine and that it was definitely the both of them in it, but neither had any memory of the taking of the picture or meeting one another.
So what is going on with this extreme doppelgangers case?
Is this just the result of the longest, most impractical con of all time, or is there something much, much stranger at work?
Could this be a glitch in the matrix or are they simply long lost sisters, although if the latter were true it would have picked up by the DNA test?
What do you think was going on with this doppelganger story?
Have you got your own doppelganger?
Let me know in the comments below.