Cursed Books 'IF' books of good and evil.

Throughout history, there have been numerous mysterious books and manuscripts said to hold magical and even deadly powers and curses.

Books contain knowledge and knowledge is power but would you read something that is to die for? 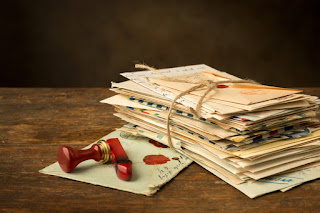 Picture the scene a dusty old library a researcher carefully maneuvering a book onto a stand …beads of sweat slowly forming on his brow.
The pages of the book he is about to open not only hold knowledge but also the deadly poison arsenic.
This because of the paint used by the printing process employed during the Victorian era
This may sound bizarre and have you asking yourself if this was done purposefully to protect the book and its knowledge from unworthy eyes but in actuality, paper can be toxic.
Old manuscripts are often found to contain glowing green arsenic.
This forces many libraries and other collectors of rare books to check their most recently acquired books using x-rays before they can even handle them.
Kaare Lund Rasmussen and Jakob Povl Holck explained their process.
"We take these rare books to the X-ray lab because the library had previously discovered that medieval manuscript fragments, such as copies of the Roman law and canonical law, were used to make their covers.
"It is well documented that European bookbinders in the 16th and 17th centuries used to recycle older parchments."
This where the problems arise, many old book covers are caked in a “heavy layer" of green paint. This paint was making the reading of any underlying text almost impossible.
So, the men decided to use a technique called micro X-ray fluorescence.
They shined a pinhole-thin beam of light onto their manuscripts, this in the hope of highlighting specific elements such as calcium or iron that was baked into the underlying ink this would illuminate the hidden text and enable it to be read but Instead, they found arsenic! 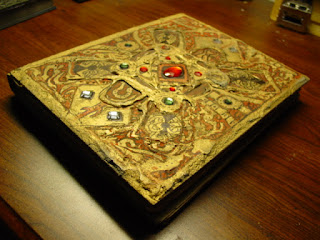 Arsenic being a natural metalloid found all over Earth — however, when combined with other elements like hydrogen and oxygen, it becomes deadly poisonous.
This toxicity does not diminish over time.
This element was popularly used during the 19th in products ranging from dyes to paints this meaning the people of time unknowingly used poisonous postage stamps wallpaper and clothing.
Talk about beauty to die for!
These deadly books were made unintentionally but there are also a few that have been purposeful.

We all know about the curses of Ancient Egypt. Most good mummy movies feature dire  warning against the desecration of temple and tomb. The same principle was applied to valuable documents.
A Babylonian king placed a curse on a set of clay tablets back in the 7th century B.C
Let start with The Necronomicon a book with a known curse, this in the sense that anyone who messes with it is pretty much guaranteed to raise the dead and get themselves into a whole heap of trouble.    (evil dead footage)
While a book offers us the chance to find adventure and mystery, a cursed book brings calamity to anyone who dares open it.
Let's take a look at some of the more modern works of literature which could lead you to terror!!
Our number one is The Brief Wondrous Life of Oscar Wao by Junot Díaz.
oscar-wao“Because no matter what you believe, fukú believes in you.” The opening pages of Díaz’s novel are dedicated to explaining the curse that plagues the Wao family.
This curse, known as fukú.
It was said to have originated in Africa, it spread across the Atlantic finding a new home in the modern-day Dominican Republic.
This curse is bad, it not only curses the person but the bloodline the curse follow families through generations. Oscar’s short life, full of personal turmoil, and his eventual demise is a testament to the curses potency.
Now to a book that has been made into many movies. Jay Anson’s The Amityville Horror.
This reportedly true story recounts the horror-filled night that saw the demise of six members of the DeFeo family. The Lutz family moved into the house and that when all sorts of supernatural happenings occur. Those that have been involved in both the boof and the movie have been plagued by mysterious and evil events. The claim is that the story is so potent it attracts the attention of demons and other evil spirits. 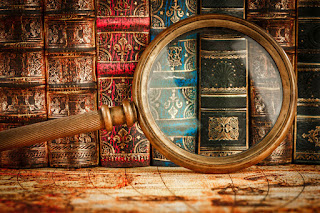 Sticking with the horror movies and books they are associated with a classic Bram Stokers Dracula
Dracula is the main character who is cursed with eternal life.
He is himself a curse spreading his immortality and bloodlust to all those which he bites. This story is thought to an allegory for the Irish migration which was occurring at the time of the books writing.
The Irish were regarded as a curse their integration with the population seen as polluting a pure bloodline.

The newest book on this list Nightbird by Alice Hoffman
Nightbird is set many Centuries ago. The story tells of a  Witch cursing the Fowler family, so now every Fowler son is born with wings.
These writings are based on curses or carry curses themselves, do you think curses are real?
Would you fear reading these stories?
Do you own any of these books or have you read them?
If you do or have has anything untoward occurred related to the book?
Let me know your stories in the comments below.