Parallel Universes 'IF' We Live in a Multiverse?


Questioning our own reality is something that we have done a few times here on the channel.
From asking if our universe is a matrix style simulation to questioning the existence of other realms, ideas on what our universes is and what others are out there along with the different dimensions that could be possible, is a fascinating topic.
There is science available to support these theories.
Fields such as String theory and mirror universe, to name a couple.
But what if ‘today’ we are living in one of these Parallel levels of existence?
What if CERN has created a new universe? 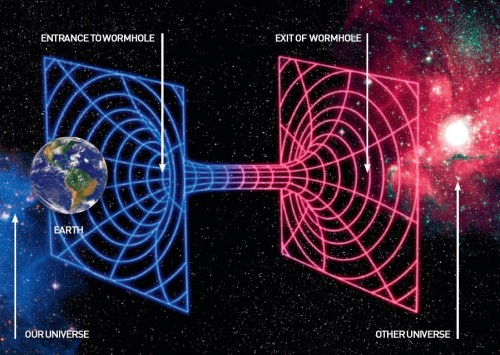 The concept of parallel worlds is nothing new, for centuries authors have penned stories that propose different realms and levels of existence, all with different attributes and strange properties.
Television shows like ‘The outer limits’’ and ‘Twilight Zone’ to more modern classics like ‘Stranger Things’, all use the same idea.
A parallel world hidden behind our own.
Even the media monster that is Marvel, is building a multiverse.
The idea that worlds are hidden just out of sync or behind our own, sounds like something which could only exist in science fiction, but it is true!
The Science of parallel worlds has just moved forward with the idea we are living in a multiverse.
This new discovery proposes that we are part of a larger multiverse, this multiverse comprised of a variety of physical phenomena, featuring multiple Big Bangs, space bubbles and maybe even an alternate version of you!!
A study carried out by British astronomers has been looking into the “Cold Spot”.
This is an especially cold region of space, observations made of the microwave background radiation dates this area of space to the earliest beginnings of the Universe some 13 billion years ago.

The area was first found by NASA in 2004 and it is an unusual place.
At 1.8 billion light years across it doesn’t comfortably gel with the existing cosmological models. One explanation is that it simply doesn’t exist, being just an illusion created by the expansion of the universe, the other is that the data proves this Cold Spot might be the first evidence for the multiverse –
With this new idea, is there any way we could, or have accessed, the different plains of this multiverse?
This is where we introduce CERN and the large hadron collider.
CERN is the European Organization for nuclear research. They study the structure of our universe and matter. They use the most cutting edge equipment including the large hadron collider. The world’s largest particle accelerator.
In a recent article from ‘Disclosure TV’ a young boy of genius intellect has made the claim that this facility has created a new universe.
In this new reality he says there is free energy, a unified field of consciousness, access to superhuman abilities, and alternate reality versions of you!!
And more.
The 13 year old explains his ideas to all of those whom have the I.Q to understand.
Max Laughlin isn’t your ordinary 13 year old; he is said to be the smartest teenager in the world.  Having created a device which could provide energy for free to the whole planet and he stumps many with his ideas on alternate realities and the nature of the universe.
The boy’s theory of CERN having destroyed the universe and that we now live in the parallel universe that was the closest to us.
He has explained his theory in a video and it is mind blowing.

So if this theory is correct we know that we are part of an infinite parallel universe, this universe in a constant state of creation and destruction.
Over seeing or at least existing in these realms is god.
He then goes on to say that if there is an infinite number of parallel universes, there may be a universe in which God doesn’t exist or one in which God is even more powerful.
The boy gives us an example saying “God is capable of creating a stone that cannot be lifted; if this is true then God himself wouldn’t be able to lift that stone, but on the other hand, if God is all-powerful then perhaps he could lift it as he could do anything.”
This is where we hit the paradox of the unliftable stone.
This paradox reflects the universe, if the universe or multiverse exist and they were created by an all-powerful being, who could have created that being?
Do you think that we are part of a multiverse?
Do you think that we have shifted our dimension?
Is this an explanation for the creation of our cosmos?
What other theories could explain the evidence of parallel dimension?
Let me know your thoughts in the comments below ……