Picture this you are at home watching your favorite show
When you here a whisper
Soft at first, almost undefinable, but the more attention you pay to it the louder and clearer it gets!
In an attempt to clear your mind you step out of the house
And go for a walk
You notice vehicles moving with you and what seems like people watching your every move
Is this the first steps toward insanity or could you be under observation?
Welcome to the paranoia filled world of
TARGETED INDIVIDUALS! 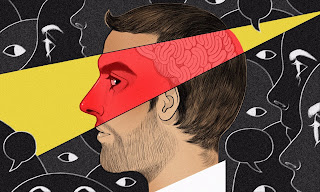 is there a Programme being carried out where innocent people are being used as geanue pigs, an experiment monitoring the effects of non-touch torture, covert poisoning using drugs such as pcp and lsd and new pharmaceuticals that are used to hypnotize?
Are there secret groups stalking, harassing sabotaging and bullying innocent members of the public?
These are the claims of those that say they have been targeted by the government or some dark hidden branch of the secret agencies.
These unfortunate souls tracked each and every day of their lives.
What adds to the stress of being targeted is that so many do not believe you. The victims of this persecution are often misdiagnosed as suffering from mental illness.
They can be hospitalized and forced to take medications that are mind and body altering.
Often they are treated for paranoia and schizophrenia when they could be the victims of a sustained campaign of personalized terror.
Before you too think that this is some kind of p.t.s.d or a condition from the results of some sort of substance abuse.
Think back to the secret governments operations of the past.
MK ultra-famously drugged and used many various methods to control the thoughts and actions of people both willing and unwilling in that program.
These new targeted individuals may be ‘unluckily’ selected to be part of a test group for technologies that could be the next generation of mind control.
These experiments driving them slowly insane.
From hearing people in a crowd whispering your name and revealing to you your hidden secrets, to being the subject of vicious rumors.
all designed to kill your creditability and character.
This system works two fold one it discredits those that make claims and two convinces the masses that the person is unwell.
These passive interactions and manipulations can develop into more physical harassment.
Targeted individuals often report that they are stalked on a daily basis, the person or persons stalking them often pushing people in directions and to a place that they never wanted to go.
This is just the tip of the iceberg as many say the harassment and constant pressure is akin to electronic rape.
This electronic rape goes by the name RMN, remote neural monitoring.
It is said that Nano machinery is sent to invade a host, this technology then begins to construct a network of bio-sensors, transducers, and semiconductors.
These are used to monitor the subject, and control their behavior.
Advanced AI takes control of these devices and hacks into a person’s most private and personal thoughts.
The goal is to manipulate the body and mind of a victim.
This is said to be done with radio waves/bio-photons/neural evoked potentials, bio-telemetry data flows, and amazingly, electromagnetical charges-coupled with microwave radiation pulses.
This “Minority Report” tech is said to be the precursor to a system that will monitor and control all free thought.
This to build a totalitarian system of world governance.
The Idea Is that the different branches of enforcement such as police or the FBI will have access to a data base of thoughts and ideas, which they can then sift through to find those that may be having dissident thoughts.
After that who knows what they plan on doing with these people?
Others think that it goes beyond monitoring and that it is a system which will change behavior making the public become a subservient class.
Who then follow the leader class unconditionally, never questioning their place in society and providing an obedient work-force? 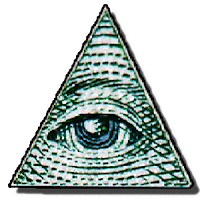 Those that feel they have been targeted have unsuccessfully attempted to report what is happening to them.
Saying;
When they approached the police or other agencies and requested assistance there seemed to be a process in place to funnel these people through to an institute or hospital, where they would be monitored even more and tested upon.
This not in an attempt to help, but to improve the mind control technology and make it unperceivable to those that have been selected for the test.
Military technology, no-touch torture devices, bio-weaponry and nanotechnology are all part of this shadowy groups arsenal.
This “is” a global phenomenon and indicates that this group has tremendous resources, money, personnel, technology, and connections to all aspects of society, along with many operatives, and massive power.
It is a new world order cult.
That could be threatening to enslave the globe populace with its secretive technologies!!!
Do you think people are being targeted?
Are you worried a secret group has enacted a plan for global domination?
Where would you go for help IF you become a targeted individual?