Military and the Paranormal


'IF' The Armed Forces Battled these Beasts?

“War is hell” was famously uttered by William Sherman back in 1860.

But as we know hell is home to many other strange creatures and entities.

When this hell comes to earth does it attract the attention of evil beings whom then take advantage of the violence, madness, and horror to carrying out their evil deeds?

In a recent article from ‘mysteriousuniverse.org’ a series of reported sightings and interactions with supernatural, and perhaps even demonic creatures during wartime was compiled.

Let’s take a look at these wartime encounters and ask if “war is not only hell, but opens the gateways to it”? 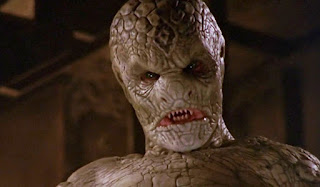 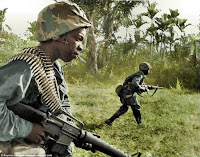 Let’s begin in the 2000s and the Afghan war.
Troops stationed at a base in Mosul reported an encounter with a creature they claimed was a demon.
The report says these troops jumped into action after receiving the call that the base was under imminent attack. They did as trained grabbed their kit and weapons and reported to their stations ready to defend themselves and the base.
They watched an attack unfold as men “enemy combatants” began scaling the perimeter wall.
The troops began to shoot.
In the melee many of the attackers were hit but one of these was particularly strange.
As the bullet tore into the attacker a plume of black smoke was seen to rise out of the body.
At that time the troops thought it could be a suicide vest that was hot and damaged or failed to detonate.
But this is when things took a turn for the strange, the smoke began to form into a shape. This shape resembling a man and to add to the weirdness a pair of red glowing eyes appeared along with a mouth.
The apparition smiled at the troops turned and ran only to fade away to nothing after a few steps.
Could this have been a ghost or demon or how about a jinn a creature commonly found in Middle Eastern mythology.
The soldiers had no clue and were obviously shaken by the encounter and did not talk about the incident for many years after.
But Jinn, ghosts or specters are not the only thing to have appeared to troops battling in the Middle East.
Vampires have also been reported.
The bloodsuckers are said to live in the deepest regions of the deserts, but in the chaos of war with it secret camps and displaced people. They are said to venture in under the cover of darkness and abduct people from these camps.
One soldier saying they are known to live in the area with many reports coming from locals who warn the troops to be on the lookout for these tall wiry looking men.
They say that they have stalked the region for hundreds of years could they be the vampiric survivors of the Ottoman Empire after their run in with Vlad the Impaler?
Or like hyenas are they attracted to the chaos of war finding and easy opportunity to feed.
Maybe the US forces need to be issued stakes as part of their basic kit.
Again reports from U.S. military personnel claim another beast often connected to the vampire legend was spotted.
This time stationed in Morbach, Germany. 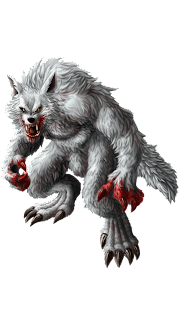 A sighting in the 1980s has army air force personal reporting a large wolf like man prowling on the base.
The soldiers were alerted to the creature’s presence after an alarm was tripped, upon investigation the troops came across a two legged hair covered entity standing at around 8 to 9 feet tall with long arms and canine type head.
After  the soldiers and this ‘manimal’  stared at one another for what seemed like an age the wolf man leapt clearing a fence said to be over 10 feet in height.
The security on the base needed to know what this thing was and if there was any threat to security so they brought in a tracking team to find the beast.
The dogs were introduced to the tracks and the scent but were unable to track, this as they instantly became over whelmed with fear.
What could this have been?
There is a local legends of a farmer’s wife cursing a Napoleonic soldier whom was said to become a beast at the appearance of a full moon.
He would then stalk the area murdering, raping, and pillaging all in the form of a bipedal wolf-like abomination.
This beast became known the legend known as the “Morbach Monster”
Another reported sighting dates back to the 60’s and the conflict in Vietnam.
Serving troops told the story of when out on patrol in the tropical jungles, one night they kept seeing fleeting glimpses of something stalking them.
Fearing it to be an enemy ambush that night as they hungered down for the evening a group of soldiers were sent out to investigate capture or kill the suspected enemy whom were following the platoon.
Tracking their suspected Vietnamese enemy, this group found them themselves in front of a cave, this was however no ordinary cave.
It was in a sheer a cliff wall with what looked a boulder rolled across the entrance blocking it.
They continued to investigate feeling they may have the enemy trapped as they drew close, they were overcome by the smell of death.
Taking up defense positions something strange began to occur, a rumbling sound began to emanate from what felt like below the ground.
It was then a man like beast made its way out of the cave.
The figure rose up standing at a height of around 7 feet, this is when the men could clearly see this no man.
The torso resembled a man, with a head chest and arms but the body was more like that of snake.
Covered in scales and wearing long robes and a strange hat. The creature began hissing loudly and this is when more of the lizard or snake like men were spotted.
In fear the men began to unload on these creatures.
In a scene reminiscent of the movie ‘predator’ the jungle erupted in gun fire with vegetation flying everywhere.
When the men had emptied their weapons they went to see what they had hit.
And again just like in the movie “they hit nothing”
They guessed the creatures had returned to the cave so they rigged some charges and blew the entrance.
Then making their way back to base camp. 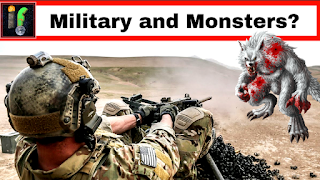 Once again these reported creatures may have a basis in truth or at least legend as the Naga are reptilian type cryptids commonly mentioned in local folklore and legend.
Could this be the creature these servicemen stumbled upon?
Is it that war attracts such beasts or could it be that in times of war we are pushed into areas people rarely explore and stumble across creatures mostly hidden from human history?
Could these sightings be hallucinations brought on by the stresses of combat?
If we find these things in times of war should we not make more of an effort to seek them in times peace?
Let me know what you think in the comments below.