The Roswell Crash is the probably most well-known of all UFO incidents in the world.
It has been the subject of countless numbers of books, documentaries, and videos.
The truth has been buried under an avalanche of wild claims and outright lies.
There is however a good source for what happened on that night. 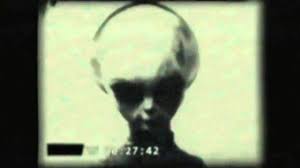 Army Air force nurse Matilda O'Donnell MacElroy gave ufo researchers documents and letters recounting what she had seen and heard on the night of July 8th, 1947.
These documents recorded her communication with an alien being, whom she "spoke" with telepathically.
During the summer months of 1947 she claimed to have interviewed an extraterrestrial being.
The ET was named "Airl", and according to the story, it was the pilot and engineer recovered from the saucer that crashed near Roswell on June 14, 1947.
The story of the Roswell incident is pretty much common knowledge, it’s even popular with those that do not follow the field of ufology.
But to recap an alien craft was said to have crashed on a ranch 30 miles north of Roswell New Mexico. It was then recovered by US armed forces, aliens were found and the incident was first reported as a UFO crash only to be quickly covered up.
The rest as they say is history.
The surviving alien from Roswell carried a message about humanity’s past, present and future and warned of disasters and hidden truths.
Airl said that the history of this universe is a "River of Lies" down which the might and freedom of all-powerful, god-like, immortal Spiritual beings ended and was lost in a Sea of Matter and Mortality.
If one were traveling the far reaches of the universe in search of a place called "Hell", it would be an accurate description of Earth and the inhabitants in its current condition.
The alien went on to talk about the errors we have made when it comes to our history and the history of the planet.
It claimed that what we consider evolution and our role in the universe is very wrong.
Saying The text of books it had been given on subjects related to the function of life forms contain information that was based on false memories, inaccurate observation, missing data, unproven theories, and superstition.
The alien suggested that we look into the Vedic texts, saying that these books contain the truth in the form of ancient Vedic Hymns.
These Hymns working as folk tales and a historical record written in rhyme.
These records could then help mankind reach the truth regarding evolution.
Evolution does not occur accidentally. The alien said “It requires a great deal of technology which must be manipulated under careful supervision.”
The 55 page interview records the ET’s ideas on topics ranging from Language, reading and education to the historical timeline and sciences and even gives predictions for the future of our species.
These documents are an interesting read and raise as many questions as they answer, you can find a link to the documents in the description box below.

This information reminds me of the ‘Majestic 12’ documents and other evidence that has been submitted over the years.
Proving the legitimacy of these stories is difficult, but if true does highlight just how paradigm shattering
Alien contact could actually be.
As a species we may be forced to face the fact that all that we thought we knew is wrong, and that we may have to change our entire civilization if we wish to survive.
This thought could be terrifying or liberating depending on your own personal views of the world.
Do you think these documents are genuine?
Do you believe that we should follow the advice of an ET?
Have you ever seen a UFO?
Let me know in the comments below.