'IF' Science finds the Divine!?

The history of the world has seen many different religions.

All of these faiths thought that their religion was the truth and that their God or Gods would protect them and help their society’s flourish.

These societies have risen and fallen, so what happened to the gods?

In this modern age of science have there been experiments to find out? 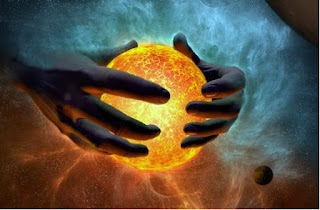 This is the story of an experiment to search out God was said to have taken place in 1983 and goes as follows:
In a hidden facility a scientist proceeded to carry out an extremely radical experiment with a barbaric procedure.
The theory of the scientist was that if a person was deprived all senses, they may then be able to perceive the presence of God.
The removal of all five senses may well enable a human being to establish or at least sense the existence of God, this because of the removal of their senses would eliminate all sensory distractions.
Moving forward with the plan, an old man was selected.
This volunteer was said to be terminally ill and not long from death, feeling he had nothing left to live for he stepped up to the plate and became a human Guinea pig.
The scientist then went about a complicated series of procedures in which he eliminated each and every sensory nerve connection to the man’s brain.
These series of operation left the man unable to see, hear, taste, smell, or feel. He did retain muscle control allowing him movement and his bodily functions ‘such as breathing’ to continue to function correctly.
The old man was now isolated in his own my mind, all sensory input with the world cut.
The scientist monitored the man closely, it was then he began to speak.
His speech loud and slurred, probably because of his inability to hear his own voice and feel his mouth move.
His ramblings continued almost nonstop for a period of four days, this was until the man suddenly began to speak clearly.
He spoke, claiming to hear hushed, unintelligible voices.
The scientist thought that this may well be the first signs of psychosis so recorded the results and continued the experiment.
The man babbled on for another couple of days until his claims of voices took a turn for the strange.
He claimed to hear the voice of his dead wife calling to him, he was however unable to call back.
The man then began to tell the scientist he was hearing voices of relatives that had passed, but not from the man’s family but from the family of the scientist!!
He then rattled off a list dead family members from the scientist family, knowledge that only the scientist could have known.
The experiment dragged on for another week and by this time the noises and voices in the man’s head had reached the point of becoming unbearable. The scientist seeing the pain and the man in so much distress took the decision to sedate him, allowing some time to recover so the tests could then continue.
The success of the sedatives were short lived as the poor man soon began to suffer from sleeping terrors, the disembodied voices of the dead now taken form in his mind. Appearing to him ceaselessly driving the man insane.
The man began to claw at his own face screaming and trying to tear out his eyes.
He cried out and shouted the messages from the dead, descriptions of hell and the end of the world.
Then repeatedly one phrase was continually murmured.
“No heaven, no forgiveness”
The scientists was convinced that he was close to establishing contact with God.
The experiment did not stop!
The man became increasingly mad scratching and biting chunks from his body, all in a vain attempt to feel something, a sensation from the outside world which could take him away from the living hell in which he was trapped.
This until he fell silent, just lying there staring blankly at the ceiling.
Tears rolled down his cheeks until he turned his head and, despite of his blindness, he made eye contact with the scientist.
He whispered “I have spoken with God, and he has abandoned us” his vital signs then stopped.
There was no apparent cause of death. 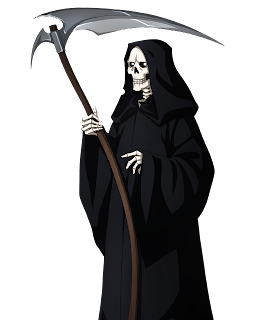 So could this story be true or is it just a work of fiction, a fable told to warn us about meddling with the powers of the Gods?
For me it sparked the idea of God or the Gods existence and how people today interpret an all-powerful being.
I then found a real world case similar to that of the story.
World famous atheist Richard Dawkins a British evolutionary biologist, took part in an actual documented experiment similar to our story, it was obviously less drastic in its approach and methods.
A team would use electromagnetic pulses on the brain to induce religious experiences in subjects.
The equipment used “The God machine," as it was dubbed by those reporting on the experiment.
This machine was used in way that Triggered certain parts of the brain, this stimulation was meant to give the subject a sense of an over seeing presence and the feeling of oneness with the universe.
The feeling and experience of meeting God.
With Dawkins it failed.
He did not experience a Godly being or communion with the universe, there was no spiritual sensation.
Others said the opposite and reported experiences of sensing some powerful entity, this leading scientists to claim religious experience is made in the brain.
Many researchers viewing the brain as the key to understanding religion and God.
The science of religion has been the focus of much historical debate, from the ideas of Greek philosophers to the modern writings of Sigmund Freud.
The source of religious experience has been long sort.
In today’s modern world we see researchers applying brain scans, genetic probes, and other potent instruments as they attempt to find the physiological causes of religious experience, characterize the effects, and perhaps maybe even learn how to replicate them.
Stretching the science to its limits with this endeavor is controversial.
Religion and God are complex manifestations of the most complex phenomenon known to science, the human mind.
Let’s say scientists found a way to give us a permanent, blissful, mystical self-transcendence. Would we want that power?
Should we be searching to prove the existence of the divine using science, or should we be leaving this to the Priests, Monks, Rabbis and Clerics of the world?
Let me know what you think in the comments below?