Half fish and half human the mermaids and mermen have been a creature of myth and legend that has followed mankind through the ages.

Some of these water dwelling cryptids are peaceful, others are pure evil.

It is said that there are six main types of mermaid 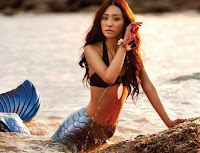 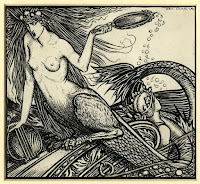 The stories of these creatures share some similarities across cultures and countries.

In this video we travel to Japan and take a look at their Folklore.

The Magical Mermaids of Japan are known as the Ningyo.
They share similarities with the mermaids known to the western cultures, their appearance features body parts suited to living on land and in water.
The legends that surround these cryptids are however different.
For starters the Japanese mermaids are said to be wild creatures, their bodies are divided in the middle like the western mermaid but their torso is not one of a beautiful women or a handsome man but that of an ape or a monkey.
This ape like body also has some reptilian features, sometimes heavily scaled with misshapen heads which can be horned and they are often shown in paintings and literature to have a mouthful of razor-sharp teeth and large sets of fangs.
One of these Eastern Mercreatures was reportedly captured then sold and displayed in the world famous circus of P. T. Barnum.
Barnum displayed the preserved remains and billed the attraction as the ‘Fiji Mermaid’.
The exhibit was extremely popular but not well understood.
Why was this mermaid so hideous when western mermaids are so beautiful?
I think this is a reflection of the differences in cultures.
The beauty of the western mermaid hiding the fact she dangerous and is likely to drag you to a watery death.
The western mermaids representing lies and the dangers of not following the truth.
Honesty being an important virtue.
The Japanese mermaid being more of a force of nature its appearance reflecting its animalistic traits.
In the Japanese myths the Ningyo are credited with having a number of mystical abilities, they are known to fore tell the future and strangely when they cry their tears form into pearls.
One legend from the 19th century tells of how the creature appeared to farmers and warned them of a coming plague and then again bearing good news of a bumper rice harvest.
These stories are as old as Japan itself and as the years have rolled on the abilities of the ningyo have grown too.
They are said to sing beautifully, be able to shape shift and even grant immortality when they allow a person to ingest their flesh.
They live incredibly long lives themselves and often considered very smart, using their intelligence to trick people and cause a lot of mischief.
Sighting of these aquatic cryptids continue.
Japanese soldiers spotted a ningyo on the shores of the Kei Islands in Indonesia.
This 1943 sighting reported the creatures as being roughly 4-foot 9-inches (150 cm) tall, pinkish skin, human looking face and limbs, spikes along its head, and a mouth like a carp.
Westerners have also reported seeing this mermaid.
In 1610, a British captain allegedly saw one such mermaid from a pier at the port of Sentojonzu. The creature was cavorting in the water nearby and reportedly came quite close to the pier where the bewildered captain stood. The mermaid was described as being the head of a woman atop a body that was all fish, with a prominent dorsal fin running down the middle of the upper body. Sea traders from the west would make note of mermaids in Japanese waters on many occasions in their logbooks, and some captains even made an effort to avoid known Ningyo haunts.
This raises the question, could the ningyo be a different a species of mermaid.
If sailors from Europe were familiar with both the Western mermaid and the Japanese mermaids reporting them as different entities.
This could show that the oceans hide many type of mermaid with vastly different evolutionary characteristics. 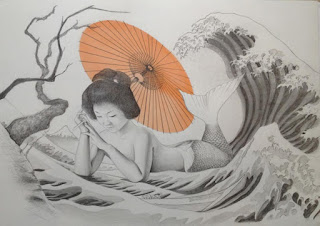 Do you think mermaids are real?
What are your thoughts on the differences and similarities between these mermaid legends?
Would you like to meet a mermaid and do you think they are dangerous?
Let me know your thoughts in the comments below
at May 25, 2018