'IF' The Universe is a Simulation?

An argument rages online between the Flat Earthers and just about everyone else.


The comments section of any video that mentions the idea of a flat earth can be a vicious place. 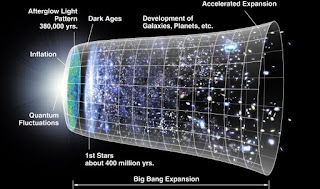 Hologram earth, is the idea that the universe and all things in it are a simulation.
The advances we see in technologies like VR may hint that in a few more centuries it could reach a point were its indistinguishable from what we consider real.
Scientist made the claim that it is very possible that everything we see, feel and hear in three dimensions emanates from a flat two-dimensional field.
The idea says the universe could work on the same principle as a 3d movie.
What we see as height depth and width is an illusion and the truth is everything is flat, maybe the flat earthers were right in a weird kind of way.
Some discoveries have given credence to this idea, in the "white noise" detected by telescopes have found vast amount of data hidden in these microwaves left over from the universes creation.
This data could help to clear up some of the inconsistencies between the many models of the universe depicted by quantum material science and Einstein's theories of gravity.
Japanese scientist Yoshifumi Hyakutake has given the world two papers on the hypothetical estimations of the energies of black holes.
The calculations were made using information on the event horizon (the boundary between the black hole and the rest of the Universe) its entropy and other properties based on the predictions of string theory as well as the effects of so-called virtual particles that continuously pop into and out of existence.
The numbers confirmed too many that the thermodynamics of certain black holes can be reproduced from a lower-dimensional universe.
A universe with a black hole has ten dimensions, with eight of these forming an eight-dimensional sphere.
The lower-dimensional, a gravity-free one has but a single dimension, and it’s a mix of quantum particles resembling a group of idealized springs, or harmonic oscillators, attached to one another.
The numerical proof that these two seemingly separate worlds are actually identical, this gives hope that the gravitational properties of our Universe can one day be explained, it may further explain Einstein's theory of gravity and also quantum theory. 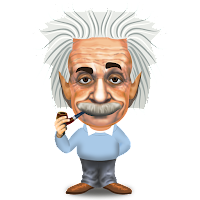 The next question would be if the universe and the earth are simulations who created the simulation?
From the old comparison to “the matrix” could we be part of something created by other beings?
If we are, does it really matter?
Let me know your thoughts in the comments below.