IF' The King Hare is real?

Cryptozoology is a favorite topic of mine and we have a few videos discussing the subject on the channel.
The old favorites of Bigfoot or the Mothman often pop up often but once in a while there is a cryptid that is hiding right under our nose.
In a recent story from the UK, a women claims to have seen one such cryptid. 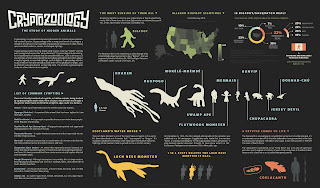 Louise Hodgson a tour guide in the UK county of Dorset has made the claim that she, whilst on a country walk with her dogs, spotted an unusual hare.
What made this hare unusual was its size, according to Louise the animal was as big as a deer!
She told of how she was walking in the valley with a group of local gypsies when they came upon a group of hares playing in the late September sun.
According to the witnesses they saw between 10 and 13 of the creatures, at first they were confused thinking that the smaller animals were playing with a larger deer but as they watched in became clear that this was also a hare, but it was much, much larger than the others.
She went on to talk about the magical experience which occurred in 1976 saying that it showed nature still has some secrets.
This sighting was discussed while Louise was attending the annual Occult Conference.
This story came to light in a question and answer session with Marian Green a follower of the paranormal.
Marian was talking at the conference on her belief in other mystical woodland creatures such as fairies, elemental spirits, and sylphs.
She talked about the tales of 'king' or 'queen' hares and this is when Louise stood and told of what she seen.
Dr Karl Shuker a cryptozoologist said there have been many sightings of giant rabbits, Ireland being a hotbed for the giant mammals since the 1970’s.
A rabbit and a hare could easily be confused, they do look similar the hare being the bigger of the two animals.
The brown hare is one of the world's largest species of hare and native to the area, they can grow to a body length of up to 30 inches, with the addition of a tail length of up to six inches.
Individuals at the upper end of this species' size can be as big as 3 feet, and can weigh up to 11lbs.
This is the same size as a family dog.
Another explanation could be the more exotic species of rabbit such as the Flemish Giant and the Continental Giant.
These bunnies can grow to be up to 55lbs in weight making the about the same size as a cocker spaniel. Another theory is a hybrid species, between these giant domestic rabbits and the hares.
The animals breeding when they escaped and mixed with the local hare population.
Another thought is that it could be regular old gigantism.
This occurs when an animal suffers from a hormonal imbalance that results in growing to a large size and is found in many groups of animal including humans.
Or it could just be an individual hare possessing a mutant gene that expresses extra-large body size. 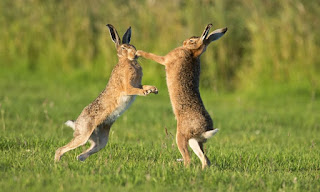 Do you think there could be these super-sized Hares out there?
Do you think they are a natural phenomenon or a result of mixed breeding with large domestic rabbits?
Or maybe they are something more magical?
Let me know what you think in the comments below.