From sightings of black eyed children, to the Dogman of Michigan, and the recent flying humanoid seen over Chicago.

It would seem that there are many strange and unknown creatures out there which take a human form.

Some of these are commonly found in popular myth and legend,

I have however, recently found a strange humanoid which is not so commonly known! 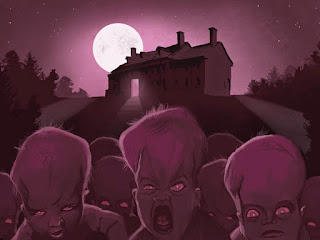 Strange sightings have been occurring for the longest time and reports continue to come in today.
The description of this creature can vary greatly from the old legends it is said to be a small creature that could be considered comparable to an elf or a gnome……

We took a  look at the possibility of gnomes in another video linked above.

a more modern sighting of the melonhead reported that the humanoid was larger than the normal size of around 3 to 4 feet, the witness reported that the cryptid did have the commonly described spindly limbs and oversized head.
These Melonheads are considered shy and when they are seen it’s normally only a quick glimpse.
Other stories claim them to be a ravenous, vicious little beast.
Quickly attacking anyone who is unfortunate enough to get too near.
They are regarded as aggressive, feral creatures said to be nocturnal only venturing out under the cover of darkness.
Hidden by the dark they are said to terrorize or even kill and eat people who wander into their territory from time to time, even each other on occasion, with those who have disappeared in Melonhead country sometimes said to have fallen victim to the vile creatures.

Another version of the Melonheads’ origin is a more straightforward story of a top-secret government project which was doing experiments out in the wilds of Lake County for who knows what nefarious purpose. In this scenario, the subjects underwent some sort of drastic experiments on their brains, which caused them to become ballooned and deformed. These subjects over time craved some sort of contact with the outside world, and are said to have escaped to make their way to civilization. Unfortunately, they soon realized that civilization did not want anything to do with them and their hideous visages, and so the forlorn freaks trudged back out into the wilderness to live forever in seclusion. The government, not wanting to create a widespread panic, did what any sinister government does in a good conspiracy theory and covered it up. Still other stories say they are the inbred descendants of a renegade band of witches who escaped into the forests to get away from persecution in colonial days.
The reports stated that although the humanoid had very thin limbs it could run at speed.
The article,which can be found in Weird U.S under the title “Your Travel Guide to America’s Local Legends and Best Kept Secrets” .
A man named Tony told the tale of how he had been traveling the dark roads of  Chardon, Ohio.  The heart of Melonhead territory.
This is when the he says he drove up a dark lane and looking out of the car window saw a creature running alongside the vehicle.
The vehicle Tony was traveling in, was moving at approximately 40 to 50 mph and the strange beast easily kept pace.
Running parallel to the car.
Tony commented saying   “It didn’t look anything like I’ve heard about in the stories.”
He said that the height of the mysterious creature was comparable to himself at around (5’7″).
The sprinting apparition wore brown pants.
These pants were very torn up.
The seams of these britches were held together with what looked like corn husk.
The torso was cover by a flowing white shirt, this shirt was very dirty being covered in brown and red stains.
The head was very large and dark brown in color the eyes bulged out and the ears had disappeared leaving two holes in the sides of the head.
The appearance of the humanoid looked like someone had attempted to inflate the cranium like a balloon.
Tony says that after getting such a good look for a good moment of time the Melonhead quickly veered off into the woods and vanished.
Another sighting of the Melonhead ….well I should say Melonheads, as there were multiple cryptids seen at the same time happened in Michigan.
Kelly Topp-Bedrosian claims she experienced her encounter when she and some friends explored the ruins of an old estate.
The group claim they spotted a strange man standing in a field, he stood out as the silhouette was disproportionately large the head. 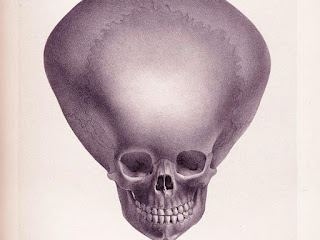 It then began walking towards them.
The group started calling out, but there was no response they say that instead of answering the man or whatever it was started to run toward them.
This scared the women, they made a mad dash for their car jumped in and sped away. They then saw more of these strange humanoids as they made there get away.

Whatever they are, stories of these bizarre entities with their freakishly oversized heads prowling the woods of Ohio have persisted for years, and indeed the legend has spread beyond borders to both Michigan and Connecticut, which each have their own versions of the story ranging from that they are inbred cretins running amok, to government created mutants, to escaped hydrocephalic patients from an insane asylum. In most traditions, these strange entities are said to still live out in the wilderness, often haunting remote, rural roads, and have kept their numbers steady over the years through continued inbreeding, which has made them even more insane and alien looking.