Life after death is a question as old as humanity
The afterlife comes in many forms, these are shaped and defined by the beliefs you hold in life.
The idea of what happens to consciousness when we die has, for most of our history, been the realm of religion and spirituality.
But now science is joining this group. 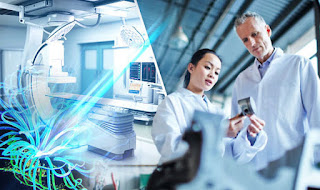 A recent scientific breakthrough meaning your thoughts and memories could be read after your death.

This idea sounds like something torn from the pages of a comic book or a science fiction novel.
From the cookies a technology that stores a person’s mind featured in the hit TV show “Black Mirror” to the personality storing device inserted into a person’s neck in the Netflix hit that was “Altered Carbon” the shows idea of ‘stacks’ making it possible to swap memories and minds between bodies.
Science fiction has long asked the question of what makes us, us, and what would or could happen if technology was able to store, copy or transplant that information into a machine or another body.
Many of you may have thought that this technology is centuries away and that dealing with the consequences that this could have on society would fall on the shoulders of our descendants.
But no!
The technology is here today, well almost.
An Israeli team of scientist have recently discovered that memories leave a genetic mark on our brains.
This being the first step of a theory that says we will be able to read, replay and store these memories.
Dr. Clea Warburton from the University of Bristol says the proposal is fascinating, she added that the download would have to take place immediately at the time of death as proteins found in the brain degrade very quickly when a person dies.
These proteins she mentions are known to be a major part of the mechanism used by the brain when it creates new memory pathways in the mind.
This idea was tested by taking the ever unfortunate test subjects ‘rats’ and subjecting them to pleasure and pain.
These rats were given everything from painful illnesses to hits of cocaine all to see how these brain proteins reacted.
The rats were then killed and dissected as the scientist looked into which genes were seen to express change, changes occurred in seven areas of the brain.
These areas were known to be used in memory formation and included the hippocampus and the amygdala.
A pattern was observed on the rat’s brains and this lead the team to the idea that a rats memories could be mapped with 90% accuracy.
These are the first steps in understanding genetic encoding when it comes to memory, and the team have plans to continue research with the end goal being to test this theory first on live animals but ultimately on humans.
This technology must make us the question, what is consciousness?
Is it something that can exist without memory or is our consciousness made from memories?
Both questions have huge implications to this technology and to us as people.
Recent research states, an identity defined by morals stands not by memories.
Bobby Azarian writes:
"It appears that it is not our intelligence or our knowledge of the past that defines us, but instead our moral behavior. Essentially, identity is not what we know, but what we stand for."
Others would disagree with this idea, and say Consciousness could not exist because the only things you could "experience" would not have any context. It would simply be an endless flow of sensory information and automatic motor response.
I think this highlights one thing, we still cannot define what makes something conscious and until we can I think that technologies like this should be put on hold.
If or when we create devices that can replay memory would we actually be creating a new consciousness?
If this technology is conscious what rights would it have, would deleting or altering it not be akin to mental torture and abuse?
These are complex questions and we haven’t even mentioned the religious aspects of this, a person soul. 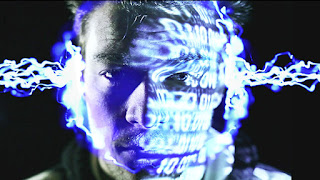 If scientist move forward with this where do you see this technology leading?
Do you think that memory is what make consciousness?
Would you be willing to have your memories’ mapped upon death?
Let me know in the comments below.