The secret City of London

The secret City of London 'IF' They are the Illuminati?

Britain has been at the forefront of world politics for centuries, after having one of the largest empires in history. We now see the island nation dealing with the decision to leave Europe and even countries within the UK wanting to claim independence.


But does England have an ace ups it sleeve when it comes to wielding power?


Is there a somewhat hidden group that manipulates and has control over banking and finance and global power?


In this video we take a look at “the city of London.” 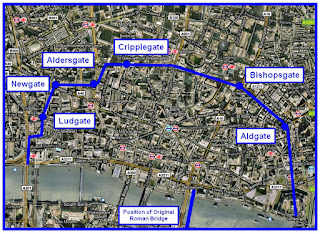 Most people know that London is the capital of the country, the home to parliament and the queen.
The historical capital has been the seat of power for 2000years.
But hidden within this city is an old center of influence a group central to many conspiracies, a powerhouse of influence in areas like banking and politics.
The real ruling elite.
Where does this conspiracy begin?
Like so many conspiracies, their rise to power began with the knights Templar. 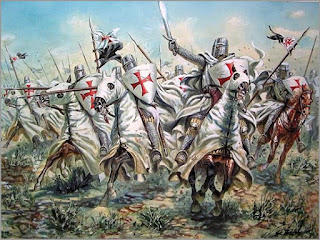 This old order of Christian knights whom rose to power and great wealth during the eleventh century.
These warrior monks tasked themselves with the protection of those that made pilgrimage to Jerusalem, These pilgrims were often targeted by thieves and bandits, and this is when the Templars hit on the idea of creating a method of transporting money and wealth without transporting valuable items.
With a system similar to todays check books.
The Templars would give the pilgrim a note of promise, this note could then be redeemed at any of the Templar strong holds on the journey.
This protecting the gold and other riches from theft.
As you can imagine this made them extremely wealthy to the point where they became rich enough to purchase the entire island of Cyprus.
Their home was however England, and all moneys made were funneled back to the city of London.
This wealth was used to build the temple church in 1185, This Church sitting at the center of the great city.
The building is not a grandly adorned, its subtle architecture reflects the design of the Holy Sepulchre of Jerusalem. This is where the knights would congregate to worship and make their business dealings.
This was until the order was disbanded 1307.
But did they disappear or did they just hide inside a new organization?
This temple land and seat of power within what could be considered one of the most important cities of that time was handed to another secretive order the Knights Hospitaller.
These catholic knights influenced much of Europe until they themselves were on the wrong side of history with the protestant reformation. This saw them kicked out of many countries however they can still be found today in the group known as the knights of Malta.

The church and the center of power was then leased to lawyers in 1346, was this forward thinking as they knew the importance legal process would become in the future, and how even today it’s the law makers whom hold real power.

This brings us to our modern age and the question we asked at the start of the video, does England more specifically the city of London hold an ace when it comes to world affairs?

This group of law makers did not sit idly back in their historic capital, they evolved and became the group we know today as ‘The Corporation of the City of London.’
The small square mile of land they own projects its influence over the whole of Britain and beyond.
In this area there are 25 electoral wards, these wards oversee the 9000 people living in the boundaries of ‘The city of London.’
These votes may give some influence but the real power is that of the last 21 voters, these are controlled by corporations, mostly banks and other financial companies.
These banks and businesses hold all the same rights and privileges of a person. This group is thought to be structured in the same way as freemasonry.

This plutocracy consists of four layers; common councilmen, aldermen, sheriffs and the Lord Mayor.
To qualify for any of these offices, you must first be a freeman of the City of London.
What’s a freeman?
Well to qualify it’s necessary, but not compulsory, for the person to belong to one of the City livery companies: medieval guilds such as the worshipful company of costermongers, cutpurses and safecrackers.
A list that sounds like something from a Dickens novel.
This may make you ask, what is an alderman, sheriff and mayor?
A sheriff must be elected from among the aldermen by the Livery. To become Lord Mayor you must first have served as an alderman and sheriff, and you "must command the support of, and have the endorsement of, the Court of Aldermen and the Livery".
You also need be extremely wealthy, as the Lord Mayor is expected to make a "contribution from their private resources towards the costs of the mayoral year.
“This is, in other words, an official old boys' network!
This all means that group continues to have vast sums of cash, this cash is used to manipulate and coerce political opinions expand the influence of the banks into areas of business and property and support the lobby for policy which favors these banks.
This was seen with heir support for deregulation of banking, this leading to the financial crash of 2008, and this group has and continues to operate outside of parliamentary regulation.
This is where we can see the conspiracy of global influence come into play. This lack over accountability is what enabled the American banks to evade the rules set by their own government and bring Global economic systems to the brink of failure.
And here in lays their power.
The power of the city of a London coming from the fact that they are almost a country to themselves setting their own rules and amassing great power and wealth often through the misfortune of those outside of their boundary walls.
These people are the global elite, the hidden hand, and the manipulators of markets, dare we say the real Illuminati.

Did you know about this secret power house hidden in plain view?
Do you think they should be allowed to continue regulating themselves?
Let me know your thoughts in the comments below.