The Village of the Dead

WE have all heard a legend or two about mysterious disappearances, in this video we look into one such story.


A spooky place known as the village of the dead, this story has it all UFO’s the paranormal and a cover-up.


Let’s take a look at the Anjikuni mystery. 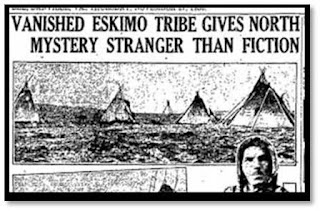 History is peppered with the disappearances of large and small groups of people.
We could be talking about the lost settlers of Roanoke, or the mysterious vanishings in the Bermuda triangle.
But
In this video we take a look at Canada and one of its most mystifying tales.
During the first half the twentieth century an Inuit fishing village with a population of over 30 men, women, and children disappeared without a trace.

This village was called Anjikuni and was located in the kivalliq region, on the banks of the river Kazan.

The village was a busy fishing hub, and a thriving little place, no one would have any reason to suspect that its entire population would vanish seemingly overnight.

The area did however have a dark history, native legend told of spirits and the wendigo a shape shifting creature of the first nation’s peoples which stalked the area.
The first person to report the strange occurrence was a fur trapper named Joe labelle.
He told how he had traveled to the village to escape the ever increasingly cold weather.
Upon his entering of the village he saw smoke rising from chimneys and headed toward a hut for some rest and shelter.
Knocking on the door, he received no answer.
Easing the door open, as not to startle those inside, he peaked around the open door only to see a pot of stew bubbling and burning over an open fire.
Calling out to those in the property, there was no answer. He decided that he should attempt to find the home owner and alert them of his presence and ask for a place to rest.
‘Joe a fur trapper was used to long periods of isolation and the type of man not to be easily spooked’
Found himself on an eerie exploration of the town.
What he found confused and scared him.

Everywhere there were signs of life, half-finished meals, seal skins placed down on the table as if whomever had been working on them had just taken a break.
Food reserves were well stocked and kayaks and weapons were left in their place of storage, there was no indication of struggle or panic. There were no trails leading from the buildings to the outside or from the streets of the village to the wilderness beyond.
The residents had seemingly vanished into thin air.
Fearing the village more than the terrible weather, Joe fled for help.
Finding the royal Canadian mounted police and telling them of his findings.
The police in disbelief, quizzed the man over what he had seen.
This is when he revealed that a few days prior to his arrival at the village, whilst he and his sons had been staying at their cabin well beyond the village limits. They had seen an enormous bullet shaped object flying through the skies.
This object brightly illuminated and seemingly changing shape as it flew.
The Mounties then traveled to the village to investigate and found things exactly as the trapper had told.
In addition a macabre discovery was to be made, the Mounties found that the graves of villagers had been exhumed and the bodies had also vanished leaving no trace.
The officers whom were tasked reported this on their return and told tell of blue flashing orbs appearing on the horizon, and almost monitoring them in their investigation.
This is where the conspiracy and cover up creep into the story.
This disappearance was reported in a 1939 newspaper by a journalist named Frank Edwards.
The story quickly gained traction and became one of Canada’s greatest unsolved mysteries.
Fueled by this stories success, the reporter went on to pen the book “Stranger than Science.”
This is when the royal mounted police came out and claimed the whole thing was a fiction, created to bolster book sales and turn a profit.

Others think this is where the cover-up begins the Canadian police are hiding what could be the biggest case of UFO abduction known to mankind. 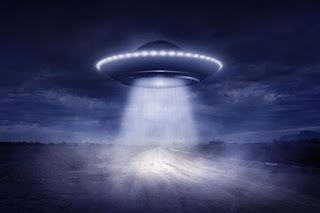 Others say the UFO idea is wrong and the disappearance is a paranormal phenomenon.
They claim that demons took the people.
On demon in particular.
The Eskimos evil spirit Tornrark.
This evil entity is said to descend from the clouds and snatch up the unwary, sacrifices of animals were carried out to appease this so called “great devil”
What really happened to these missing people?
Is this a hoax?
Do you think that the truth of the incident is being hidden?

Let me know your thoughts in the comments below