'IF' Men in Black patrol Japan?

Men in black have been a existing belief with in the ufology movement since almost the very start. This group of mysterious men are regularly seen during or after UFO activity.
Most of us are familiar with the idea thanks to books and movies.
What you may not know is that appear at other phenomena and in other countries, in this video we take a look at the Japanese men in black. 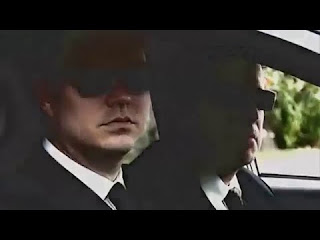 These mysterious figures are said to have a strange appearance with features which make them appear to be something other than human.
What you may not know is that these group of MIB look into a different kinds of paranormal events.
The Japanese men black are not only tasked with looking into the unidentified flying objects and alien sightings.
They also focus their attention on another strange cryptid creature the ningen.
Ningen are a strange cryptid, said to be extremely large and found mainly in the pacific, Antarctic and Atlantic oceans.
They are snow white in color with the only distinct facial feature being two very big eye.
They have a small slit like mouth and some have reported flexible arms and legs.
This mysterious animal took the cryptic world by storm after it was featured on a popular Japanese forum which reported that an animal matching the description was hauled onboard a government research vessel. 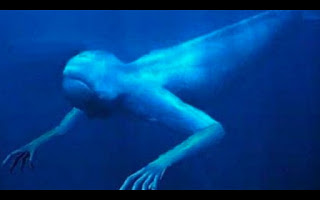 This is when the men in black are said to have arrived on the scene and intervened.

The Japanese government are thought to be working in collaboration with the men in black and its is told that they became heavily involved with the investigation of this animal.
This because of the large number of videos and photos and reported sightings that started to flood the web.

This is where we enter the strange world of these Asian men in black. The agents, if that is what they are, would appear to witnesses or those posting content online.
These men are reported to follow a standard appearance, wearing a simple dark hat, this in its self is quite an odd thing for Japan, and Dressed in a black, ill-fitting suit and carrying an oversized black leather briefcase.
Their look has given witnesses a sense of unease.
One reported sighting of these men said that they looked like they were wearing badly applied disguises.
This sighting stated that although the day they were seen was not very warm, the MIB were sweating heavily.
This sweat causing their skin to become streaky, under this skin tone covering, a paler skin was revealed.
The facial appearance is also said to be a little odd, looking like a combination of a baby and old man.

When a sightings of the ningen does occur or people report having evidence of the cryptid, these men often appear.
They arrive with no announcement and ask many questions and often wish to confiscate the evidence and take it away with them to who knows where?

If the witness posts online they are almost immediately met with a barrage of anonymous comments which demand the pictures or video be taken down.
This could show that the MIB have online presence and monitor the web for activity that is related to mysterious events.
This seems to be done without giving any form or identification from the commenters, the messages originate from a group of users all using varying screen names and varying IP addresses.

Those that have received one of these strange visits say that the experience is very odd, the MIB are very similar to their western counterparts appearing almost robotic in their actions and mannerisms.
One could surmise that the men in black are in actuality a global group.
Working with the governments of the world to collect document and maybe hide evidence of sightings to what end we can only guess.
Working around the globe they may alter their appearance to suite the culture in which they are appearing.
This group is not a modern creation.
Legends of blacked clothed men date back centuries and are not bound by culture or country.
UFO sighting are the most common event at which western MIB are reported but with our Japanese MIB’s we hear of more appearances in regards to ningen investigations.
This being said they are often seen at other odd occurrences such as ghost sightings and paranormal activity even at many of the reported cryptid sightings.
Historically these weird characters have a long record, men in black appeared clad in dark robes and black turbans in biblical stories.
These sighting continued through the middle ages with Europeans living in fear of black dressed men whom roamed the wilds, often performing vampyric acts on wandering people and cattle.
This is interesting due to the reported cases of MIB’s being seen at or around cattle mutilations.
What is also very interesting is that western sighting often give these men a slightly Asian appearance and we are talking about Japan.
Other countries in this region have legends of a race of humans that were said to be superior and resided underground.
This linking the MIB to another mystery we covered on the channel “Hollow Earth”
Check the link above.

Tales tell of how they would send spies into the world of man to watch and sometimes manipulate the actions of humanity.
It would seem that this is a role which they are still performing to this very day.
Which of these origins do you think could be true?
Do you think that the MIB are human or something else?
What do you think they could be?
Let me know your thought’s in the comments below.