The magical herb Silphium 'IF' its forever lost?

Today the power of plants and a magical herb from Rome
Silphium.
In this video we look at the amazing qualities and the mysterious disappearance of this favorite herb of the kings and emperors of old.

We all know about the magical qualities some plants have,
From the amazing health benefits of marijuana and its enjoyable side effects to the mind expanding effects of the plants used to brew Ayahuasca.
These plants and their active chemical compounds have allowed humanity to cure disease and expand the mind, some have even put forward the idea that they are responsible for the development of our intelligence.
The stoned ape theory claims that by ingesting such herbs we were gifted our high intellect, but it’s not all trips to other dimensions and miracle cures and increasing brain ability.
Many plants can provide a high but at a terrible cost from the everyday drugs like tobacco to the highly addictive heroin and cocaine we see the negative sides to these plants being used.
But what if there was a herb that could provide all the positives with none of the negatives?
This week sees the release of the movie Black Panther.
In this movie and the comic book from which it is adapted, the hero gains his powers from eating a heart-shaped herb.
This grants him enhanced strength and instincts, allowing him to fight on a par with the comic books and movie strongest, fastest and toughest characters.
This is just fantasy right? 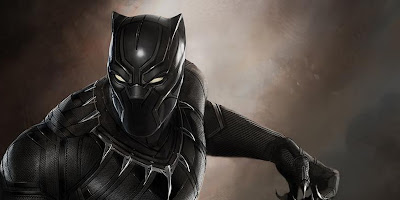 The plants we find in nature could never match these creations from the comics?
Well maybe there is or I should say was a plant that did!
Silphium.
So what was this wondrous plant?
What made it so special and why don’t we hear more about it today?
Silphium was a pretty unassuming looking plant with stout roots, stumpy leaves and bunches of small yellow flowers.
This plant was not collected for its beauty but for the elixir provided by its sap, this sap was so delicious and useful, the plant eventually became worth its weight in gold.
The people of the time had a list of uses as long as your arm for this herb, it was prepared in a number of different ways to provide a number of different effects.
The stalks were roasted, sautéed or boiled and eaten as a health improving vegetable.
Roots kept fresh, dipped in vinegar and eaten provided a tasty cure all.
It was used as a preservative and when it was fed to sheep, it was said to make their flesh become amazingly delicious and tender.
Silphium-fed sheep were the ancient equivalent of today’s Wagyu beef.
Its sap was dried and grated over dishes from brains to braised flamingo. A dish known as “laser” Roman haute cuisine.
The uses didn’t stop in the kitchen
Its delicate blooms provided a sweet, sweet Perfume.
It was also a panacea for numerous ailments.
Used to treat growths and feral dog bites and also as an aphrodisiac.
Its juice was drunk to increase libido and applied “to purge the uterus”.
The first genuinely effective form of birth control.
And in an amazing coincidence the seeds these tonics and potions were made from were heart shaped just like the herb used by The Black Panther!
This plant was valued so much by the Romans it was immortalized in poetry and song.
I guess thinks haven’t changed that much, listening to today’s music many sing about the effects marijuana in the same way.
Silphium was such a valued commodity that for centuries, kings and rulers held a monopoly on the plant.
This monopoly lead to the creation of great wealth surrounding this plant, the city of Cyrene in Shahhat what is now modern day Libya became the richest place in Africa.
It was so important to the local economy its image was added to the local currency, the demand for and trade in this herb saw people using as a form of investment.
It is said that Roman emperor Julius Caesar had a cache of 1,500lbs of the herb in his official treasury.
So surely something so value would be guarded, kept safe, insuring a stable supply and a constant stream of revenue.
Sadly, no!
Silphium has vanished it cannot be found anywhere in the region and has yet to be found anywhere else on the planet.
The last piece of this fantastic herb was said to have been in the hands of Emperor Nero around 54-68AD.
Today our knowledge of the plant comes from ancient text and images.
People are divided some thinking that this plant has been driven to extinction while others believe only the knowledge of it to be lost and that it could be hiding in plain sight as a Mediterranean weed.
The problem is that this plant was only known to grow in a narrow region, its entire range was thought to be only 125 miles by 35 miles.
This scarcity saw the supply only last 100 years!
One would think that like most plants that are in demand they should have used agriculture to farm and maintain a supply
But try as they might, neither the Greeks nor the Romans could work out how to farm it in captivity. Instead silphium could only be collected from the wild.
This may have helped build the mythology that surrounded the plant, thought of as a gift from the gods found only in one magical place.
The herb was attacked from all sides – overharvested and overgrazed.
And throughout it all, it may also have been undermined by its own biology.
The plant is thought to have possibly been a hybrid and once it had hybridized it stopped reproducing from seed but spread asexually, using its roots.
When the Greeks tried to grow some from seed it was a failure.
This forced them to make strict rules on how much of the root could be harvested at any one time, which suggests that if enough was left in the ground, it would bounce back. But inevitably the economics of supply and demand kicked in.
As the plant’s value increased, unscrupulous smugglers may have taken the whole lot.
Living the world sadly free from silphium.
We may never learn the truth about silphium, was it as potent as claimed?
Did it do the things the people of the time said it could?
But there is a lesson we can learn from its decline.
The last survey of Cyrene showed that many of today’s species are in rapid decline, as land is given over to deserts from overgrazing.
The Roman Empire may be long gone – but it seems we’re repeating the same mistakes.
There are many plants out there that we have yet to discover and try to use, their effects may be as amazing as the ancient herb or may offer more.
Who knows we might find something that could match the fantasy of herb of the Black Panther comics that IF we heed the lesson provided to us by silphium.
Do you believe that this plant could do what was claimed?
Do you think there is a chance we will rediscover it?
Do you think there are more magical plants for us to discover?
Let me know in the comments below.
at February 10, 2018