Night Crawlers 'IF' They stalk the night?

Night Crawlers 'IF' They stalk the night?

The Night crawlers
And no!!! We aren’t talking the 90’s one hit wonder or the blue teleporting mutant, but a magical mystical creature that may stalk the night.
These weird creatures have a very unique appearance they are extremely tall and thin and do not have arms.
They are said to be a peaceful race having lived alongside humans for hundreds of years.
These creatures are common to many tribal myths and legends, the Native American tribes accept their existence as fact.
For most of recorded history these creatures have had little to prove that they do indeed stalk the night, but with the development of cctv cameras their nightly escapades may have finally been documented.
In 2011 the security cameras of Fresno California captured what is claimed to be night crawlers.
The creatures were then also spotted for a second time in Yosemite National park.
The video of these creatures shows two of these beings moving strangely across some ones front lawn.
The body movement is very odd, they almost flow across the ground their knees bending in the opposite direction to that of a human.
The video shows that these creatures do not appear to have arms which would fit with the night crawler description of legend, however they are not exactly tall.
Looking at the video an estimated height of around 3 foot would be accurate. This does not fit with the extreme height reported in the Tribal tales.
Unless, these could be juvenile night crawlers? 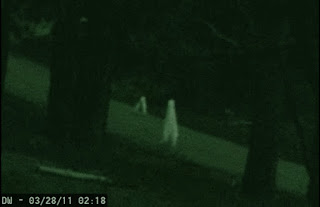 The second reported sighting of these creatures from Yosemite national park
Shows the slender cryptids making their way along a hillside again showing the same strange movement and appearance.
There have also been many photos of night crawlers and artefacts reported to prove the existence of night crawlers.
A series of pictures surfaced in Florida these pictures were said to be originally from a woman in New Jersey
They showed statues and wood carvings of supposed night crawlers
A recent investigation for television claimed that the strange figures are indeed the night crawlers of Native American legend and have lived in these areas long before they were populated by humans.
Could this strange race be yet another lost race of hominid or maybe something not from this world?
Or it could all be just one big hoax?
This unexplained phenomena has many perplexed and looking for answers, do we need to find answers or should we trust in the tales of the Native tribes of the region. 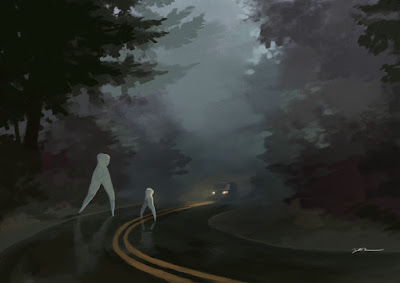 What do you think night crawlers could be?
Let me know your thoughts and theories in the comments below. 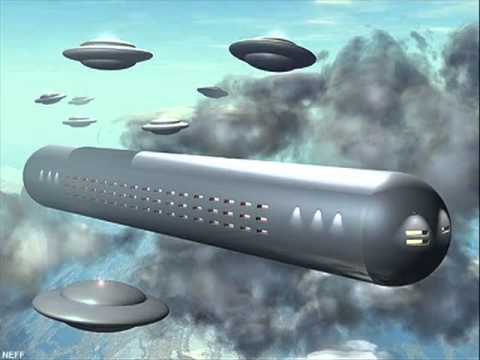