Evil Eye 'IF' we can avoid the curse?

Today The evil eye is an increasingly popular symbol.
Used For warding off the mystical evil forces of this world, no charm is more powerful or recognizable.
In this video we look into the who, what, and why of the evil eye. 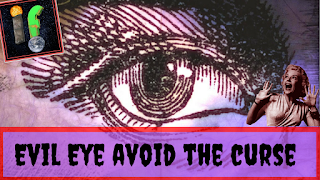 The cobalt-blue eye strikes a bold image, this image has been seen in many places, from the pyramids of Egypt to movies and recently with Dr. Strange who uses its power in the pages of the Marvel comic and movie.

In modern times the evil eye imagery has been seen almost everywhere, frequently appearing in music videos and film it would seem this iconic symbol has been endorsed and embraced by A-list celebrities.
This has made the symbol very popular and this has resulted in countless pages of online content teaching people how to make their own evil eye bracelets, necklaces and keychains. 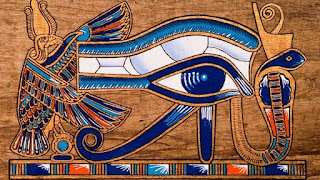 This recent popularity is not new, for thousands of years the symbol has maintained a steady hold on human imagination.
So what are the evil eye’s origins?
There are some important distinctions we must first make between these charms and amulets and the actual evil eye.
The amulets have been around for as long as the symbol and are meant to ward off the powers of the eye.
Known as a nazar the object is created to counter a curse.
This curse often indicated by a malicious glare, usually inspired by envy.
So these curses are quite simple in nature, stemming from the belief that anyone who achieves some modicum of success will attract envious stares.
Heliodorus of ancient Greece, wrote, “When any one looks at what is excellent with an envious eye he fills the surrounding atmosphere with a pernicious quality, and transmits his own envenomed exhalations into whatever is nearest to him.”

The evil eye and its gaze is cast across many cultures. Frederick Thomas Elworthy compiled a comprehensive list of the legends that refer to the evil eye.
His writings in “The Evil Eye: The Classic Account of an Ancient Superstition” provide great insight into how the symbol is viewed across these cultures.
From the beliefs of Greeks and the tales of Gorgons whose look could turn a man to stone to Irish folklore and even the Quran and the bible refer to the eye and its power.
The power attributed to eye the goes beyond biblical tales and folklore many great thinkers considered the eyes power to be real.

The Greek philosopher Plutarch offered a scientific explanation for his time, he thought that
The human eye had the power of releasing invisible rays of energy that were in some cases potent enough to kill children and small animals.
Plutarch added to his claims by saying that certain people possessed a stronger ability, citing groups of people to the south of the Black Sea as being uncannily proficient at bestowing the curse.
Could these people be the ancient ancestors of the Romani Gypsies and explain their association with curses?
Plutarch warned the most skilled at delivering a curse are those with blue-eyes.
Others see the ability to curse others as a curse itself.
Polish folk tale tells of a man whose gaze was such a potent carrier of the curse that he resorted to cutting out his own eyes rather than continuing to spread misfortune to his loved ones.
With so many people fearful of the evil eye and its terrible stare it’s not surprising that efforts were made to negate its power. This brings us back to the nazar.
The first nazar amulets can be traced back to 3300 bc.
Ancient amulets have been excavated in Tell Brak, one of the oldest cities of Mesopotamia. What is now modern day Syria a country currently living under the curse of War.
While the alabaster idols of Tell Brak seem to be one of the oldest eye amulets discovered, they are a far cry from the typical blue glass we know today.
The earliest iterations of these didn’t begin appearing until around 1500 BCE.
How were these early prototypes of Tell Brak distilled into the more modern versions?
These nazar were a little different to those that we see today, made from alabaster they did not have the familiar blue of today’s charms.
The blue charms did not start to appear until 1500 BCE, and mostly came from the Mediterranean regions.
Several blue ‘Eye of Horus’ pendants have been discovered in Egypt.
Egypt being such a powerhouse of a culture at the time could explain the popularity of the colour blue becoming associated with the evil eye.
Phoenicians, Assyrians, Greeks, Romans and, the Ottomans all feared the evil eye and as they traveled the globe they took their fear with them.

Spreading the belief along with trinkets and charms to ward away the evil.

The belief became so ingrained into so many cultures to this very day it remains largely unchanged, we still see the image being painted on modern machinery from planes to tanks much in the same way as the ancients adorned their ships.
An effort to ward away bad luck that has not changed over millennia.
The eye is not immune to change and as we said at the start, today its use is common but what the symbol represents is a little different.
Often thought of as a secret sign shown by those that have joined satanic cults, or maybe more famously tied to that ultimate of secret societies the illuminati.
The evil eye and its meaning are morphing into something else.
A symbol that means awake, those that cast it indicating that see the truth behind todays modern world.
To use the symbol or wear an amulet flippantly without such knowledge might not only render its protective abilities useless, but could incur an even more potent curse.
– If that’s something you believe?
Let me know your thoughts in the comments below

Catch up with the latest @WeareIF 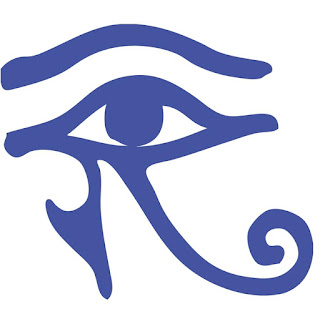