U.S The next Civil war?

Lets take a look at the United States a country that is becoming increasingly divided.
We ask if this division could end with a new civil war! Has the countdown to war begun?
At the stroke of midnight Friday 19 January 2018, the federal government shut down.
Negotiations crumbled as Senate Democrats blocked a four-week stopgap extension, this causing the fourth government shutdown in twenty five years.
Critical government functions did continue, with uniformed service members, health inspectors and law enforcement officer’s continuing to work without pay.
Both parties were quick to blame the other. Democrats laid blame on the Republicans, who control both chambers of Congress and the White House and have struggled with building an internal consensus. Republicans declared that Democrats were responsible after they declined to provide the votes needed to overcome an immigration policy filibuster.
This infighting and growing vocal opposition to the President is beginning to manifest some darker resentment.
There is a chasm forming in the US, can this be solved?
Will we see an escalation in violence? 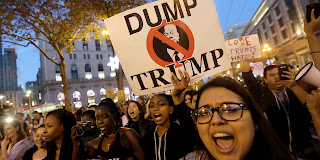 It’s easy to think that a second civil war may occur in a similar way to the first: two institutionalized factions wielding armies against one another along strategic fronts.
Generals choosing a side,
Troops from all sides fighting to claim victory this once again seeing brother fighting brother.
The outcome a winner-take-all restructuring of the United States and its power base.

However in this day and age it’s not how wars are fought.
We would most likely see networks forming, tasking small strike force units, a guerrilla based war, no monolithic forces clashing in huge face to face battles.
A Homeland conflict would be asymmetrical, as groups split along racial, religious, and economic lines.
These groups would more than likely use high-value terror attacks against soft and hard targets.
This combined with light skirmishes along the overlapping edges of their networks.
These factions may form, disband and reform using their networks to organize and carry out attacks. Much alike a resistance movement in an occupied country.
The new civil war would have a more digital element than other civil wars. The cyber age opening up a new front with propaganda and media manipulation be critical to all sides.
Network analysis used to map and track these groups across their digital territories and to identify their backers, funders, and agitators.
These backers may also be in the form of foreign adversaries.
The US has been struggling internationally with many bad policy choices causing a souring of many international relationships.
These nations may take the opportunity to fund and support different sides of the conflict.
Also recent immigration changes have divided families and provide a group from which recruitment would be easy, these deportees choosing to fight for a country where they can once again be with their loved ones.
If a civil war doe’s break out one thing is for sure it will be a long drawn out affair.
The impact of the war would be felt worldwide, economically, politically and socially.
Some countries could use the time to assert their dominance over global politics, this could then have the knock on effect of causing more instability globally. 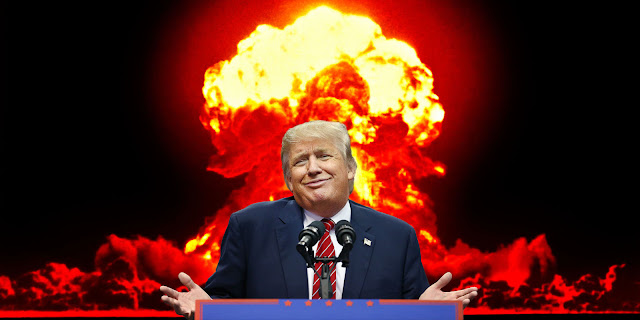 If a civil wars occurs in the US it could well be the first domino of a wider conflict.
Love or the hate the US it undeniable that its presence helps to keep the status quo.
If it was to descend into war the rest of the world may just follow.
For now, America is held in line with a strong rule of law and a fairly strong economy this means most people still have something to lose by choosing violence.
But as the government continues to deconstruct rule of law and economic opportunity, the shutdown being the most recent sign of its dysfunction the likelihood of a second U.S. civil war grows.
Do you think The USA is heading toward civil war?
What global impact do you think it would have?
Let me know your thoughts in the comments below
at January 23, 2018