Future Weapons 'IF' We can destroy Mankind?

WAR it has been with mankind since we crawled form the primordial ooze
Humanity periodically resorts to violence to solve its problems.
These wars often a result of our petty differences, sometimes religious, sometimes political but always deadly.
For most of human history the weapons we used were wielded by warriors and soldiers, from simple spears to the sword and shield military power has driven innovation.
It would seem when it comes to killing we have a ‘nack’ of finding ever more creative ways to wipe out our enemies.
World War 1 saw the move to industrialized warfare, the creation of tanks and aircraft to chemical and biological weapons.
These advances in technology killing 41 million people.
WW2 then furthered this technological race toward destruction.
All sides responsible for some truly horrendous weapons of war, this culminating with the dropping of nuclear bombs on Japan.
These bombs dropped on august 6th 1945 instantly killing 80,000 people.
Now 70 years later we could be facing another global conflict but this time there is a real possibility that we could wipe out the population of the planet.
The technology we use today has become efficiently lethal.
So what weapons could be world killers?
In this video we look at the cutting edge weapons that could bring an end to humanity. 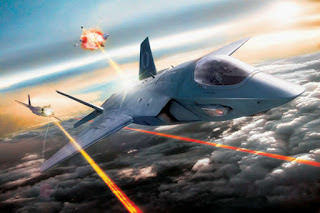 The US air force has been looking into and some say have deployed a new weapons platform named “the Rod of God.”
This technology is a kinetic weapon fired from space.
Satellites orbiting several hundred miles above the Earth function as targeting and communications platforms, while others carry numerous tungsten rods—
These rods being up to 20 feet in length and a foot in diameter.
When the order is given the targeting satellite commands its partner to drop one of the rods. The guided rods then enter the atmosphere, protected by a thermal coating, traveling at a speed of 36,000 feet per second.
The impact of this projectile is comparable to that of a comet or a large yield nuclear missile, you have a wide area of annihilation but without the long term contamination from a nuclear device.
Another reasons this weapon could be so devastating is that they can be loaded and fired in quick succession.
Pummeling one area until there is literally nothing left standing, the blunt force of these rods smashing the earth being enough to level mountains.
The military said that this weapon would not be feasible for 15 years, this was back in 2002.
So we are now in 2018, 15 years later and our skies have been lit up with ever more rocket launches. Rocket technology is becoming cheaper thanks to advances made by private companies such as space x.
Is the US now stocking their satellites with the Rod of God?
I guess we will only know for sure when one is dropped! 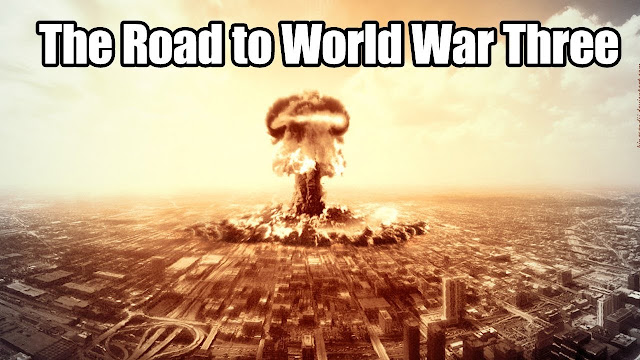 And as we talk of space and its new place as a battlefield of the future, we can’t but help think of that old favorite in sci-fi movies the laser gun.

Laser technologies have been with us for decades now and finally the idea of laser weapons is a reality.
The US navy has deployed LaWs a high-powered laser cannon that can blast boats, drones and other aircraft to smithereens from a miles away.
This weapon was a proof of concept and now these laser weapons have a big brother, once again space based allowing the targeting of anywhere on the planet.
Space Based Laser or [SBL] could render the use of conventional missiles obsolete as it would have the ability to shoot these weapons from the sky.
It could also be used to hit ground based sites causing massive damage over wide areas, this is a weapon there would be no hiding from as the laser heated, melted and evaporated everything and everyone in the strike area.
There would be no defense against a blast that can be up to 2 million degrees Celsius.
The military plan would be to have a number of these SBL’s working together forming a net over the country protecting it or moving them over an enemy country to destroy it.
The only way a nation could defend themselves would be a direct strike on the satellites, this would take a platform capable of maneuvering from Earth’s atmosphere to space without being destroyed and with enough control to avoid being shot down by the defense net created by the SBL’s.
This once again is something we see in Sci-Fi that is with us today.
There have been many aircraft that are capable of this from the x-37b and the British Rapid response aircraft, which use (SABRE) Synergetic Air-Breathing Rocket Engines but the most advanced fighter here today is Russian.
The mig 41.
This next-generation fighter jet will be able to fly in space. As an interceptor it is tasked to counter incoming raids by bombers or cruise missiles.
Flying high and fast with the ability to operate in space, new weapons, new speeds, and a new operational range would possibly allow this plane to strike space based targets.
There is however a limiting factor with this technology.
The pilot.
That is why this laser armed aircraft is pilot ‘optional’.
It can be flown as drone, and this leads us into the last technology that could spell the end of mankind and has been the basis of many a great and movie.
Robots or as they are known today drones.
Drone tech is still in its infancy most of what is deployed in conflicts today has a human controller, they are remotely operated with a thinking mind behind the controls and pulling the trigger.
However we see AI slowly creeping in and taking over this duty.
The short film slaughterbots is a dire warning of what these flying, weaponized robots could do.
We are at the point when we will soon see fleet of drones working together penetrating buildings, evading threats and eliminating targets.
These drones given kill lists or registries of "enemy combatants" and sent on their way.
Swarming an area they would be a constant threat driving people underground, a modern day siege weapon.
Ever watching, ever present and ever dangerous.
This could lead to populations abandoning the areas that have seen these drones used, a situation almost comparable to that of an area hit with a chemical or biological agent.
These places becoming uninhabitable as long as the drones are present.
AI has created a new class of WMD the technological siege.
Let’s hope that if humanity has the intelligence to create such weapons, we have the intelligence not to use them.
We must be ever vigilant to whom we give the keys to this power because today we are at a point of history when the destruction of all humanity is easily at hand.
Do you think we will use these weapons?
Do you think we should put the brakes on military development?
Let me know in the comments below.
I would be very grateful if you could hit that like button maybe share the video with a friend
at January 13, 2018