Telekinesis 'IF' We can move objects with the mind?


Telekinesis 'IF' We can move objects with the mind?

The power to control things with the mind from the Matrix to the Jedi of star wars
We ask if we can move objects with our minds.
What “if any” tech or scientific discoveries are out there to help us cultivate this power? 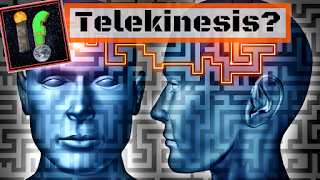 He has shown, more than anyone has before, that it might be possible to see into the future.
Bem knew his research would not convince the die-hard skeptics. But he also knew it couldn’t be ignored.
Some of Bem’s colleagues guessed thought his paper was a hoax.
Other scholars, those who believed in ESP saw his paper as validation of their work and a chance for mainstream credibility they craved!
So science is still on the fence, and those whom are not born with this gift have little hope of developing telekinesis.
Well maybe that’s not the case technology could help us achieve what nature has denied us!
A Boston-based start-up Neurable has created a telekinetic EEG strap.
The Neurable headset, is used to play specially-designed virtual reality video games, players can move virtual objects using only their thoughts.
The game, Awakening.
In which user breaks out of a government lab, battles robots and interacts with objects around them, all hands-free with using only headset.
This may seem like a work around but with VR becoming ever more intertwined with our daily lives maybe this is where we will spend and ever more increasing amount of our time.
If this happens then we will have the power of telekinesis and more.
Artificial limbs are now also being developed that interface directly with the brain, one could say that this is also a form of telekinesis the prosthetic being the moved by the power of the mind.
One thing is for sure as we continue to map the brain and create new technologies the lines between mysterious gifts, fact or not, and real world developments become ever more blurred.
at December 09, 2017