Plant Intelligence 'IF' plants are sentient?


Plant Intelligence 'IF' plants are sentient?

Life fills the earth and so far it is the only planet we know of that supports it
A wide range of animals populate the globe from microbes to whales these diverse forms populate every niche on the planet.
But there is one group of life form that tends to get over looked and are probably the most successful group of living things in all of history.
Plants.
Plants form the base of all ecosystems, they are the producer’s taking the suns energy and converting this light energy into chemical energy in the form of carbohydrates.
Today more and more people are becoming vegetarian or vegan. There is a wide range of reasons why but primarily for most, they do not see the need to make animals suffer for our food.
For them eating plants soothes their conscience, plants do not exhibit qualities that we associate with conscientious or do they?
Science has begun to show that they may indeed be sentient.
Back In 2005, a group of international scientists established The Society for Plant Neurobiology.
This group set out to study the sophisticated behavior found in plants.
In these studies it was discovered that plants are much more sophisticated then was first thought.
They discovered evidence that plants could sense what’s around them and in ways more sophisticated than animals.
How is this possible?
On the root tips of all plants there is a tiny region that functions as a point to gather electrical signals.
This mirrors the way signals are detected in human neurons.
This meant that every single root apex in a plant’s can detect and monitor at least 15 different chemical and physical parameters.
So if plants are gathering so much information how they process it, for animals it’s the brain but for a plant that doesn’t make much sense.
Many animals graze on plants and having all their senses feed into one area that could be easily eaten does not make evolutionary sense.
Instead they have evolved a decentralized intelligence scattered which is spread throughout the root systems.
So if we are using evolution to show their development of sentience, we have to ask why they haven’t evolved movement like animals? 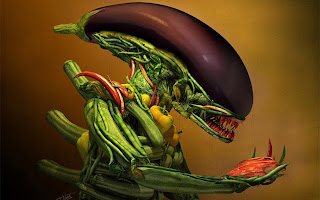 Well plants do move and with intention. A plant flowers and orients its leaves to follow the light, they also go into a form of sleep at night.
Plants have also exhibited the ability to make mathematical computations and even show kindness toward their relatives.
They can recognize themselves and communicate with animals and other plants by using alluring fragrances and a diverse range chemical compounds exuded by their roots.

Another study in 2013, looked at Arabidopsis thaliana and found that these small weeds are capable of making mathematical calculations.
Requiring starch to survive, which the plants manufacture using photosynthesis.
At night, they hold an amount starch in their leaves this saving them from starvation, and this is where the math comes in.
The plants can estimate the amount of time until dawn, and divide their food reserves by this expected time.
This allows them to have enough starch to last until the sun rises.
Manna Center for Plant Biosciences at Tel Aviv University reported that plants can even “see”.
They use photoreceptors that perceive different wavelengths of light.
This kind of vision makes them aware of when something is near them and may even be able to detect colour.
If this is not proof of how plants are sentient, how about plants their ability to recognize one another.
in 2007 plant ecologist Susan Dudley of McMaster University in Ontario, worked with sea rockets—members of the mustard family native to beaches throughout North America.
She investigated whether plants could recognize their relatives.
They discovered that there was less root competition when closely related “siblings” shared the same pot this was opposed to when groups of stranger plants grew in the same container.
This experiment showed that the plants not only recognized but acted altruistically toward their relatives.

Other studies have indicated that plants are capable of self-recognition. The roots of white bursage plant inhibit the growth of other plants they come into direct physical contact with but do not impede the growth of their own roots, meaning that they can distinguish “self” from “other.” 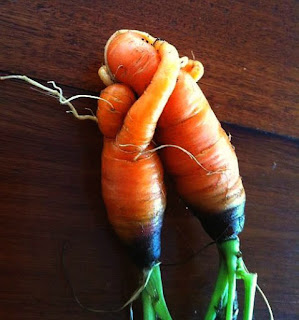 So far it seems that these smaller plants exhibit the most sentience but what about their larger cousins the trees?
Trees compete against each other for light and space. But it is now known that individuals of a species are actually working together, they are cooperating with one another.
This cooperation comes in many forms mother trees suckle their children, they feed the young tree just enough sugars produced by its own photosynthesis to keep them from dying.
It is believed that trees communicate with members of their own species through interconnected roots this in the same way shown on the smaller plants.
What proof of this interaction and support system exists?
Trees that have been felled and thus do not have leaves to enable photosynthesis are found to still have chlorophyll under their bark.
They must be receiving nutrients through this root support system.
It has also been shown that trees like their little cousins trees can and do communicate, we can measure electrical signals that pass through the bark and into the roots and from there into fungi networks in the soil that alert nearby trees of danger.
The trees pay for this service by supplying the fungi with sugars from their photosynthesis. And the fungi in turn protect their host trees from attacks by other dangerous species of fungi and contamination by heavy metals.
So it would seem that there is indeed proof of sentience to plants and with some 300,000 known species on the planet they make up a significant proportion of intelligent life.
So now to the million dollar question, if plants are intelligent what the difference in us eating them is verses eating animals.
Is vegetarianism and veganism more to do with the attributes and personality we give to certain animals rather than the measure of intelligence?
Can vegetarians and vegans claim the moral higher ground?
It would seem that there is only one universal truth and that is life preys upon life.
Will a shift in thinking about plants as sentient beings help save them from the dinner table and the environmental threats they face?
Or is plant intelligence a step too far most?
Let me know your thoughts in the comments below.
And if your name is Groot or you’re a fan of plants hit that like button.
at December 27, 2017