Morgellons 'IF' the disease is real?

Morgellons 'IF' the disease is real?


Morgellons is indeed a mysterious illness, sufferers claim it to be a real sickness while the majority of medical professional claim it does not exist
So let’s jump into it is this sickness fact or fiction?
Morgellons is a strange disorder people suffering from this illness manifest some truly bizarre symptoms.
Sore develop on the skin and these sore contain strange multicolored fibers.
These fibers can range in length from being so small you need high magnification to see them, to being long enough for the naked eye to spot them sprouting from the skin like odd colored hairs.
Granules, worms, eggs, fuzzballs, and other strange stuffs have been reported coming out of the skin.
These sore are said to itch terribly and cause the infected person to scratch compulsively.
Other symptoms reported by Morgellons sufferers are the feeling of movement under the skin and fatigue.
For these reasons, Morgellons disease is sometimes referred to as skin crawling disease.
So what do the medical professional say?
Why it that they say this disease is created in the minds of those that claim to have contracted this weird illness?
Why when there seems to be so much evidence in the form of these fibers and it is clear people are struggling to cope with this skin crawling illness they diagnose it as psychosomatic?
The CDC center for disease control conducted research back in 2008.
They performed examinations of patients testing their blood and urine and analyzing biopsies of the fibers removed from sores. 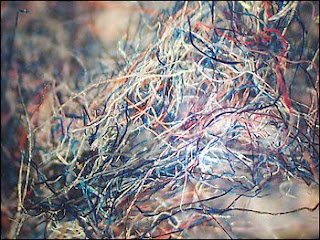 Researchers could not find any common cause of illness among Morgellons patients.

This lead them to believe that those who suffer from Morgellons are actually experiencing a psychiatric condition called delusional infestation.
This condition being the delusional belief that you are infested with parasites.
This condition then sends the patient into a downward spiral the anxiety manifesting physical symptoms the more symptoms that manifest the worse the physical signs.
This circle continues and has the medical definition of somatization disorder.
However not all doctors are so quick to dismiss these disease.
Dr. Greg Smith has been looking to find the truth, this because he himself has contracted the illness.
He has found a lack of support and even belief in the disease and has battling to get the medical community to do more serious research and find a cause and cure for those that have contracted Morgellons.
So what could be the causes it, if it is not psychosomatic?
In 2013 international scientists found Borrelia spirochetes (corkscrew-shaped bacteria associated with tick-borne disease) in skin samples of 4 Morgellons patients.
A larger study in 2015 found the same results.
Despite this evidence the medical community has been slow to acknowledge the association between Morgellons disease and Borrelia infection.
There are more outlandish claims, some claim a small insect known as a spring tail has made its way under their skin others say that it is an alien infection from outer space.
They have a theory that Morgellons is connected to the crash of NASA’s Genesis spacecraft.
The Genesis probe was designed to collect a sample of solar wind and return it to Earth for analysis.
It crashed in the Utah desert in 2004, supposedly showering the earth in ectoparasites that began breeding under our skin. 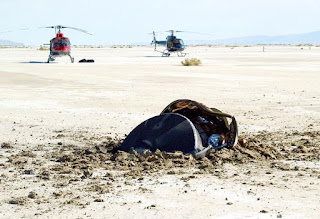 These parasites slowly spreading through the population of Earth!!
So head to the bathroom, grab that magnifying glass and inspect anywhere that you feel an itch.
It could be Morgellons or Mozi bite!
Do you think that this disease is real?
Is it a bacterial infection or alien parasites?
Let me know your thoughts in the comments below
As always catch us on the usual social media
Facebook, google+ and twitter.
at December 05, 2017