Cashless Society 'IF' We need money?


Cashless Society 'IF' We need money?

Cash, wonger, greenbacks, denaro, wedge and Benjamin’s
Money is known many names
It’s something we all know about
Some have too much and others too little and for some it’s considered the root of all evil
But what if it was to go away?

In a world of ever increasing digital currencies, and the surge in their popularity.
We ask what a cashless future may look like, and what implications it may have.
Would it be the paradise of Star Trek, everyone working for the betterment of humanity rather than personal gain or could it be a completely controlled hell?
Devoid of equality and freedom?
Money in one form or another has been with us since the dawn of civilization. It has come in my shapes and forms. 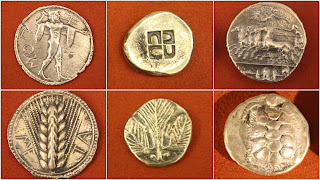