Pole Shift 'IF' its happening now !


Pole Change 'IF' we are seeing the poles shift?

Let’s take a look at pole shift.
What is a pole a shift?
Have they happened before?
And will it happen again?

Pole shift is when there is a reversal of the earth’s magnetic poles.
This is as important as the magnetic field which surrounds the earth acts as a shield defending the planet from the harmful radiation from the sun.
So is the real a problem or just another scenario for those that enjoy some disaster porn.
It is very real?
Warning have come from such places as NASA. And established climate researchers.
The US space agency warns and confirms fears that we may be heading towards this extraordinary event,
The poles flipping would lead to more than us seeing compasses start point SOUTH.
Climate researchers also believe we are heading towards a reversal of the planet's magnetic field,
They also claim this has happened before and attributed to extinction of the Neanderthals.
Without this shield, we are at risk from skin cancer and a worldwide electronics communication blackout.
Today we are seeing Volcanoes, earthquakes, and strange noises from the world’s oceans.

The latest evidence pointing towards a pole shift that, if happens will be very quick, resulting in chaos round the globe.

Scientists whom are part of the UN science agency have tracked these events, and in history of the world there are seventy four known past events.
Core samples taken from around the planet are providing solid evidence.
These samples extracted from thousands of feet down in the earth and from thick polar ice sheets.
They are a record of the climate changes that have occurred over the many thousands of years.
Scientists found   proof of previous Armageddon-style destruction when they found “chaotic sediments” in these core samples.
The samples of earth, rock and ice recorded events from earth’s history, the bands of mud and small magnetically-charged fragments showing scientists, clear indicators of floods, ice-melts and ash deposits.
These Found outside of a cycle these things are evidence of a phase change and indicators of a pole shift.
Bruce Jakosky, the principal investigator of this filed at the University of Colorado, said when the switch does take place, the Earth's magnetic field which prevents the Sun's harmful radiation getting through, would be neutralized for about 200 years.
During this time the Sun's solar blasts are expected to strip away the planet’s atmosphere this mirroring what is thought to have happened on Mars billions of years ago.
He added one not so gloomy thought and that was that 200 years would not be long enough for the Sun to significantly reduce the atmosphere or for life to die out.
However, scientists admit that 200 years without a magnetic shield to defend against the Sun's solar storms, would cause events seen worldwide.
We would see amazing northern lights as the rays hit the magnetic shield.
The defense against harmful UV rays would be hindered, and thinning of the atmosphere could increase the risk of skin cancer.
it may destroy global communications facilities, power supplies, and even lead to fires and rioting on the streets.
There are even prediction that a swap of the magnetic poles will shift the continents so fiercely it could trigger mass earthquakes, rapid climate change, extinctions and global destruction.

It’s said that a pole shift will throw the earth out of balance.
This unbalancing of the planet triggering massive earthquakes, tidal waves so huge we can hardly imagine what destruction they would be capable of.
Volcanic eruptions, so giant and widespread that the ensuing ash clouds and gases blanket out the sun’s rays and triggering a new ice-age. 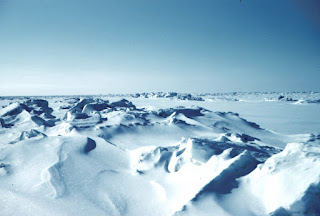 The recent sharp increase in natural disasters and other strange phenomena globally, apparently incidents that a reversal is about to take place.
It is known that the direction of magnetic north has been slowly moving.
Compasses and other devices that rely on this set magnetic position for navigation, have recorded their pole moving progressively quicker towards Russia from its current position above Greenland.
The sun swaps its north and South Pole every 11-13 years.
The impact this has on the sun is a stimulation of solar activity.
The amount and intensity of solar storms increase which have a serious impact on the world.
More signs which could indicate the beginning of a magnetic reversal, Are events like the volcanoes that have begun to erupt round the world.
A recent spike in the magnitude and frequency of earthquakes, some saying this is a sign of the earth’s crust beginning to displace as the pole shifts gains force.
This cycle is said to have started in Indonesia in 2004.

USGS the United States geological society are very concerned with A new MAGMA chamber discovered below Yellowstone NATIONAL parkland.
The GIANT Lake of liquefied rock and iron is in addition to already massive amounts of magma that flow under the park making it one of the world largest super volcanoes.
AN astonishing eleven times the volume of the Grand Canyon.
A pole shift may cause this stone chamber to rupture causing a volcanic eruption so huge it would destroy most of North America and start a new ice age.

Another sign that has recently shown itself is the appearance of a three hundred meter (900 feet) high island appearing off the northern of the tip of Japan.
This island appeared in a single night.
This region was the origin of the 8.9 Magnitude earthquake that smashed Japan in 2011.
Sections of crustal plates suddenly moving from the increase in heat and pressure cause these earthquakes and moving ridges on the sea bed cause tsunamis.
In 2004 sea bed movement triggered a wave that swept around the earth’s circumference 3 times causing tsunamis and massive loss of life in many countries.
These events are said to be linked, like the appearance of the Japanese island.

The new land mass appeared at same time as the 7.7 Magnitude earthquake hit Nepal.
These two events occurring at opposite ends of the Eurasian tectonic plate.
A see saw effect, an event that happens at one end of these plates having a direct correlation to events that will occur at the opposite end.
If this were to happen to all the tectonic plates around the globe the earth’s surface would be radically remodeled and anything living on the surface would be fortunate to survive.


One of the weirdest accounts of nature behaving unusually and providing us with warnings
Are the reports of weird buzzing noises from the oceans before natural disasters?
These have been heard in videos and often people claim they are the trumpets of the angels signaling the end of times.
Geoscientist David Deming has written about the phenomenon called The Hum
He said that sources of The Hum could include telephone transmissions and ‘aircraft operated by the U.S Navy for the purpose of submarine communications’.
And According to NASA, the Earth has ‘natural radio emissions’
‘If humans had radio antennas instead of ears, we would hear a remarkable symphony of strange noises coming from our own planet.
Scientists call them "tweeks," "whistlers" and "sferics."
Earth's natural radio emissions are real and, although we're mostly unaware of them, they are around us all the time.’
Lightning can also produce eerie-sounding radio emissions,
Earthquakes may produce sub-audible sounds, according to seismologist so it is possible that sounds could be a warning of coming seismic shifts.
Maybe if we pay a little more attention to the planet we can hear the warnings and prepare to survive the coming shift.
One thing is for sure if it is going to happen there is nothing we can do to stop it, so we should put our efforts into detecting it and preparing for it.
If or when a pole shift occurs we will be affected how severely is up to us.
Are you concerned with pole shift?
Are you preparing?
HAVE YOU HEARD OF SEEN ANYTHING THAT MAKES YOU FEEL THIS CHANGE IS HAPPENING SOON?
Let me know in the comments below.
at November 18, 2017