Phantom Time 'IF' History is Wrong?

Phantom Time 'IF' History is Wrong?

What if the historical time frame we have been taught is wrong?


What if there is actually a huge period of our history that is fake?


This Phantom Time Hypothesis, claims the middle ages were a fabrication.


Where did this idea come from?


What evidence is there? 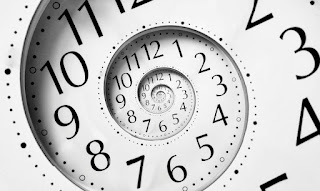 The concept of Time and the calendar are hard facts universally excepted by all,
And the majority of people believe the history we know played out just as historians say it did.
But what if those beliefs are wrong and what we have been told is history didn’t happen is there a conspiracy to hide a large chunk of our past?
According to German historian Heribert Illig the answer is, Yes!
He claims that we are living in the year 1720, and that the Gregorian calendar is fantasy or fabrication, and that a large piece of middle Ages has been completely made up.
The historian claims to have archeological evidence which supports his ideas.
The Phantom Time Hypothesis was put forward by the scholar in 1991.
He claims A conspiracy was entered into in 1000 AD by three world rulers of the time, they wanted to change the dating system used.
Pope Sylvester II, Holy Roman Emperor Otto III, and Byzantine Emperor Constantine VII conspired and altered the calendar making it seem as if the Holy Roman Emperor Otto’s reign started in the millennial year of 1000 AD.
The ruler actually took power in the year 996.
His reason for wishing to change this date was egotistical, his thinking was that 1000 sounded a lot more meaningful than 996.
The trio altered existing documents, and created bogus events in history and even created people to provide false alibi for their created time period.
Those of you out who follow conspiracy news may see parallels with modern false flags and crisis actors, but that’s a whole other topic for some other time.
Its said The Holy Roman Emperor Charlemagne was not real he was not a ruler as history tells us, but simply myth.
A character with more in common with King Arthur and legend than historical fact.
A result of this tampering and forgery of history, an extra 297 years have been tacked on to history.
Illig’s claims may sound ridiculous but he says there is more evidence throughout Europe..
He says that there is an inadequate system for dating medieval artifacts, and an over-reliance on written history.
His research, points to the years between 614 and 911 AD not adding up.
Before 614 there are many records of historically significant events, this pattern is repeated with the years after 911.
The years between these dates are unusually lacking in major historical happenings.
He claims he has also found mathematical discrepancies between the Julian and Gregorian calendar.
The Julian calendar reports a period of 1 year as 365.25 days long,
The Gregorian calendar claims it’s 11 minutes shorter than that.
11 mins may sound like an unimportant amount of time, but add those 11 mins into the calculation of time over the centuries and things can become very different.

The historian also claims that the Roman architecture of the 10th century found in western Europe is from a more modern time period.
Phantom Time may seem way out there but it does have its supporters.
Dr. Hans-Ulrich Niemitz wrote a paper named “Did the Early Middle Ages Really Exist?” in this paper he claims that the period of history is untrue and provides more evidence to support Illig’s claim.
Niemitz writes.
“Between Antiquity (1 AD) and the Renaissance (1500 AD) historians count approximately 300 years too many in their chronology, In other words: the Roman emperor Augustus really lived 1700 years ago instead of the conventionally assumed 2000 years.”
The discrepancies between the Julian and Gregorian calendars are also highlighted in this paper along with the lack of reliable historical sources.
Phantom Time Hypothesis is disputed by the majority of historians.
They argue today’s calendar being correct and use the recorded dates of solar eclipses to support their view.
They also point to documented histories from other parts of the world that overlap with the “missing” time periods.
Could Illig be correct are we living in the wrong year?
What does that mean for my birthday?
Before I go changing my calendar to account for these extra 297 years I would love to know what you guys think.
Is this just a crackpot idea or do you think it’s possible?
at November 22, 2017