Paranormal 'IF' its haunted?

Paranormal 'IF' its haunted?

Let’s dip our toes into the paranormal and look at haunted objects.
From the cursed remains of Tutankhamun to the famously possessed doll name Anabelle
We have all heard the stories if inanimate objects carrying a spirit or bad energy.
In this video we are going to look and see if science may hold the answer? 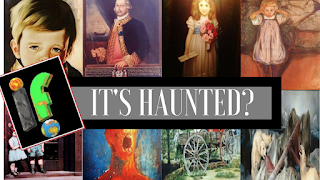 So I guess we should first ask what type of things are said to be haunted
Well here are some of the items that people claim have shown ghostly qualities.
The painting Known as the “crying boy”
During 1950s this painting was particularly popular, the price of these pictures made them affordable pieces of art for many.
“The Crying Boy” was one such painting and was purchased by those looking to add a little sober decoration, but it became famous for a whole different reason.
This picture was often discovered in homes that had become the scene of tragedy, fires and floods occurring at these properties leading to everything being destroyed.
This painting is the claimed cause of these events and all copies of the painting are said to be haunted or cursed.
Go check your garage or attic you don’t want to find this painting stashed away!
If this a little vague how about a dress?
Anna Baker’s Wedding Dress to be exact.
Anna Baker is said to have purchased this garment for her wedding, this wedding never took place. Anna went on living as a spinster until her death in 1914.
The dress was then shown at the Baker Mansion Museum.
People at the museum started notice strange goings on with the dress, they claim to have seen the dress dancing, moving all on its own.

Let’s have one more object for the doubters out there.
We all know Anabelle she has been featured in many movies and the Warrens made her probably the most famous haunted doll on the planet but there are others. 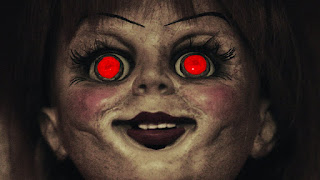 Here is Robert.
Robert Eugene Otto was gifted a doll when he was four years old.
The story which is told claims the doll looked unusually human, dressed in a sailor suit and carrying its own toy stuffed lion.
The doll was named Robert, and from this moment on, weird events began plaguing the family home.
The boy’s parents claimed that they would hear Gene giggling with someone and that they could hear an unknown person with a deep voice in the closed bedroom.
Other strange event occurred furniture was overturned and the boy Robert Eugene began having horrible nightmares
Things disappeared and reappeared, often broken and to add to the mystery and whenever something went wrong, Gene would utter the phrase, “Robert did it.”
So these three inanimate objects are said to hold some kind of Consciousness or energy.
If we are skeptical we could say these odd occurrences are in the minds of those viewing the objects but there could be more to it.
Prominent thinkers throughout history, such as Plato say it’s possible.
There is even a name for this theory.
Panpsychism
Theoretical physicist Henry P. Stapp wrote in a paper about the interaction of mind and matter.
“The idea that the thermostat that regulates the temperature in your house is even vaguely aware of what it is doing certainly goes against ‘common sense, but all matter has consciousness.”

In relation to quantum mechanics he said. The act of observation, an act of human consciousness, has been shown to influence the physical reality of experiment results.
David Chalmers a Cognitive scientist and philosopher goes one step further.
His idea is that it is possible that consciousness is a fundamental building block of physics, and it exists in all things—from human beings down to photons.
He spoke on panpsychism saying “Although the idea seems counterintuitive to us, it’s much less counterintuitive to people from different cultures where the human mind is seen as much more continuous with nature.”
“Physics is curiously abstract,”
“It describes the structure of reality using a bunch of equations, but it doesn’t tell us about the reality that underlies it.”
He also quoted a question posed by Stephen Hawking: “What puts the fire into the equations?”
Maybe its consciousness that puts the fire into the equations, Chalmers said.
.
Some Native American traditions, rocks are said to possess a consciousness and may even be given a name.
Eastern spiritual thought, say a soul can reincarnate not only as a human being, but also as a plant, animal, or even inanimate objects such as a rock.
Stepping away from religion and back to science, Cleve Backster, experimented during the 1960s and his results supported the idea that plants may have consciousness, but also showed that eggs and yogurt could also react to threats.
His finding are laid out in in a book penned by Lynne McTaggart, she wrote
“The Intention Experiment”: “The live bacteria in yogurt displayed a reaction to the death of other types of bacteria, and yogurt even evidenced a desire to be ‘fed’ with more of its own beneficial bacteria. Eggs registered a cry of alarm and then resignation when one of their number was dropped in boiling water.”
“Backster even demonstrated that bodily fluids … registered reactions mirroring the emotional state of their hosts.”
So objects may be able to show reaction that reaction be measured possibly as consciousness.
Chalmers claims that we should look beyond the brain and when we do we may find consciousness in surprising places.
So are these haunted objects merely showing signs of awareness and in our rush to explain these bizarre events we have given them paranormal powers?
I will let you decide.
I would love to know what you think please leave your thoughts in the comments
Below.
at November 08, 2017