Facebook
The social media giant is known in every corner of the globe
A place for people to share their photos funny memes and sometimes darker content
We have seen the media mammoth slowly roll out ever increasing censorship and in most cases this has been justified
No one wants to see ISIS recruitment videos when searching for a family member or a long lost friend
But Mark Zuckerberg the founder of the company has begun to move into the realms of politics and with his media influence this could be world changing.
He recently wrote a 6000 word Manifesto laying out his ideas and plans for the community.
In this comment he uses the phrase “social infrastructure” 15 times so this is obviously an important point for him he writes
“In times like these, the most important thing we at Facebook can do is develop the social infrastructure to give people the power to build a global community that works for all of us.”
So what IF there is an agenda, no big deal right its only social media!!
Well it is a huge deal and could have real world repercussions.
The platform is a major communications network, enabling people to easily contact almost anyone anywhere around the globe and although for most part this is a great way to share wedding photos and send birthday messages for some it is a place to garner support and organize their social or political movement.
And this is where the manipulation begins Facebook can decide and has decided in the past what post they push and which they bury.
The Fake news movement being a good example of this covert censorship.
They are steering the online narrative. 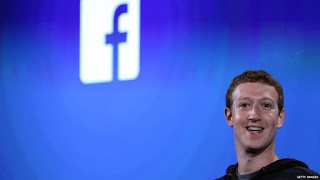 Arstechina reported:
“One example of a meaningful group is a page that helps connect refugees with people who are willing to provide them with housing. Another example is a parenting community that connects parents with each other in their local communities. Essentially, what distinguishes a meaningful group is that it's embedded in our offline lives. They are, in other words, connected to local geographical areas.”
These groups organizing through the platform may seem beneficial to a community and when it is on a small local scale in can be.
The problem arrives when Zuckerberg’s Monster starts to influence actual political campaigns.
Zuckerberg has boasted that his platform can make and break politicians those with the largest following often winning their campaign and going onto to seats of power.
If this really the case this makes Facebook the man behind the curtain the puller of strings and the maker of political careers.
Okay so I hear you saying this what people want, the social platform just providing a place for them to show and share support.
This would be true if there was no motive behind the CEO’s plan but he is not a benevolent leader.
He views the future as global and Facebook as the platform that can form the backbone of a network of people to defeat those that have a more nationalistic view point.
Zuckerberg saying that he's thinking of creating "worldwide voting system"
The danger here is exposure, both viewpoints have positives and negatives and the political systems around the world have been designed to give their citizens an even vote and say on which way they move forward as countries.
Admittedly some governments are better than others, but do we want a hand this power over to a single private corporate entity like Facebook?
Another issue is that Zuckerberg may have an agenda but he will not wield control that is planned to be handed over to machine AI.
He comments that he is not adverse to machines handling the decisions on fake news and abuse but thinks the singularity will have to occur first.
So what do I take away from his ideas and comments?
He is an admitted globalist and his willingness to hand his power over to AI is worrying.
He is just another voice in an increasing movement of people whom feel that we need to become a global community with a one world government over seeing everything.
This plan has been talked about for hundreds of years and you can take your pick of conspiracy channels they will all have something to say on this topic.
The scary thing is that we are now at the point where it could happen
A worldwide network like Facebook manipulated by people and eventually AI could easily maneuver the billions of users into thinking in the way they want.
Any persons wishing to combat this movement being silenced in the digital realm.
IF Facebook moves forward and implements AI control, who’s to know if this AI created out the singularity will even want to follow its masters agenda.
Pick your story Frankenstein’s monster, Terminator and Skynet we have seen these warnings of the created turning on the creator.
A little paranoia could be a good thing!
Or maybe people will just log out and never return, after all the power of the Media Giant comes from its users.
Push those user too far and they may leave your platform leaving the network powerless.
What do think will happen IF Facebook implements AI control?
Let me know in the comments below
at November 28, 2017