Cloning 'IF' De-Extinction is a good idea?


'IF' De-Extinction is a good idea?

Let’s take a look at cloning.
Cloning, we have all seen it in the movies or read about it in books
In these stories, More often than not the consequences man of playing god with this technology leads to disaster.
However in actuality this technology can offer hope to many, its use in the field of medicine is revolutionary.
But today we not talking about that aspect of its use, we are going to look at the resurrection of extinct species.
Let’s start out by saying I don’t think we have to worry about T rex stomping down our streets anytime soon, this because scientist need to start the cloning process by first finding a sample of well preserved and intact DNA.
The chances of finding DNA which has survived millions of year is extremely slim almost to the point of impossibility.
But for animals which have died out more recently there is a good chance of finding viable DNA.
This has in fact just happened, a 50,000-year-old cave lion was found perfectly preserved in Siberia.
This animal once extinct now has a chance to live again.
The frozen body of a cub said to be between six and eight weeks old was discovered in the Russian province of Yakutia.
Locked in the permafrost of the tundra its body kept in an impressive state.
Dr. Albert Protopopov, head of the department of paleontology at the Academy of Sciences believes that the specimen could supply enough DNA samples to clone the species and resuscitate this species.
This seems very likely to happen, we have a cousin species in the modern lion that would provide a viable surrogate feline.
Once this occurs, will it open the flood gates on species resurrection?
Will we see a new gold rush, people frantically searching for preserved remains of long dead creatures in the hope of bringing them back?
Which species are likely to join the Cave Lion and get their second shot on the planet?
The most commonly mentioned candidate for resurrection is the woolly mammoth
Flash-frozen remains of wooly mammoths have been found preserved under the Siberian permafrost, just like the cave lion and scientists hope their bones can be a source of good DNA.
These bones containing marrow cells for cloning. 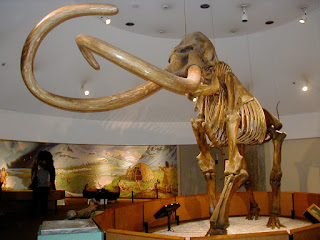 Japanese and Russian scientists have announced they have such bones and predict they will be able to clone a mammoth in as little as 5 years.
They plan to insert nuclei from the mammoth cells into the egg cells of a modern elephant. The animal will then carry the mammoth embryo in its womb until birth and then mammoths will once again walk the Earth.
Another iconic species from the same time period as the mammoth the sabre tooth cats.
These creatures have also been found in states of good preservation.
However the cloning may be a little harder although they are commonly known as sabre toothed tigers they weren’t tigers, they were of a separate genus and they do not have any direct relatives alive today. 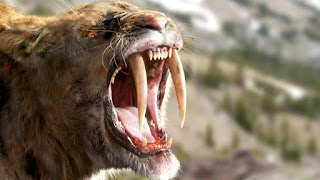 Maybe with the huge leaps being made with gene editing there is hope.
Will we be able to see these icons of the ice age side by side, I think that it would be amazing and people would pay big to see it?
The first zoo or safari park to exhibit one of these will become so profitable the capitalist market will push the cloning of more and more extinct species.
This may sound like we are sailing very close to the shores of Jurassic world but think of it this way if the scientist have the funding to carry out the research and continue bringing back these lost species, we might be able to undo some of the damage we have done.
Animals we have wiped from the face of the earth may get to return, they may not be as exciting as a mammoth or sabre toothed tiger but they will have their second chance.
The dodo and the great auk, the thylacine and the Chinese river dolphin, the passenger pigeon and the imperial woodpecker—all animals’ humans have driven extinct, sometimes deliberately.
Today many more species are endangered, researchers believe that cloning can help reverse this.
I think it is great, I cannot wait to see the first animals brought back from the abyss of extinction.
What do think?
Is this a good idea?
Will it lead to a “Hammondesk” disaster?
at November 15, 2017