Illuminati. 'IF' there is proof ?

Illuminati. 'IF' there is proof ?

Let’s get right into it
You have seen the conspiracies all over the web and you know there is one shadowy group above all others.
These are the puppet masters they are said to be responsible for all the terrible acts that push the world towards a controlled single system of governance.
Who are they?
You already now!
The Illuminati. 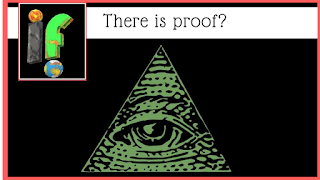 So are they real, do you really want to know?
Firstly it is a complicated story, filled with truths and lies that stretch over many, many years.
Let go back through their history which goes back centuries, to the year America was founded, to be exact.
Are they a real group? Yes well they were, at least.
The Illuminati was founded on May 1, 1776
They correct chosen name was the Order of the Illuminati, or the Bavarian Illuminati.
Very little is known about the founding group but we do know they began life as a very secret society. Started by five key member.
They grew this core group and went on to claim dukes and literary men of Bavaria as members
These people opposed the Roman Catholic Church's power over science and philosophy, and wished to break free from the church and restrictions of their government.
However they didn't stay "secret" for long.
People of the time gossiped about the plans of the group. Some claiming that they were behind the French Revolution and wanted to take other governments to take down.
Adam Weishaupt, a German philosopher and the group’s founder. Controlled the agenda since he was made the chair of canon law at the University of Ingolstadt In 1773.
This university of Bavaria that was heavily influenced by the Roman Catholic Church.
Priest constituting the majority of head position in the school.
At the age of 27 Two years after his appointment as chair of canon law he was made dean.
This when he began to clash with the church he stood against many of the organizations old values and beliefs.
This led him to search out like-minded thinkers who would help him overthrow the status quo.
He approached Freemasons, but he lacked the money to pay the admission.
So creating his own society was the alternative.
He took his group of five and grew their number to thousands,
Secret societies were then outlawed on punishment of death.
Karl Theodor ruler of Bavaria in 1777 created and enforced this edict after only a few years in power.
This was the official end of the Order of the Illuminati.
Weishaupt moving to Gotha, Germany, living in exile until his death.
Or was it?
The Illuminati as an idea has stayed in people’s minds for so long because many believe the group continued long after the ban on secret societies.
It is said that since that day the Illuminati have chased the world's biggest players in politics, industry, media, and entertainment.
Looking to recruit them into the order and influence their actions.
According to conspiracy theories, the Illuminati have been conspiring and scheming working to establish a "New World Order"
A single world government with total control over the planet.
The group supposedly has member agents that control everything from movies, music, banks, governments, and other of the world’s most powerful institutions.
All the time spreading their influence, building resources to enact their strategic decisions.
Theorists have deduced that other secret societies, like Bilderberg Group and the Skull and Bones are front organizations for the Illuminati.
Many theories follow this supposed non existing group.
Nesta Helen Webster's belief states that the Illuminati is run by a Jewish elite their goal is to spread communism and capitalism helping divide the world, so they can then grab control and rule it.
John Birch Society’s Blue Book in 1958, outlined the mission of a society like the Illuminati, and Pat Robertson’s book, The New World Order both Christian fundamentalists claimed  the Illuminati to be a sign of the coming of the antichrist.
All things have been linked the Illuminati to the deaths of JFK, and Princess Diana, as well as the 9/11 attacks, the French Revolution, and many other history changing events.
How can we know if the illuminati was involved people say you must find the hidden Symbols?
Synonymous with the Illuminati is the Eye of Horus and the pyramid.
It’s claimed you can easily find these symbols on television or in films
Proof of their involvement in the many aspect of our lives and society as a whole.

Theorist have seen quotes from past presidents as evidence, like the famous JFK's speech to the American Newspaper Publishers Association and  George H.W. Bush's speech from 1991, in which he mentions a New World Order:
Evidence is said to point to many celebrities.
They use the illuminati symbols in their work.
Occult symbols are said to be connected to the Illuminati, the “OK" hand symbol around a person's eye, is said to denote “666," the number of the Beast.

A 2013 poll found that 23 percent of voters believed that there's a secretive group which have "a globalist agenda and that they are conspiring to eventually rule the world and if they succeed we will fall under and authoritarian world government."
You decide!
at October 18, 2017